The DDR5 memory will at some point ship with up to 12000 MT/s speeds, but for now such bandwidth is only possible with overclocking. The MSI OC Team has just announced it managed to overclock Kingston Fury Beast DDR5 memory to DDR5-10004 spec. 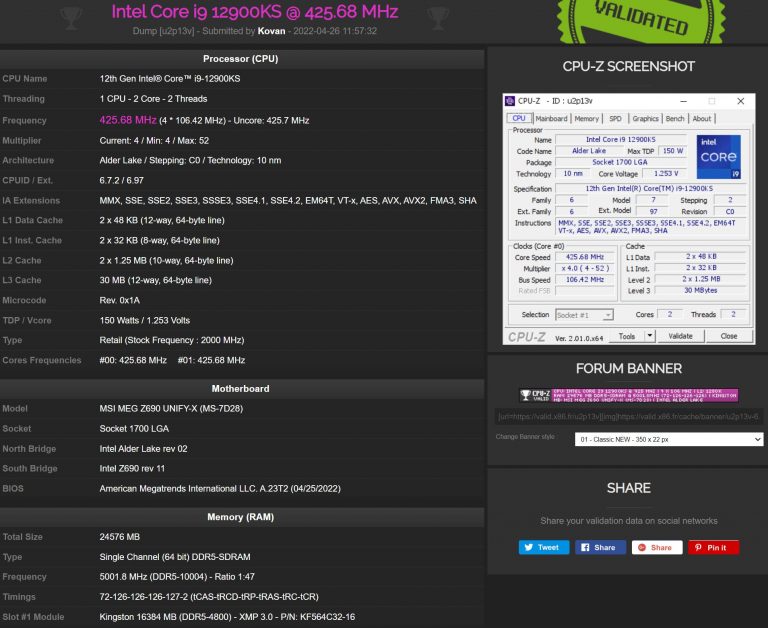 MSI and Kingston have a long standing collaboration when it comes to memory optimization and overclocking. In fact, MSI even bundles its flagship MEG Z690 GODLIKE motherboard with Kingston memory kit rated at 6000 MT/s.

Memory makers have announced their plans to ship 10-12 GT/s memory in the future, possibly when Intel Raptor Lake and AMD Raphael platforms become widely available. High-speed DDR5 memory is not going to be cheap though, the new standard is still at least twice as expensive as DDR4 modules.