The screenshot confirms that this particular engineering sample featuring 8-cores and 16-threads is clocked at 3.4/4.3 GHz at the time when the screenshot was taken. However, since the maximum multiplier is 50, the turbo clock should be 5.0 GHz.

A quick glance over the CPU-Z screenshot reveals that the Rocket Lake-S engineering sample supports AVX512F and SHA instructions, which the 10th Gen Core Comet Lake-S series do not support. The screenshot also confirms that the 8-core Rocket Lake-S CPU has a TDP of 125W.

This is the first showcase of Intel Rocket Lake-S working alongside the AMD Radeon RX 6800 series. 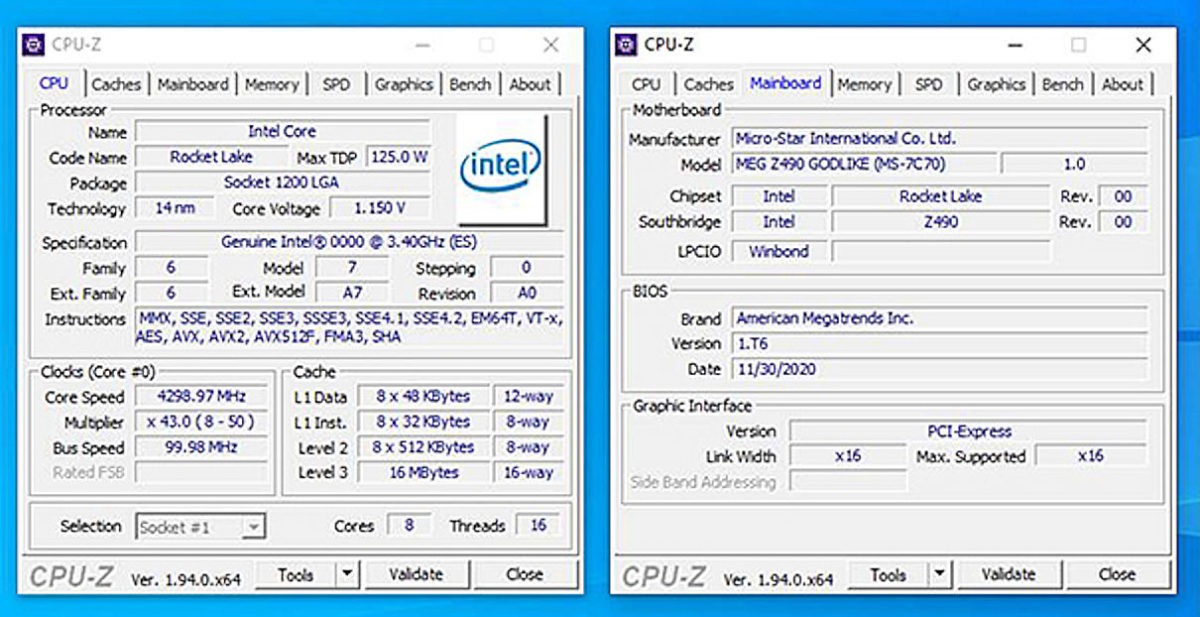 A full screenshot in original quality:

Source: MSI (the PR has been removed, check our copy here) via @harukaze5719