Over at Twitter, we can find the first photographs of the retail MSI MEG Z690 GODLIKE motherboard. 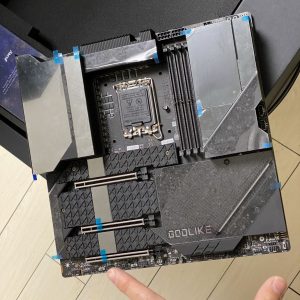 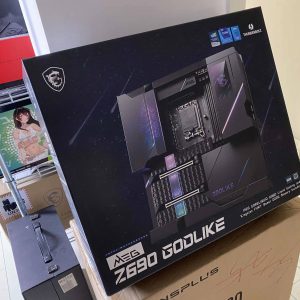 Last month when Intel introduced its Z690 series, the flagship MEG GODLIKE motherboard was not included in this launch. Instead, the company heavily promoted its premium UNIFY and MEG ACE series, but the leaks on the GODLIKE have begun almost immediately.

It looks like the motherboard is just around the corner now. New photographs emerge right after MSI themselves confirmed the final design by listing the board on CES 2022 award website.

Leaker @9550pro posted the first photos of the MEG Z690 Godlike bundle box from a closed QQ chat group. The board allegedly ships with a MEG Core Liquid S360 CPU cooler and 32GB of DDR5-6000 FURY memory from Kingston. The motherboard supposedly also ships with SSD expansion card called M.2 Expander Gen5. It is unclear if the GODLIKE will only be available with this bundle.

According to the leaker, the motherboard is to cost 1399 to 1499 USD. The exact release date has not been shared yet.