We have a picture of the upcoming Z590 lineup from MSI. The picture features three motherboards: MEG Z590 GODLIKE, MPG Z590 Gaming Carbon WiFi, and MAG Z590 Tomahawk WiFi (in order of their importance).

The MEG Z590 GODLIKE is the flagship E-ATX motherboard from the upcoming series.  The board received a massive design overhaul compared to its predecessor. We could say that MSI designers were inspired by ASRock X570 Aqua, however, the MSI motherboard is not equipped with a monoblock. Unfortunately, we do not have any specifications yet, but judging from the leaked picture, the Z590 GODLIKE would offer 20 (18+1+1) VRM power phases, while the Z490 series offered 18 in total (16+1+1).

The rest of the lineup sees upgraded VRM and heatsinks as well. MSI design has clearly shifted to more black/dark grey/silver designs over the past few years.  The manufacturer will formally unveil its new motherboards series this week, possibly right after Intel announcements, which are just hours away from now. 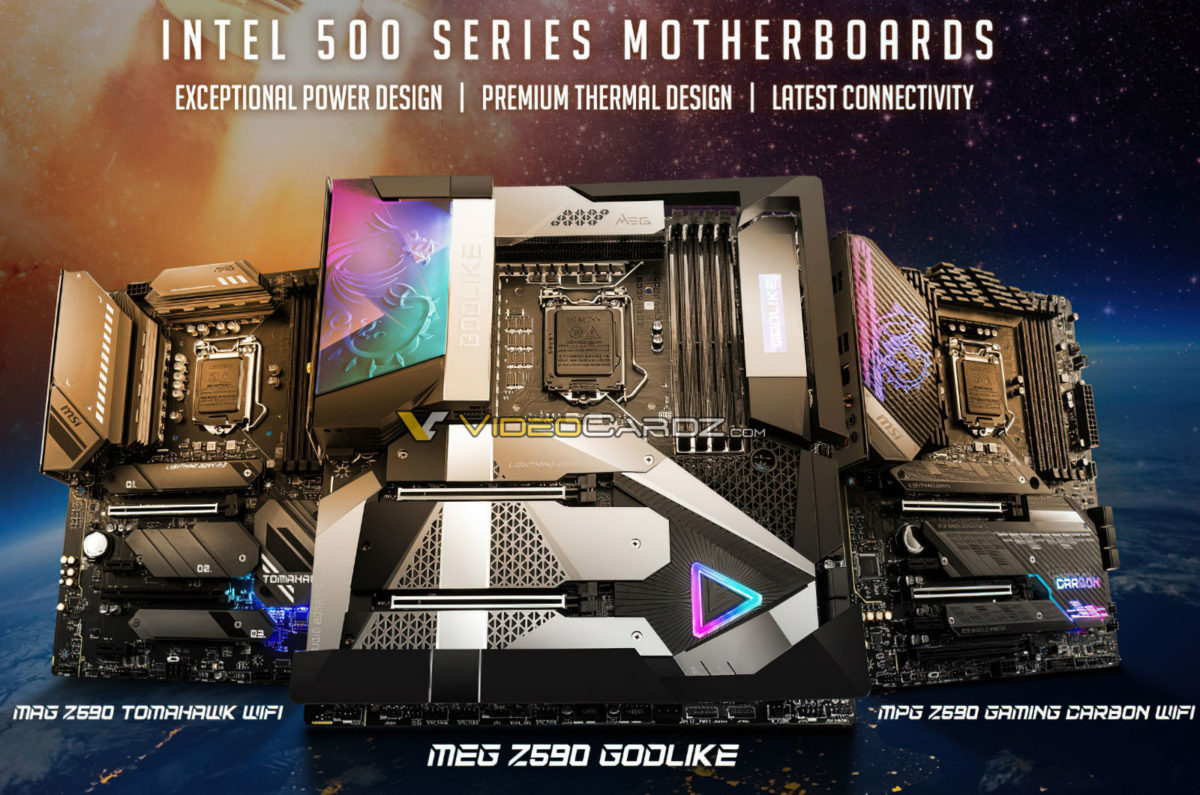