MSI X670E GODLIKE from the MEG series is big and powerful. First pictures of the new motherboard PCB design have been shared by Wccftech.

The MEG GODLIKE and its sibling MEG ACE are to offer the best features MSI has to offer. This premier motherboard design is E-ATX form factor with a size of 305×288 mm. The series is based on AMD X670E series which ensure GPU and storage PCIe Gen5 support.

The motherboard is powered by 24-pin ATX, dual 8-pin and dual 6-pin power connectors, one of with dedicated to USB Power Delivery up to 60W. Equipped with 24+2+1 VRM and 105A Power Stage design, it’s a major upgrade over X570 GODLIKE with 14 phases for the CPU. 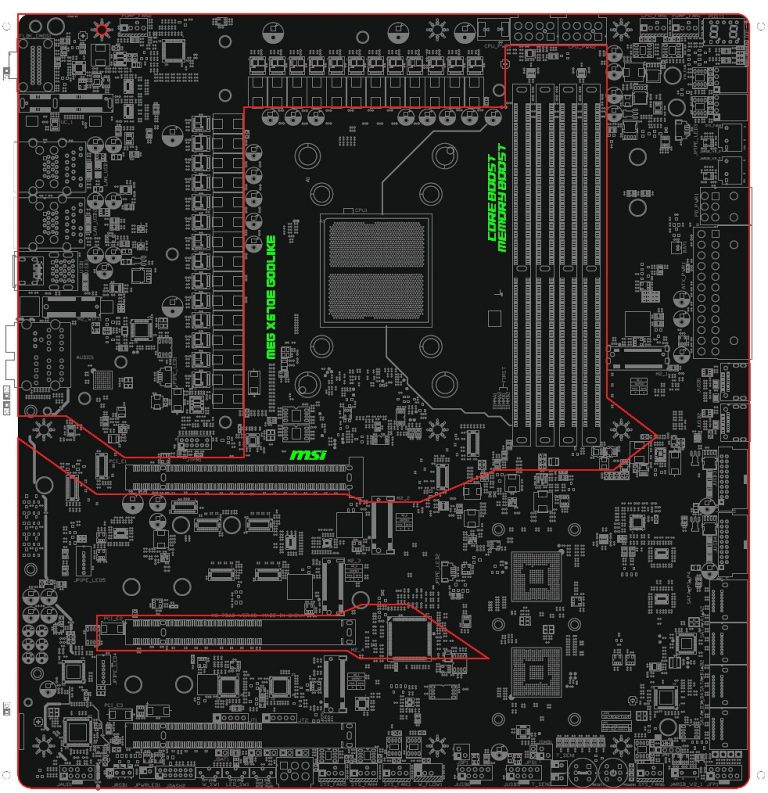 There are four DDR5 memory slots for up to 128 GB of capacity. According to the specs that we posted below, this motherboard supports DDR5-5600+ (OC) memory. Unfortunately MSI is not stating the maximum supported speed.

Three PCIe x16 slots are available and all of them are Gen5 attached to the CPU. Users can run one graphics card which use Gen5x16 speed or two cards in Gen5x8 mode. The third slot is Gen5x4. 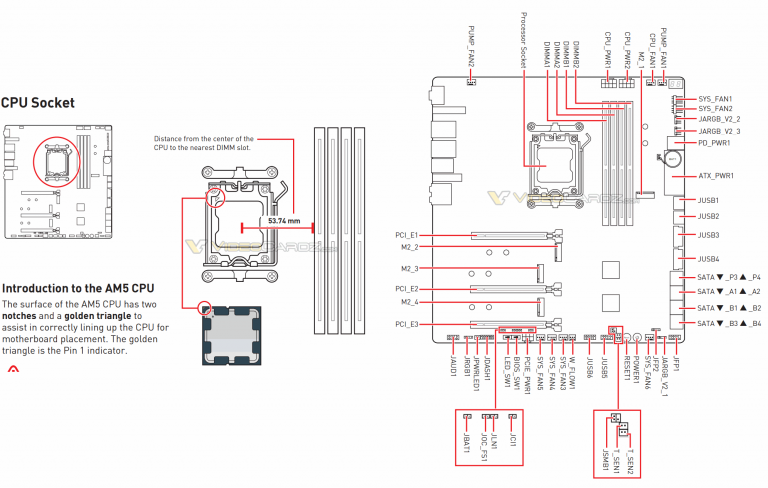 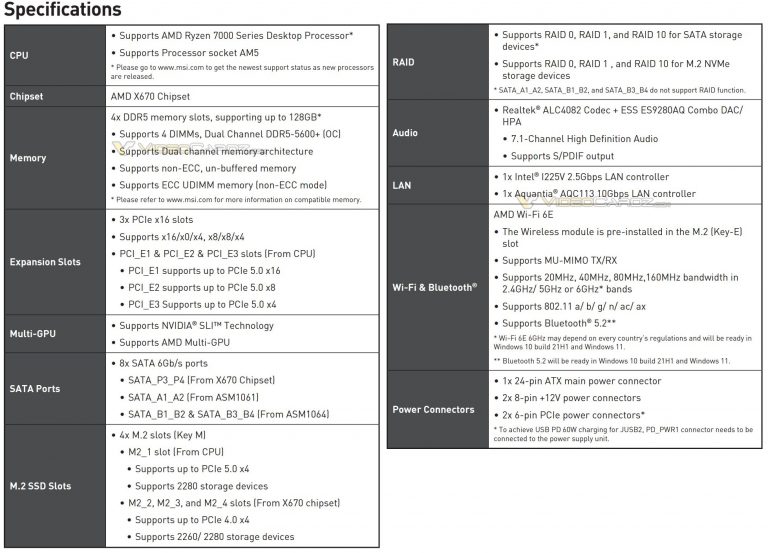 It appears that just like Z690 GODLIKE, this motherboard will also feature the so-called M-VISION dashboard. This is an on-board display that shows system information and can also launch MSI apps or play YouTube videos.