Here’s the very first look at the next-gen GS Stealth laptop from MSI.

The Crosshair 15 is not the only new laptop series coming to the MSI portfolio. The company is also set to announce its new Stealth GS77, just a little over a year after introducing the GS76 based on Tiger Lake CPUs. 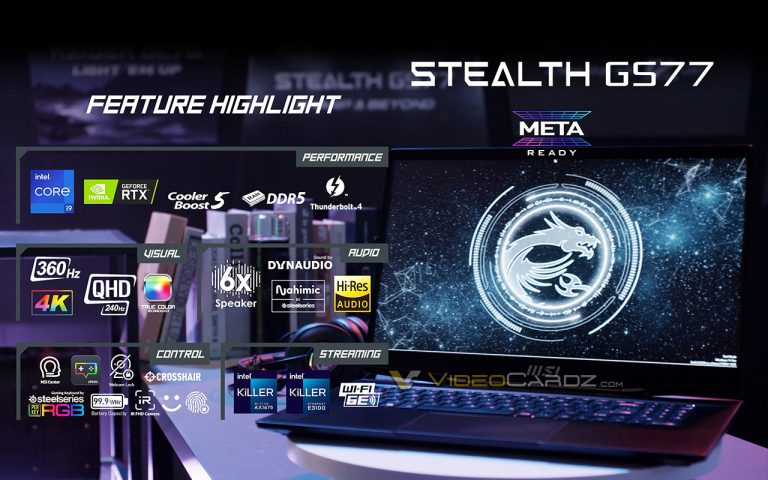 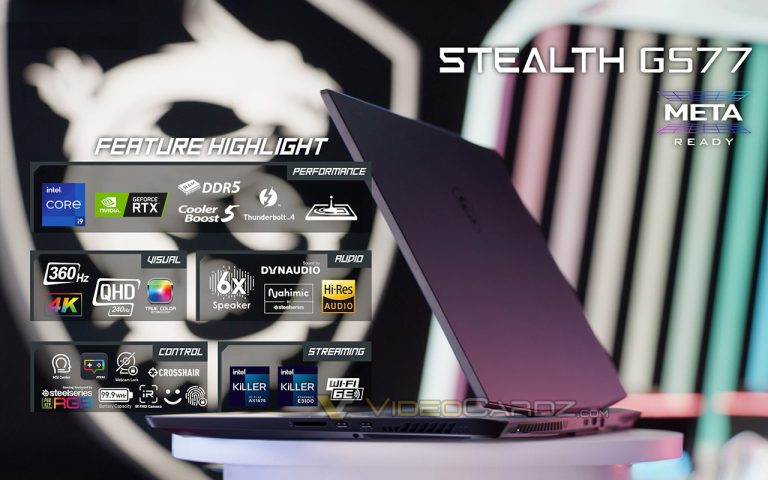 The 12th Gen Core Alder Lake-P series is to offer up to 14 cores and 20 threads, in fact, at least four SKUs are to feature exactly this configuration. The Core i9-12900H had not appeared in a leak before, but there was ‘an unlocked’ version i9-12900HK variant listed. It is unclear if these are the same CPUs, but both the retailers’ listings as well as official MSI GS77 Stealth specs that we have made no mention of HK variant.

Speaking of the retailer listings, the GS77 Stealth can already be found on various European, Canadian, or Vietnamese websites. The listing from PC21 appears to give the best overview of the planned SKUs, ranging from Core i7-12700H/RTX3070Ti all the way up to Core i9-12900H/RTX3080Ti models. In terms of pricing, we are looking at 2800 EUR to 4460 EUR including VAT.

The GS77 is a 17-inch laptop that will feature a new zinc alloy hinge mechanism as well as new ‘core ‘black color’. The Stealth series were typically associated with stealthy black colors and with thin chassis, with no compromises in terms of hardware specs. Those however were usually power limited, and unlike the Raider series, Stealth laptops always came with Max-Q graphics. The GS77 and GS66 (2022) will be no exception, but MSI does not yet clarify the TGP specs of these laptops. The New 2022 Stealth series will feature up to GeForce RTX 3080 Ti with 16GB memory. Other known SKUs will be equipped with RTX 3080 or RTX 3070 Ti. 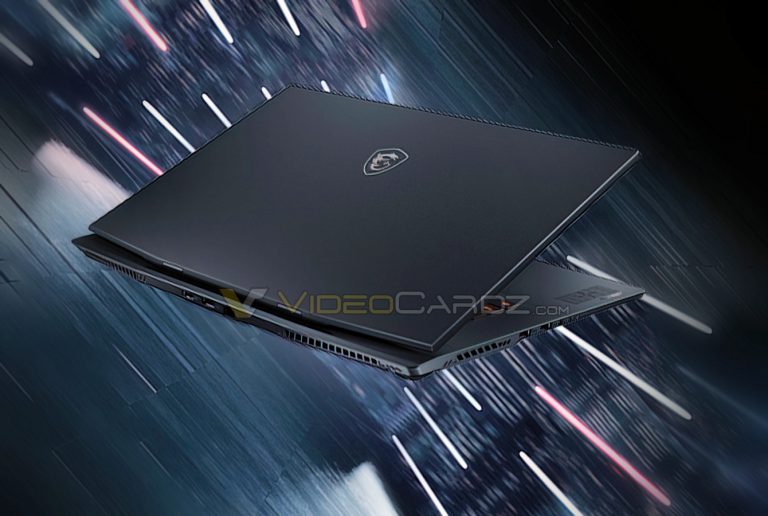 There are no visible changes to the design of the GS66 model. The internals will be a lot different though. The motherboard with the 12th Gen Core CPU will be paired with DDR5-4800 memory. It does not appear that the display options have changed though.