Alleged specifications of the upcoming flagship MSI GeForce graphics card have been posted on Twitter.

The era of the power-hungry graphics card beings. MSI’s upcoming SUPRIM X graphics card based on NVIDIA RTX 3090 Ti SKU is to require at least a 1000W power supply. The graphics card alone will have a default TDP of 480W, 30W higher than the original RTX 3090 model.

The alleged specs supposedly confirm that the card will feature 21 Gbps memory, being the first NVIDIA graphics card to do so. Thanks to the premium custom cooling solution, the card will be able to boost up to 1900 MHz in Extreme Mode, which requires MSI Control Center software.

The RTX 3090 Ti was originally planned to launch alongside RTX 3050 on January 27th. Just 10 days away we are not sure if this is still happening. NVIDIA promised to provide an update on this SKU later this month, while the latest rumors suggest there are some issues with the production. 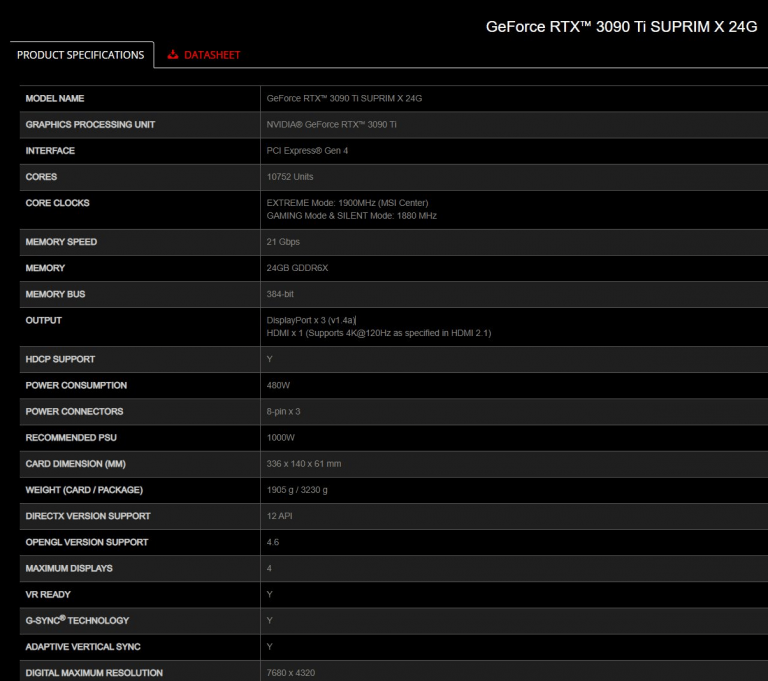