MSI’s yet unreleased RTX 3090 SUPRIM graphics card has been pictured up close for the first time.

Despite no official announcement, a number of rumors and leaks on the upcoming SUPRIM series from MSI have emerged over a couple of days. The latest comes from a Redditor Wet-Goat, who got access to one unit of the RTX 3080 SUPRIM X during customer swapping service.

The graphics card represents the top-tier SKU in the MSI lineup, meaning that even the GAMING X TRIO series should be considered a cheaper series. Of course, MSI can (and probably will) release its LIGHTNING series at some point, but until then SUPRIM series should become the new choice of enthusiast if they are considering MSI graphics cards in the first place.

The design of the SUPRIM series is also kept in dark gray/black design. Unsurprisingly the SUPRIM series will also sport the triple-fan cooling solution, but the new feature is a metal backplate (GAMING TRIO models are equipped with ABS plastic backplate).

There is RGB lightning installed on the graphics card. The MSI logo on the back will light up and so will the stripe on the side and V-shaped arrows on the front (not visible in the photo below, but can be seen on a leaked packaging photo).

MSI is set to launch its SUPRIM series this month. The pricing and specs are still unknown. The X in the leaked model name stands for factory-overclocked series, the manufacturer may also release SUPRIM non-X model later. That remains to be confirmed. 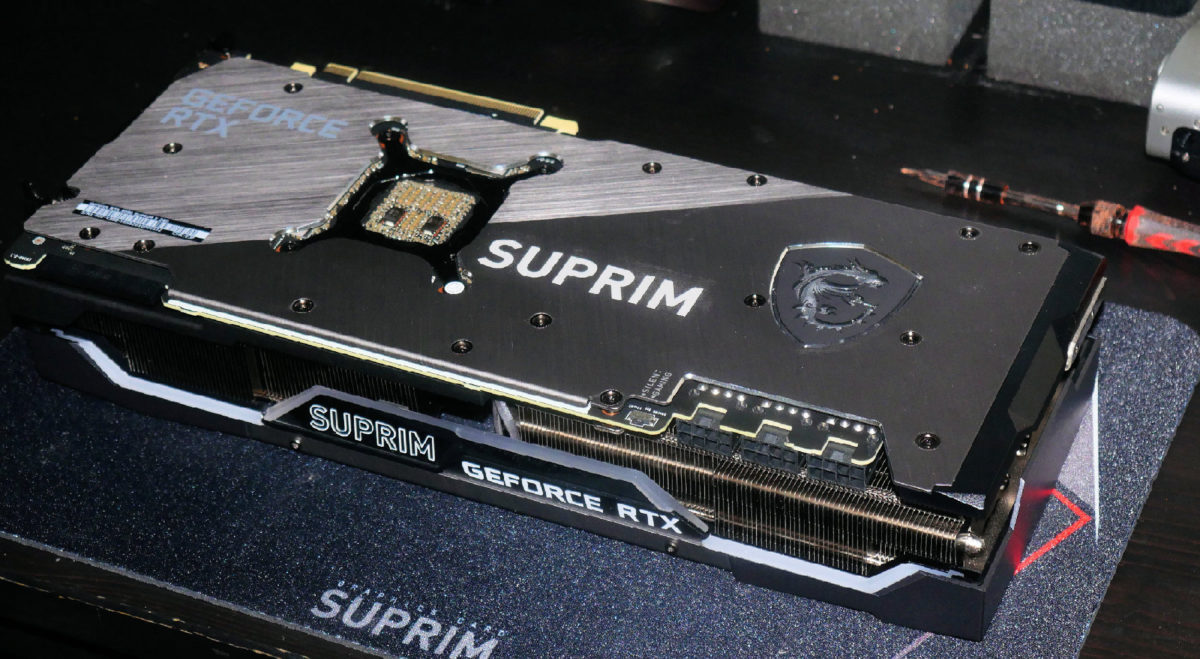 We have already seen the packaging design of the graphics card, which leaked earlier this week: 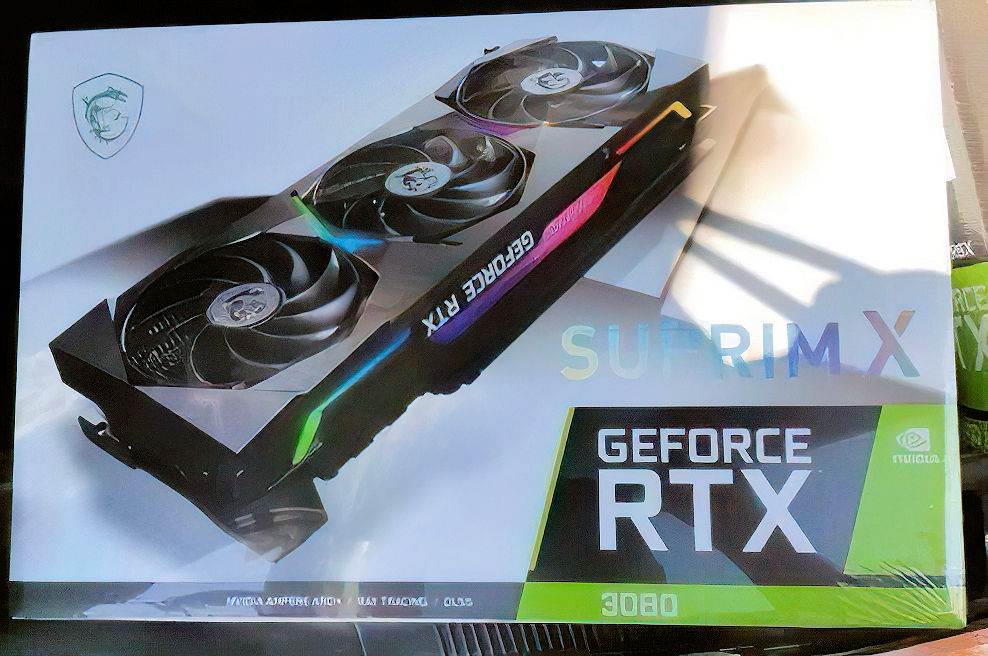