The specifications of the SUPRIM series have dropped into our mailbox.

The boost clock of the MSI RTX 3090 SUPRIM X will match Gigabyte’s AORUS XTREME. The graphics card has been clocked at 1860 MHz in both GAMING and SILENT modes (the card features DUAL-BIOS). Meanwhile  RTX 3080 SUPRIM X will match RTX 3080 AORUS XTREME with a clock speed of 1905 MHz. This means that both cards will not be the fastest models on the market, as ASUS ROG STRIX OC tops both frequencies with their cards.

MSI SUPRIM is MSI’s upcoming premium series featuring a brand new TRI FROZR 2S cooling solution equipped with three TORX 4.0 fans. The graphics card features close quarters heatpipes around the VRM and also on a backplate (which is now made of metal).

The SUPRIM series will have higher default TGP values than the GAMING X series. The RTX 3090 SUPRIM X is listed with 420W (+70W) while the RTX 3080 SUPRIM X is rated at 370W (+50W). In comparison, the GAMING X TRIO series have 370W and 340W respectively. Please note that MSI is also preparing SUPRIM non-X series which might have lower TGP values.

MSI will have a big announcement of the SUPRIM series on November 20th. The pricing of these new cards remains unknown. Reviewers have already received their samples for the reviews that will also be published on the day SUPRIM series is set to launch. 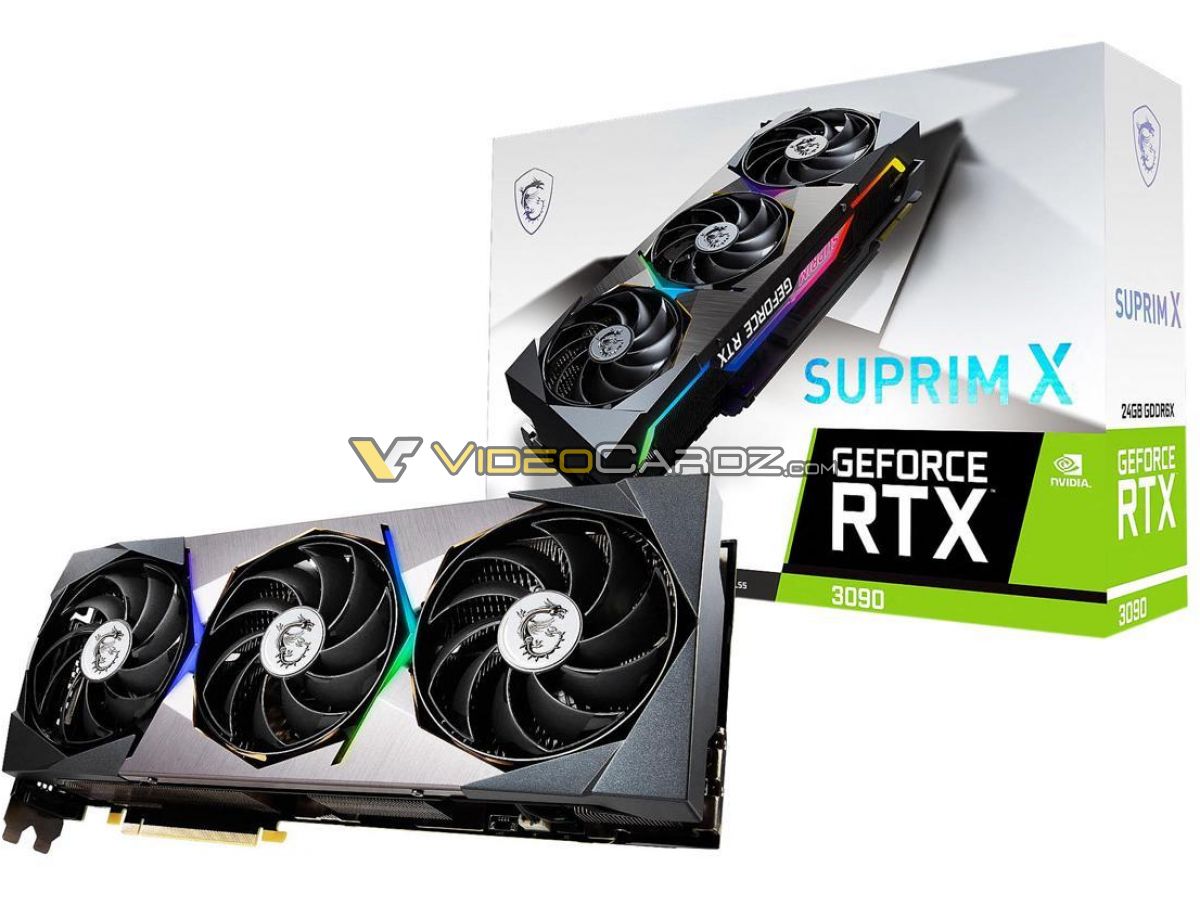 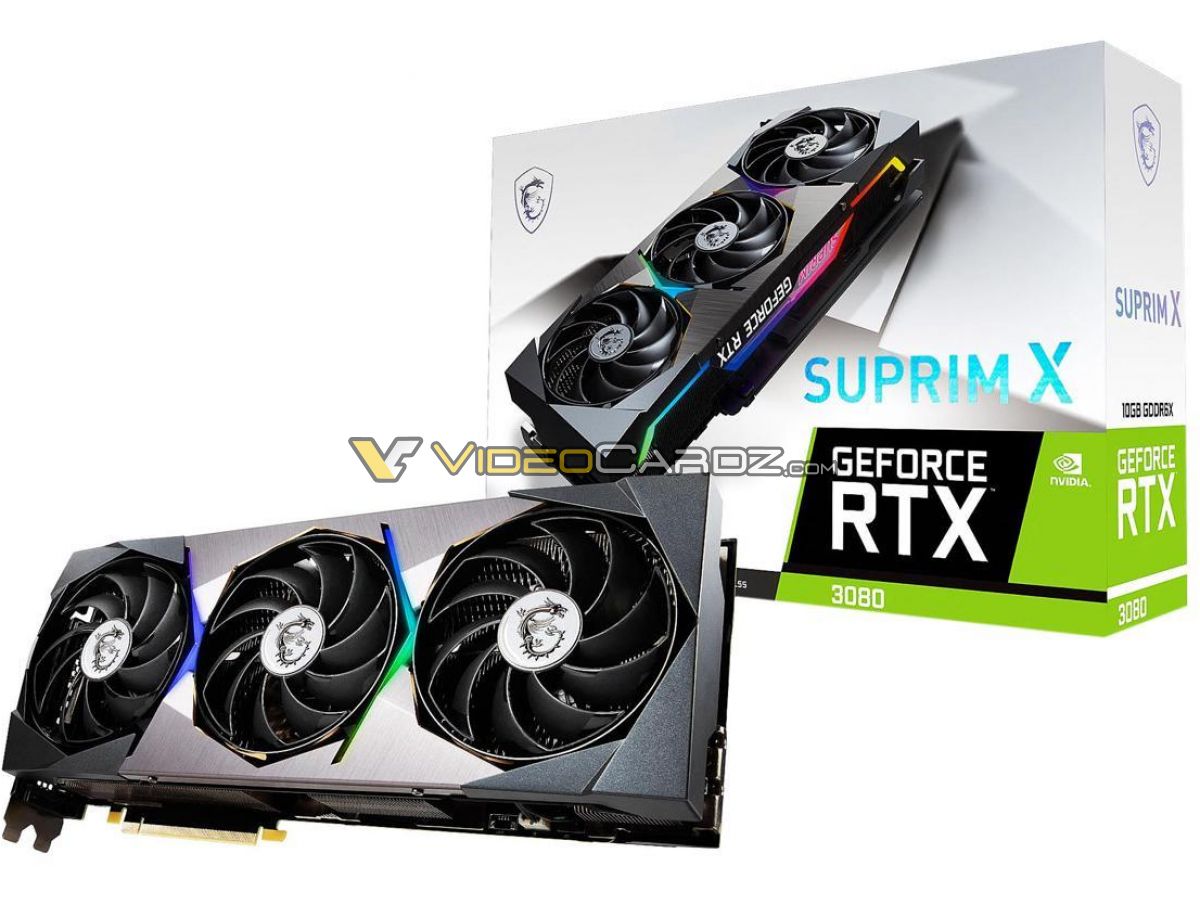 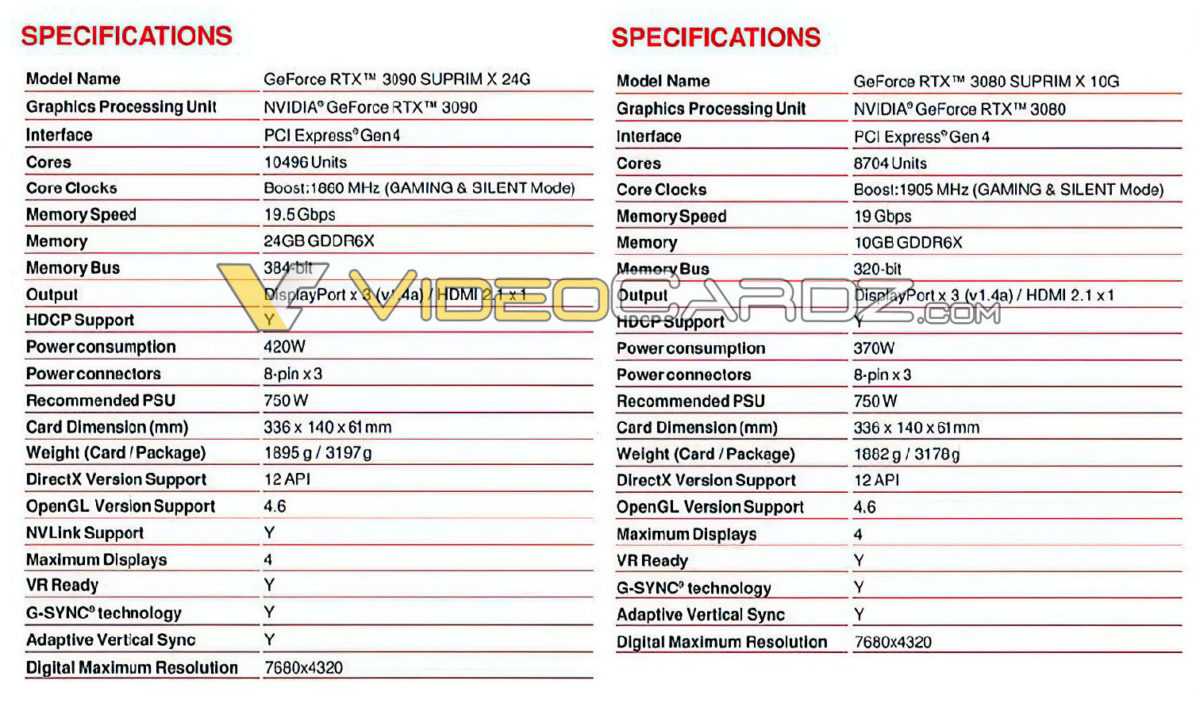 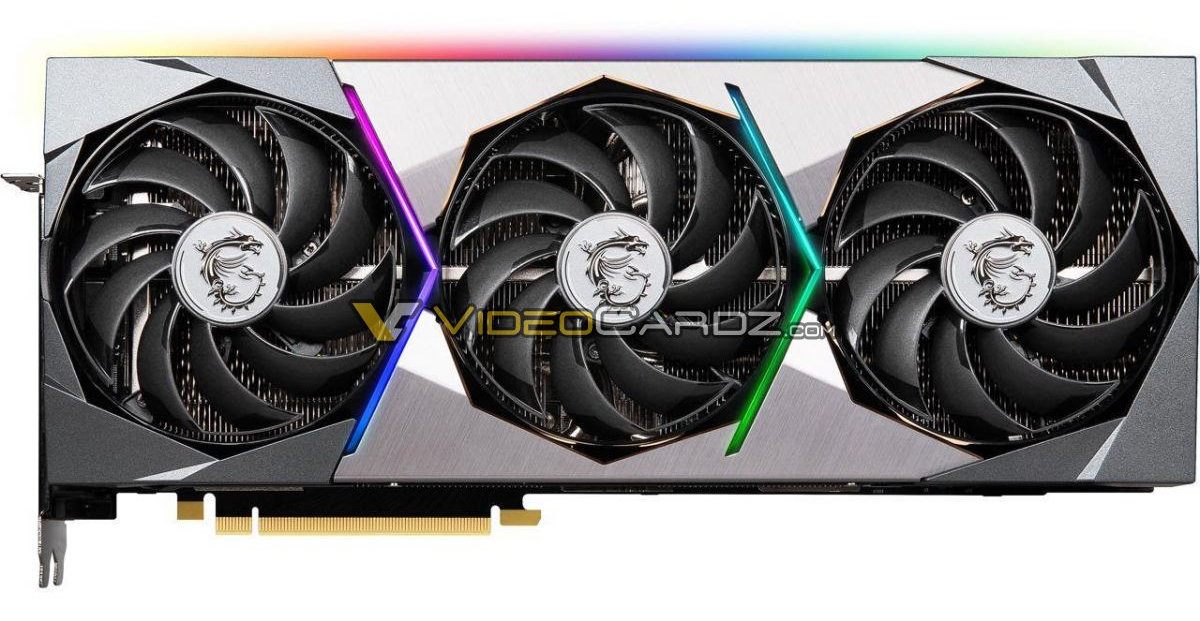 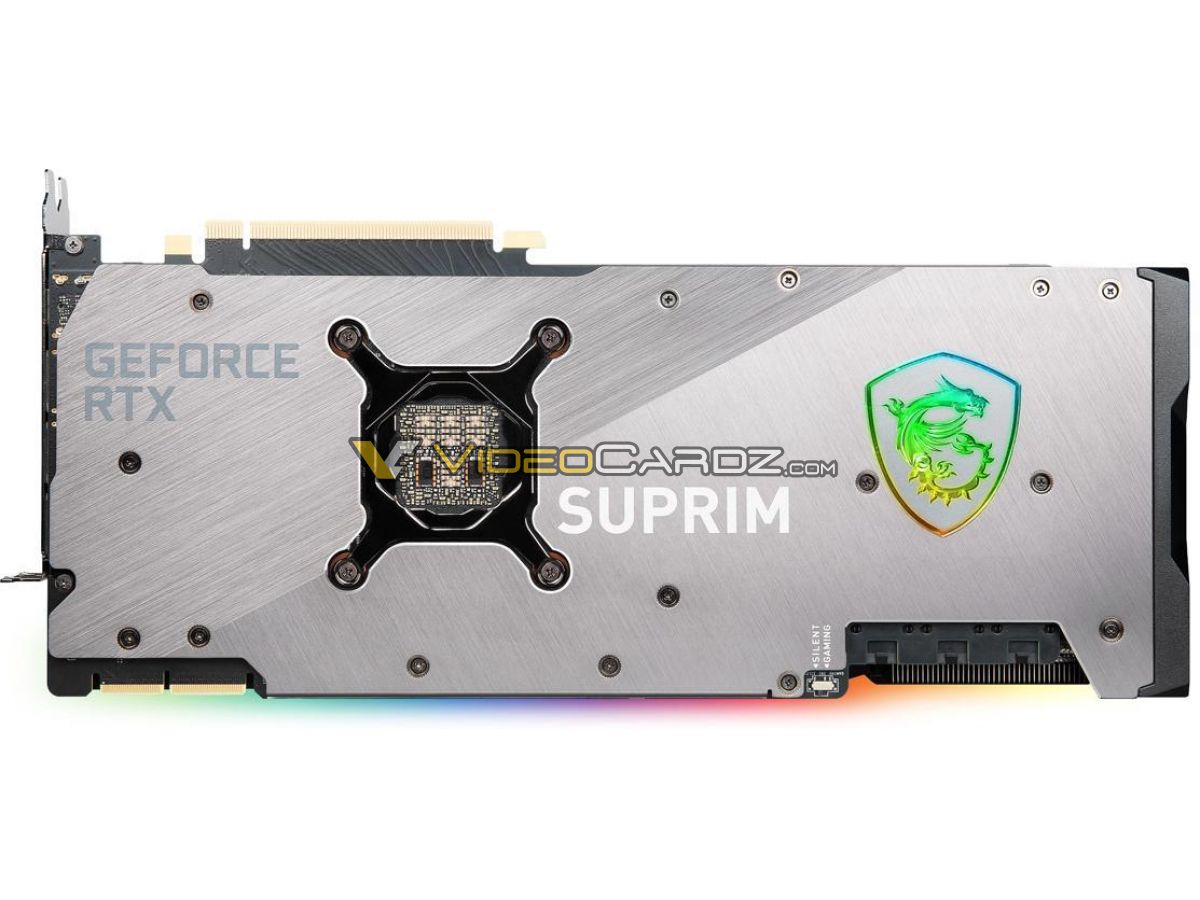 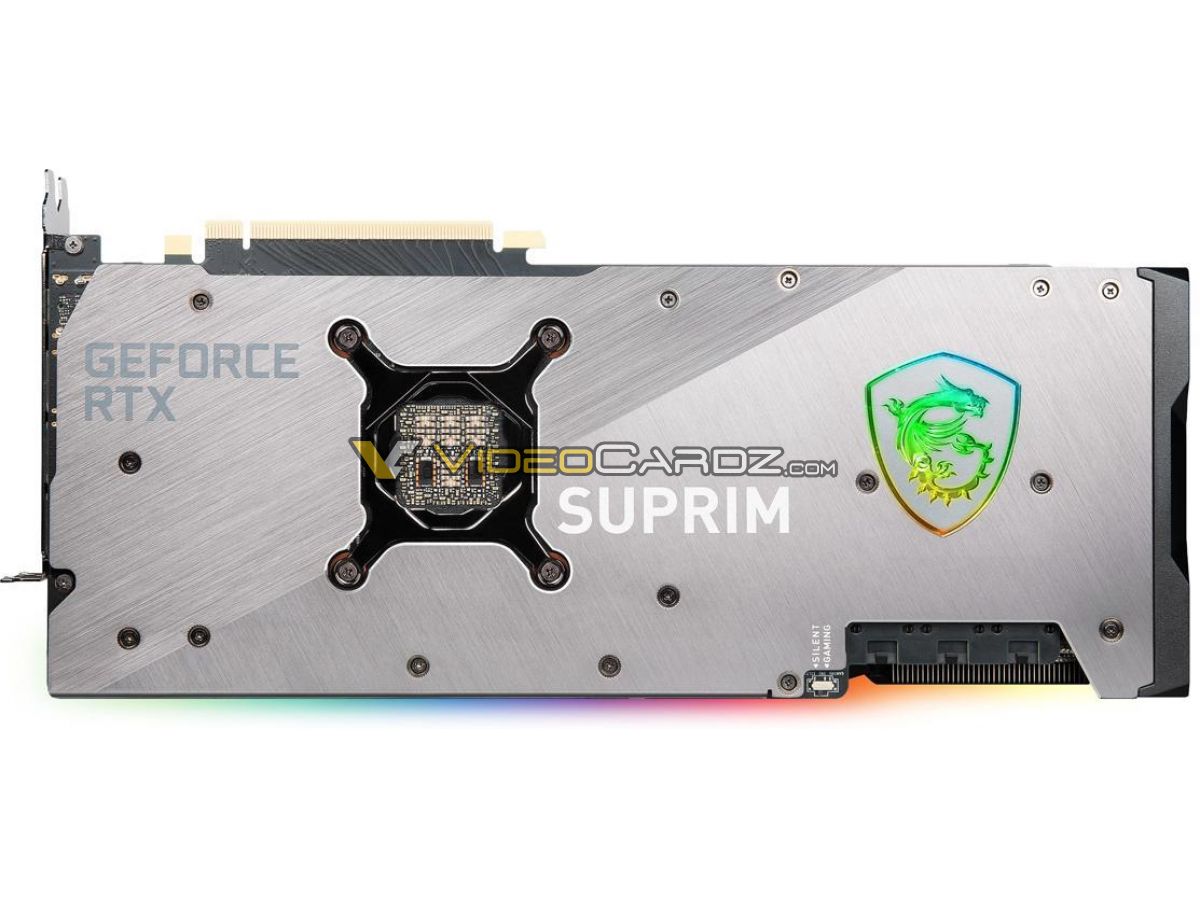