MSI Gaming brand has always been associated with dragons, in fact, even the Gaming logo itself features a dragon. The company’s mascot name is Dragon Lucky, which has been used in various marketing campaigns, but also for products, including MSI clothing line, brick toys, or plush toys. With the current generation of graphics cards, MSI released a new premium series called SUPRIM. The company already announced it will launch a 30th Anniversary model based on the series as well.

MSI GeForce RTX 3070 SUPRIM SE x GODZILLA is the latest addition to the manufacturer’s lineup. This model is based on the latest version of the RTX 3070 GPU with Lite Hash Rate enabled. It features a boost clock up to 1785 MHz in Extreme Performance mode, which can be applied through Dragon Center software. By default, the clock speed is 1770 MHz. It’s a full custom design with a dual 8-pin power connector and TDP of 240W. That said, this model offers identical specifications to RTX 3070 LHR SUPRIM SE, which has only been released last month.

The SUPRIM x GODZILLA model offers a new color scheme, which is black and amaranth. The backplate, made entirely by brushed aluminum has been painted in amaranth color with the addition of Godzilla himself. It goes without saying that SUPRIM x GODZILLA series is targeted at the Japanese market. At this moment we are not aware if MSI has plans for this model to enter other markets. 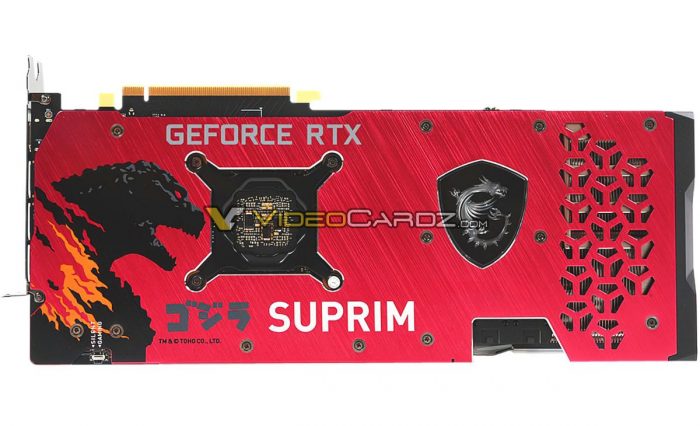 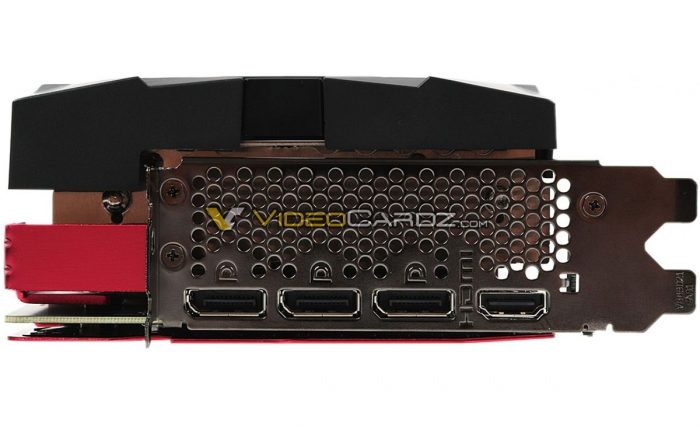