Three MSI cards have been listed by Digitec. The retailer confirmed that these cards will go on sale on December 2nd, a day after reviews. This is actually the first time we have the opportunity to see the MSI graphics cards coming to RTX 3060 Ti series.

The retailer confirmed the embargo lift date for RTX 3060 Ti sales. The cards will go on sale on December 2nd at 15:00 European time.

When will the products go online
The products are under NDA (Non disclosure agreement) and may only go live on December 2nd from 3:00 p.m. The same goes for the price.
Availability
The RTX 3060 Ti are more available than the 70, 80 and 90s. But the amount is still not enough for the needs. However, there are some cards on the way to us.

MSI’s flagship model based on the RTX 3060 Ti SKU is the GAMING X TRIO. This graphics card will also be available with a slightly lower clock under a separate SKU called GAMING non-X TRIO. The model leaked by Digitec features a clock speed of 1830 MHz and a triple-fan cooling solution. This model is equipped with dual 8-pin power connectors. We have heard that this model will retail at 470 USD (70 USD over NVIDIA MSRP), of course, this is a suggested price by MSI, which will surely be adjusted by retailers. 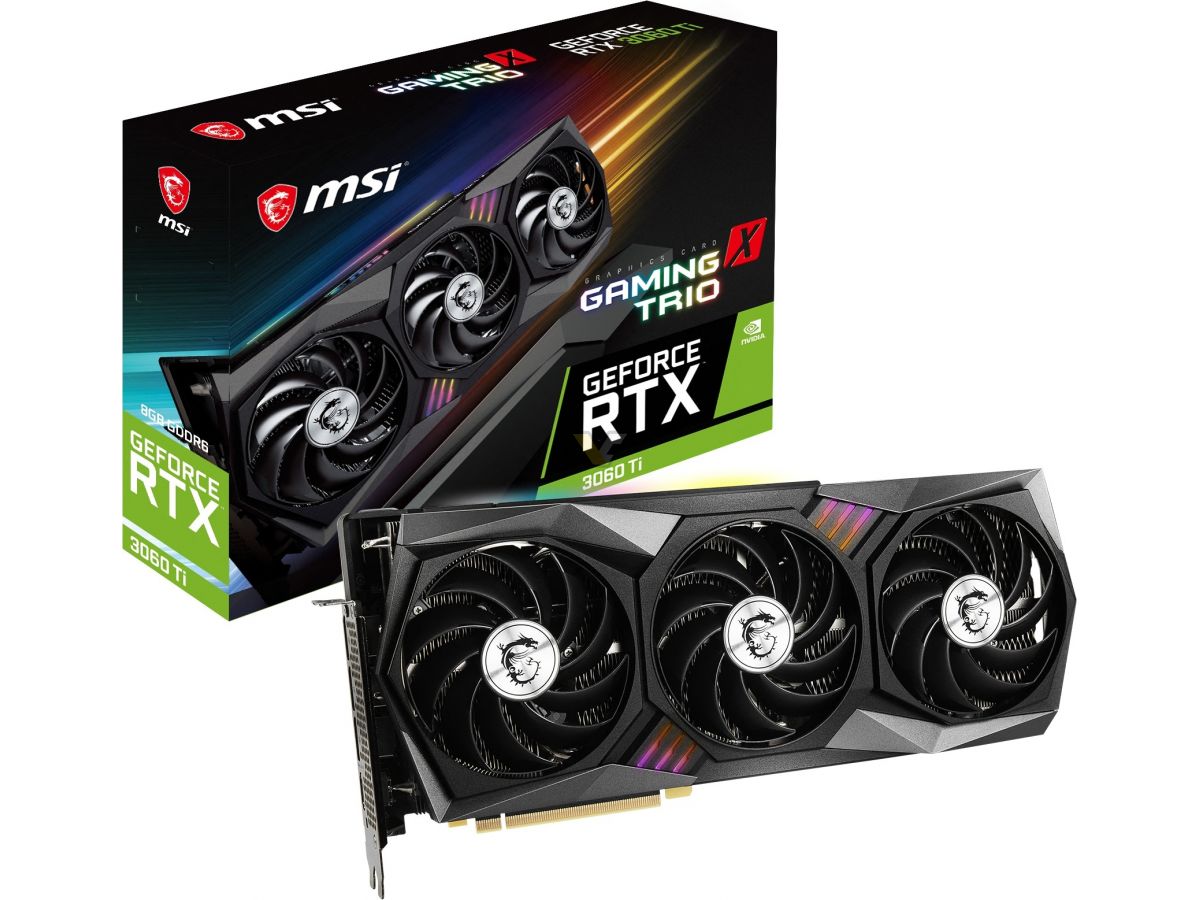 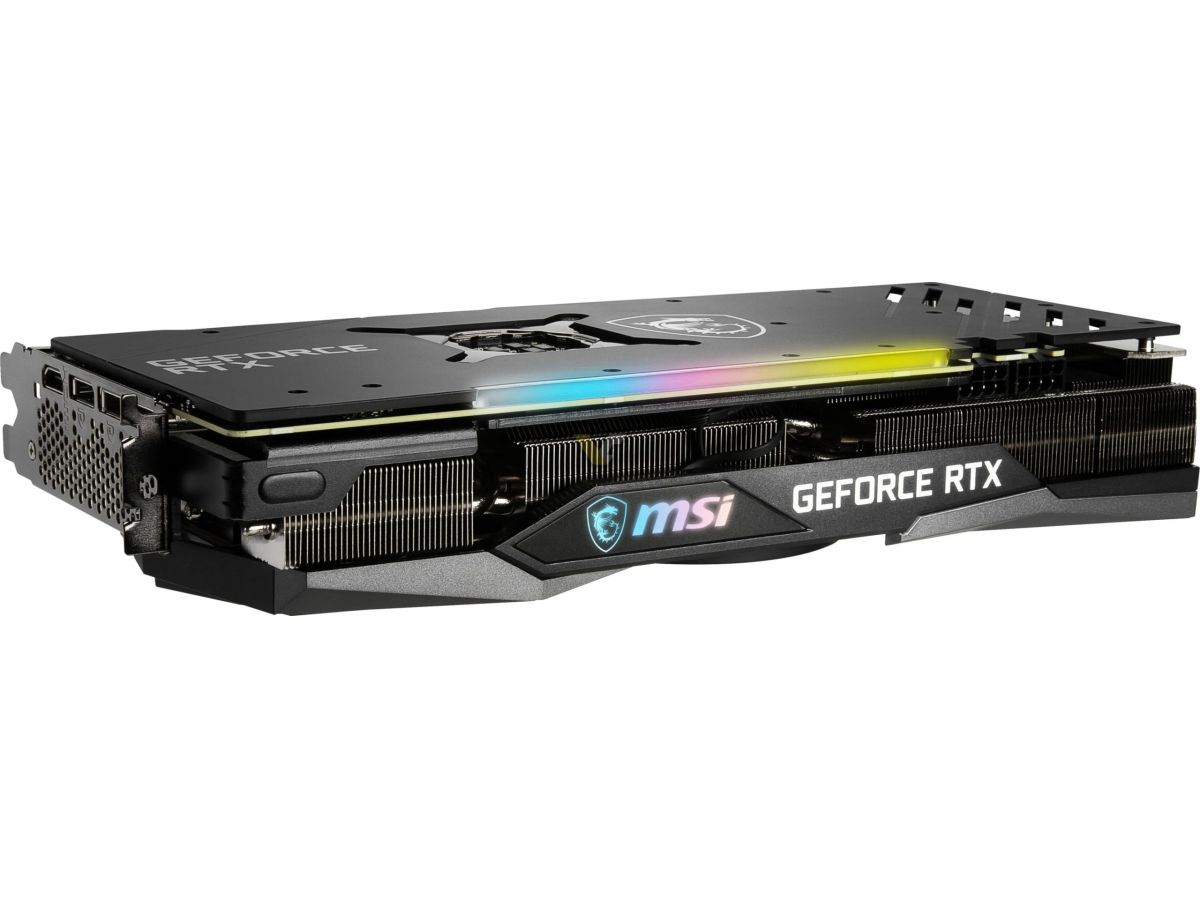 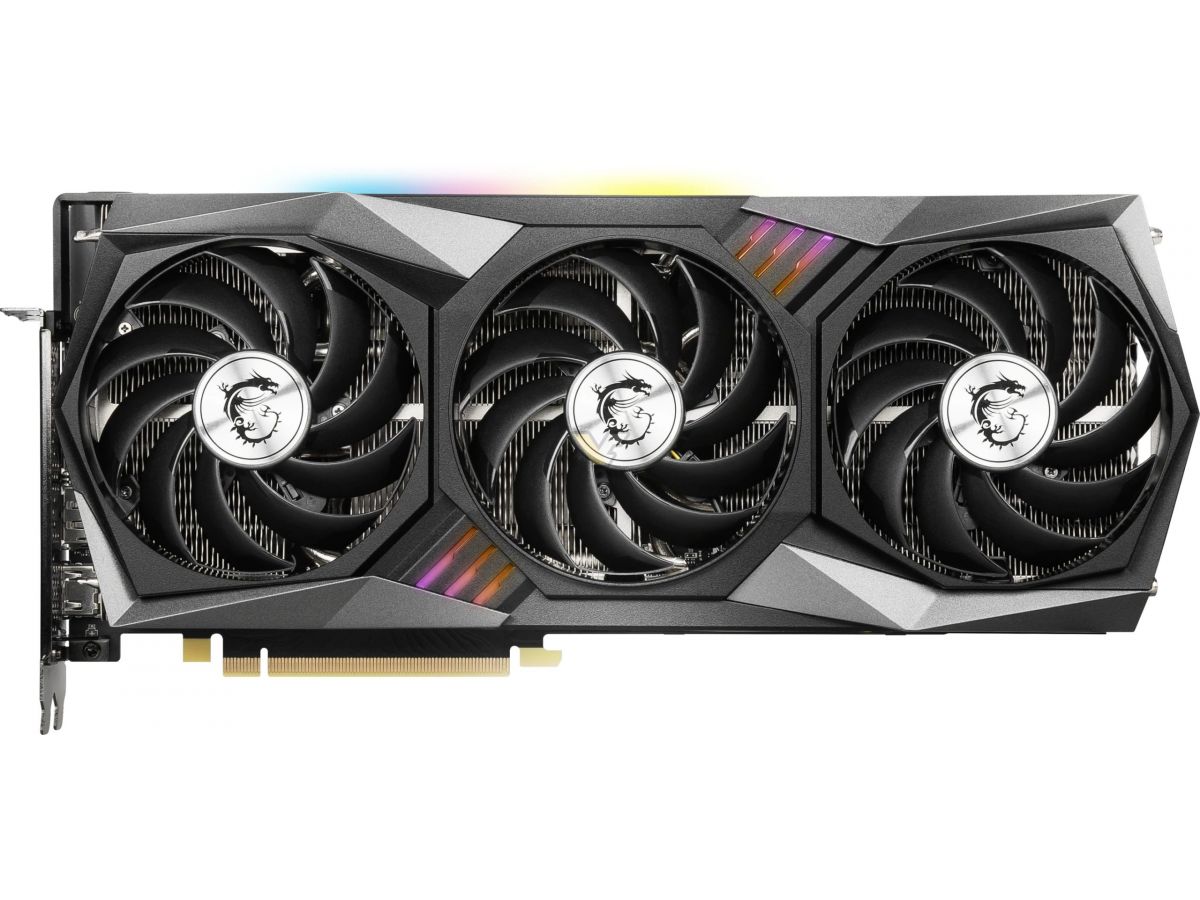 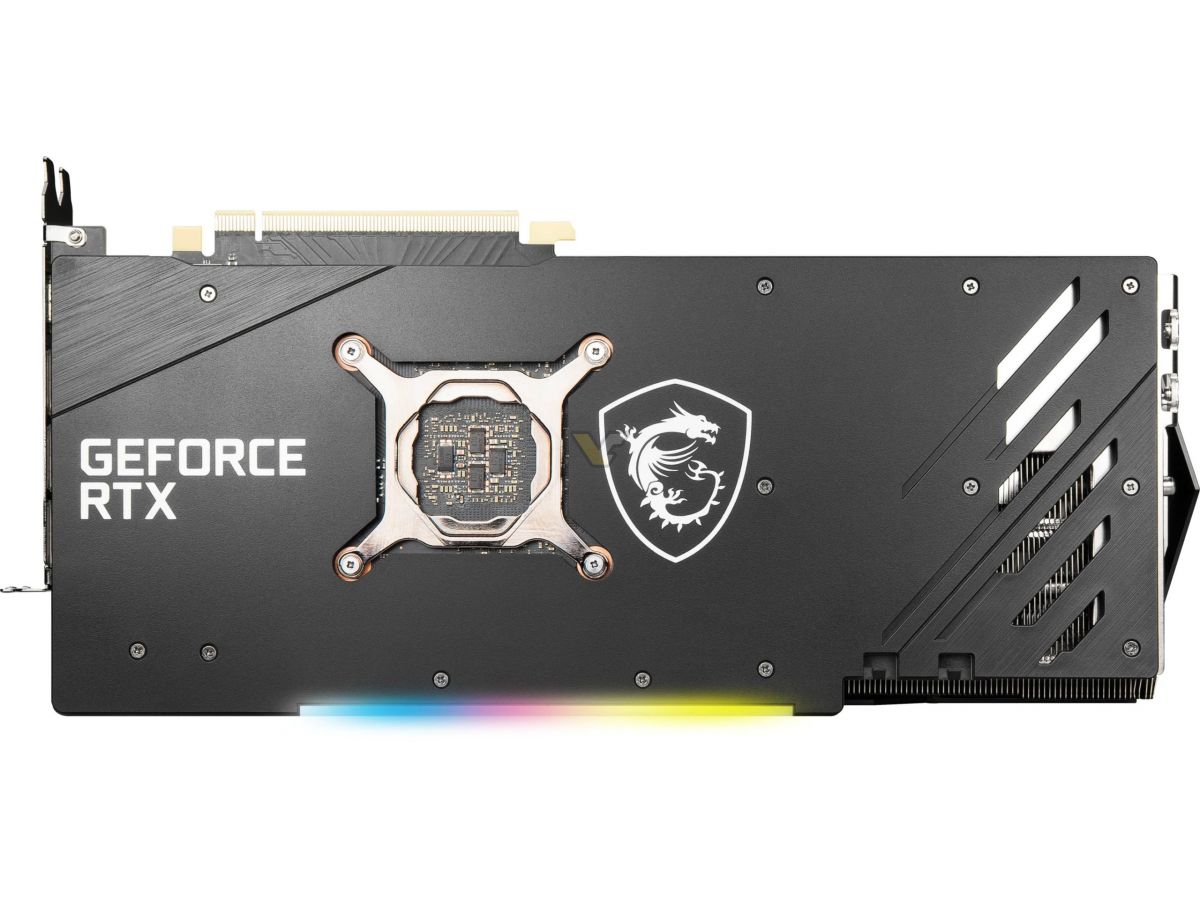 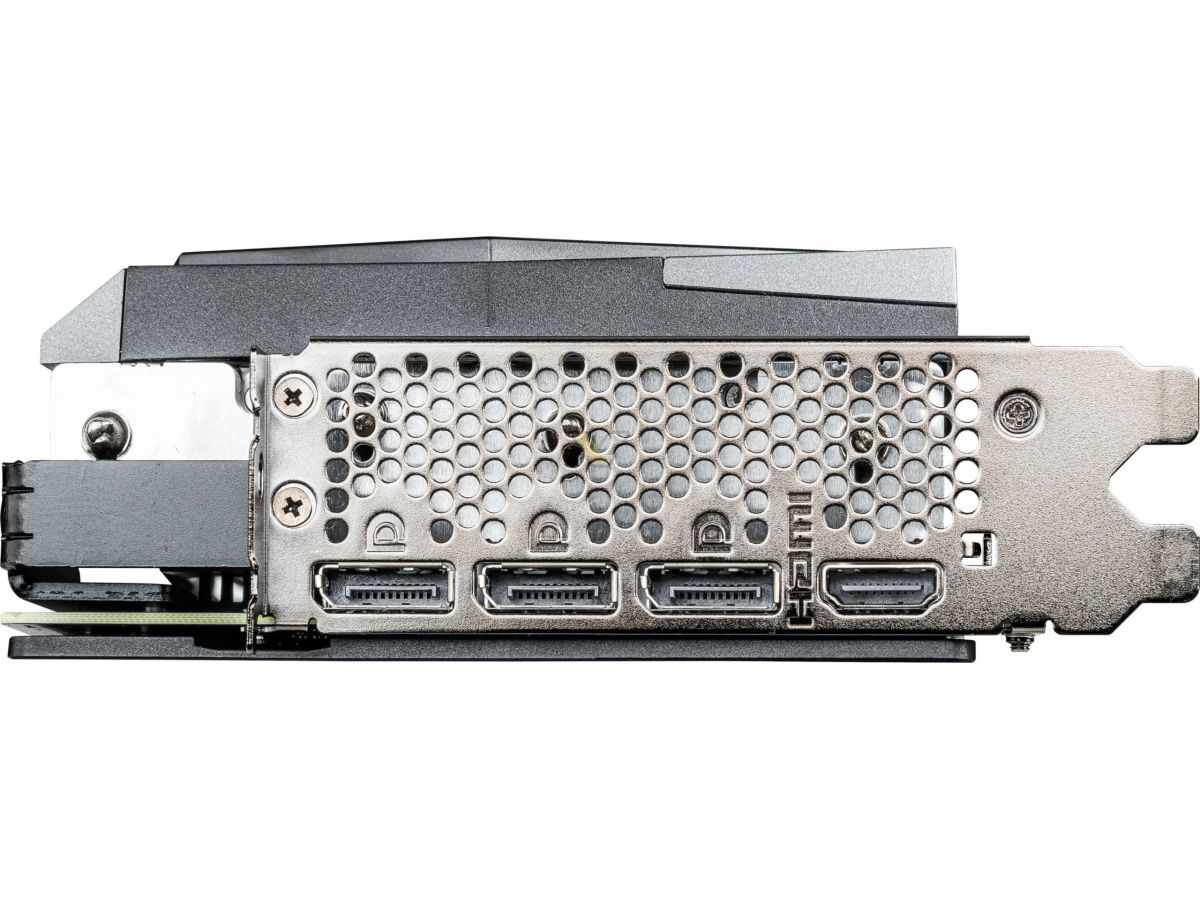 The Ventus 3X OC also features a triple-fan cooling design, but the PCB is much shorter than the Gaming Trio series. The graphics card has a GPU boost clock of 1695 MHz, which represents a 30 MHz factory-overclock. The card is powered through a single 8-pin power connector. Interestingly, the Ventus 3X is a 2-slot design, which is not the case for the RTX 3070 Ventus 3X, a more powerful model featuring GA104 GPU. 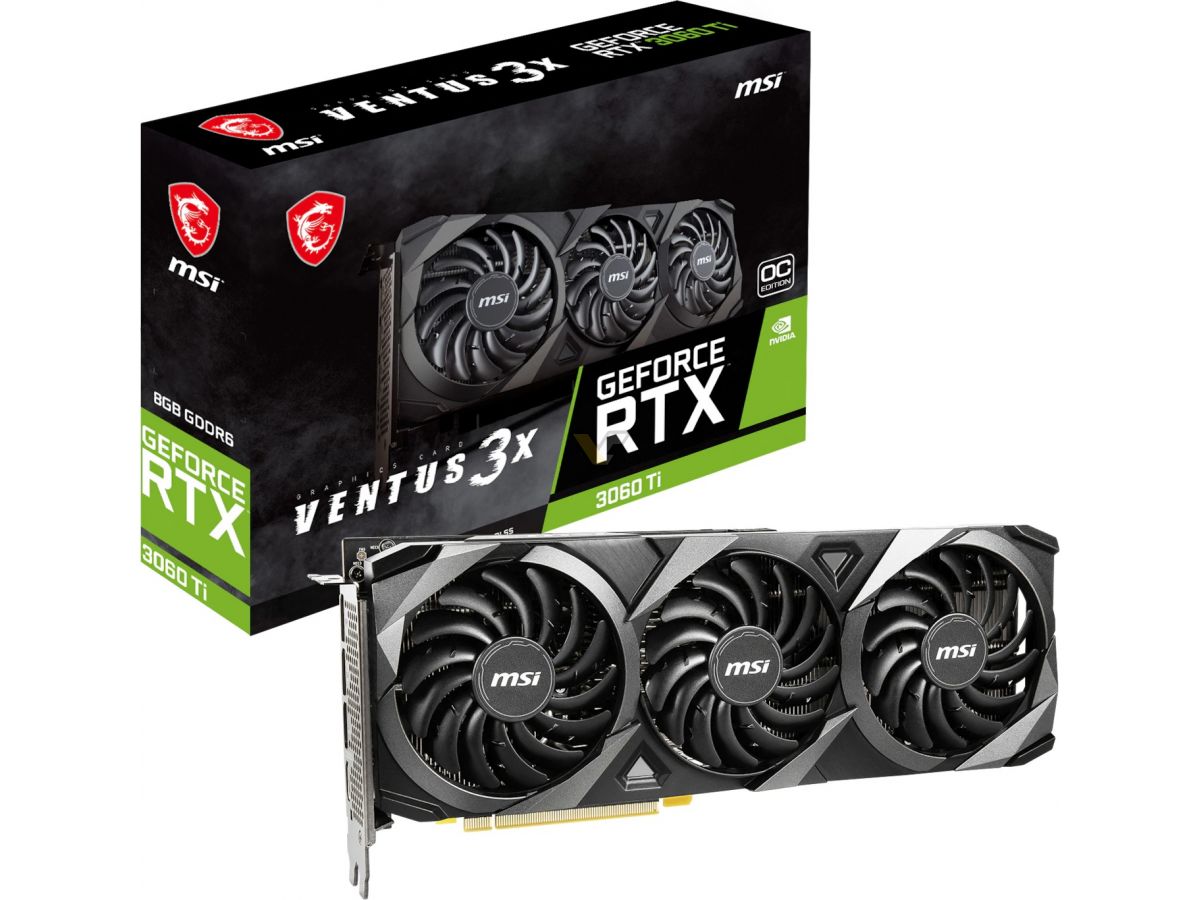 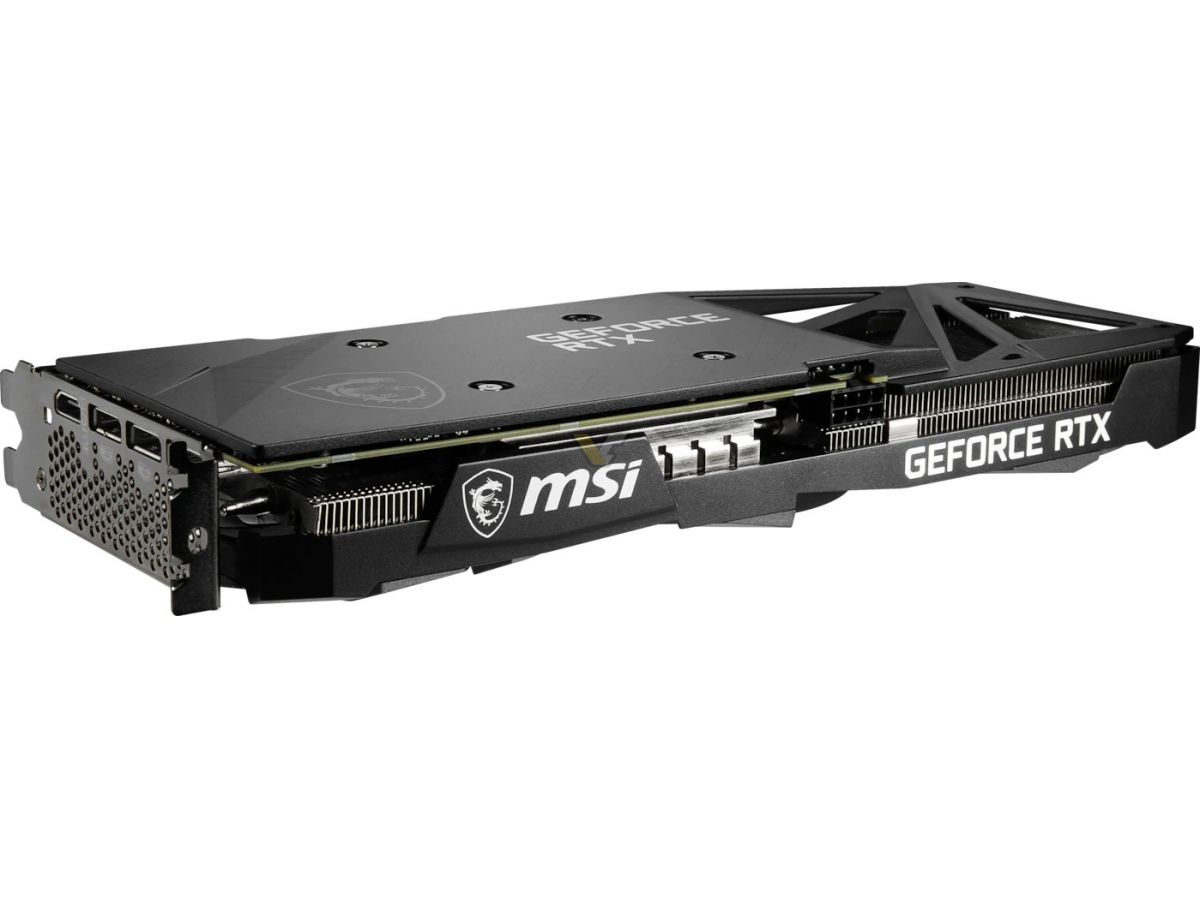 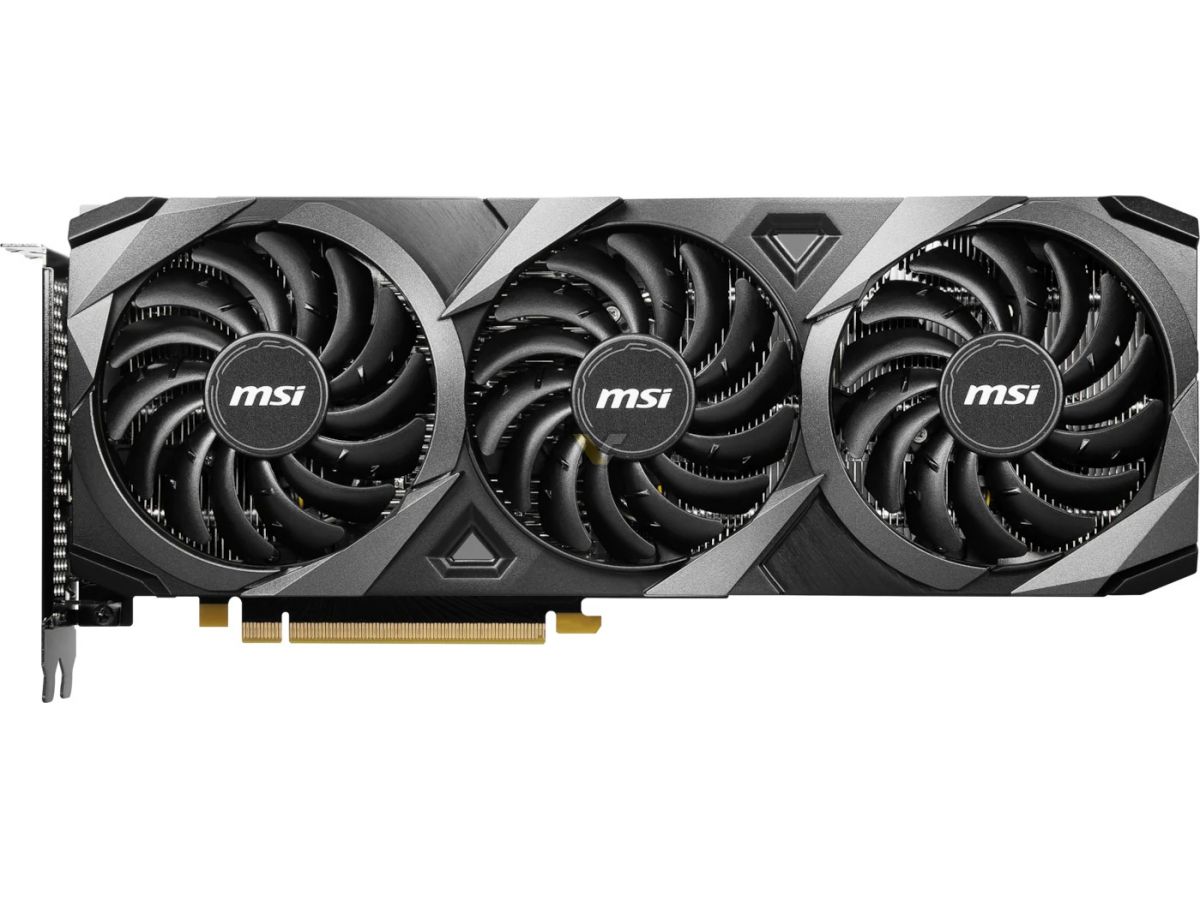 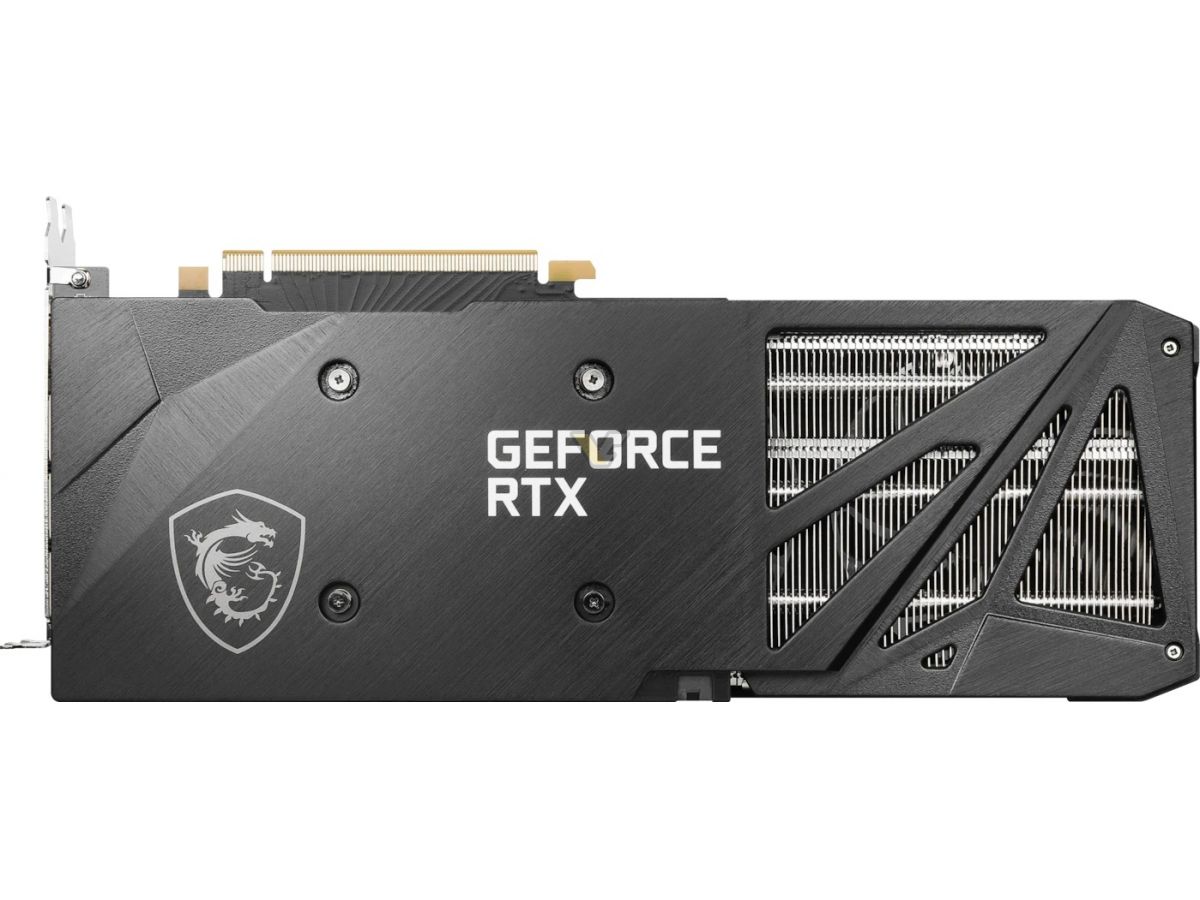 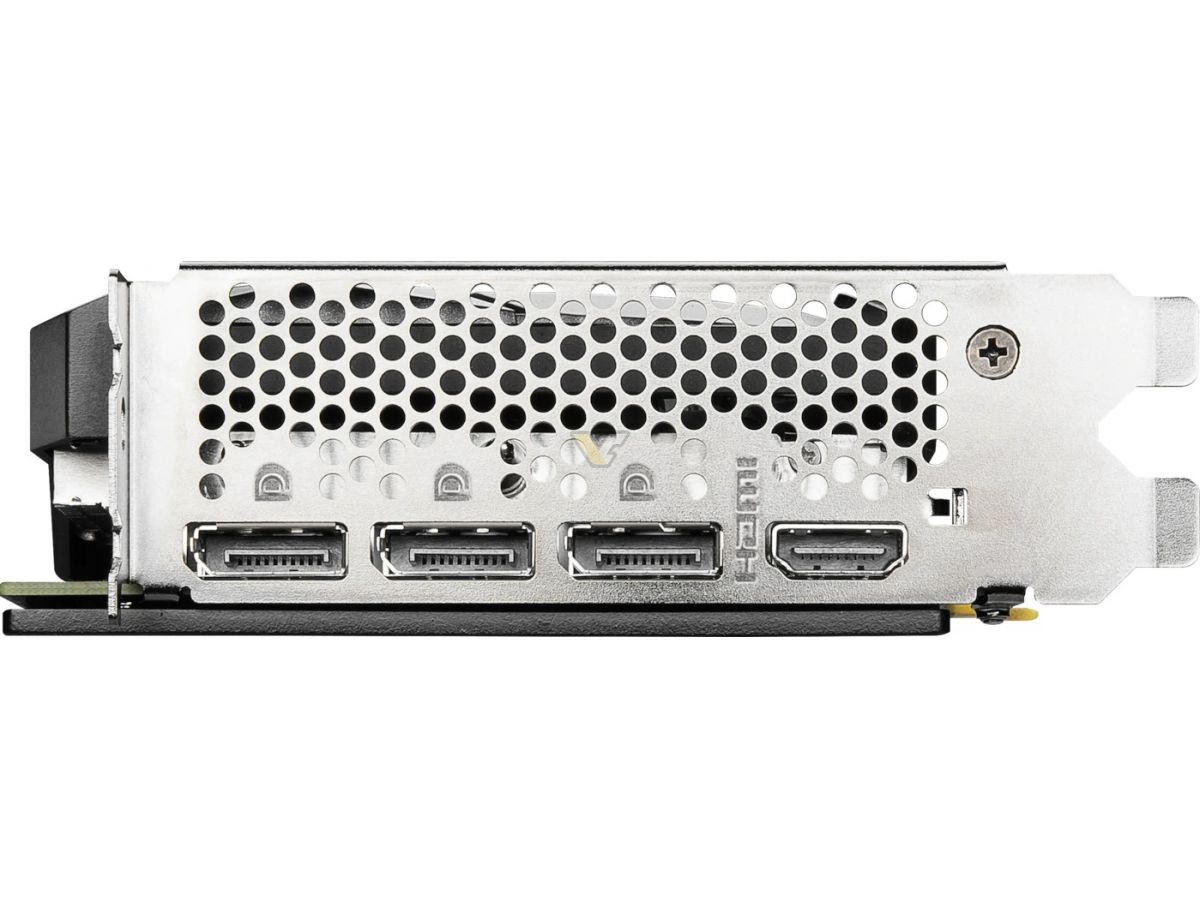 Although Digitec posted more photos of this card, we believe that they copied the photos from RTX 3070 Ventus 2X. This is due to the fact that the photos show dual 8-pin power connectors, which would be strange considering the Ventus 3X model only comes with one. According to the retailer, the boost clock of this model is 1695 MHz, which is identical to the 3X. 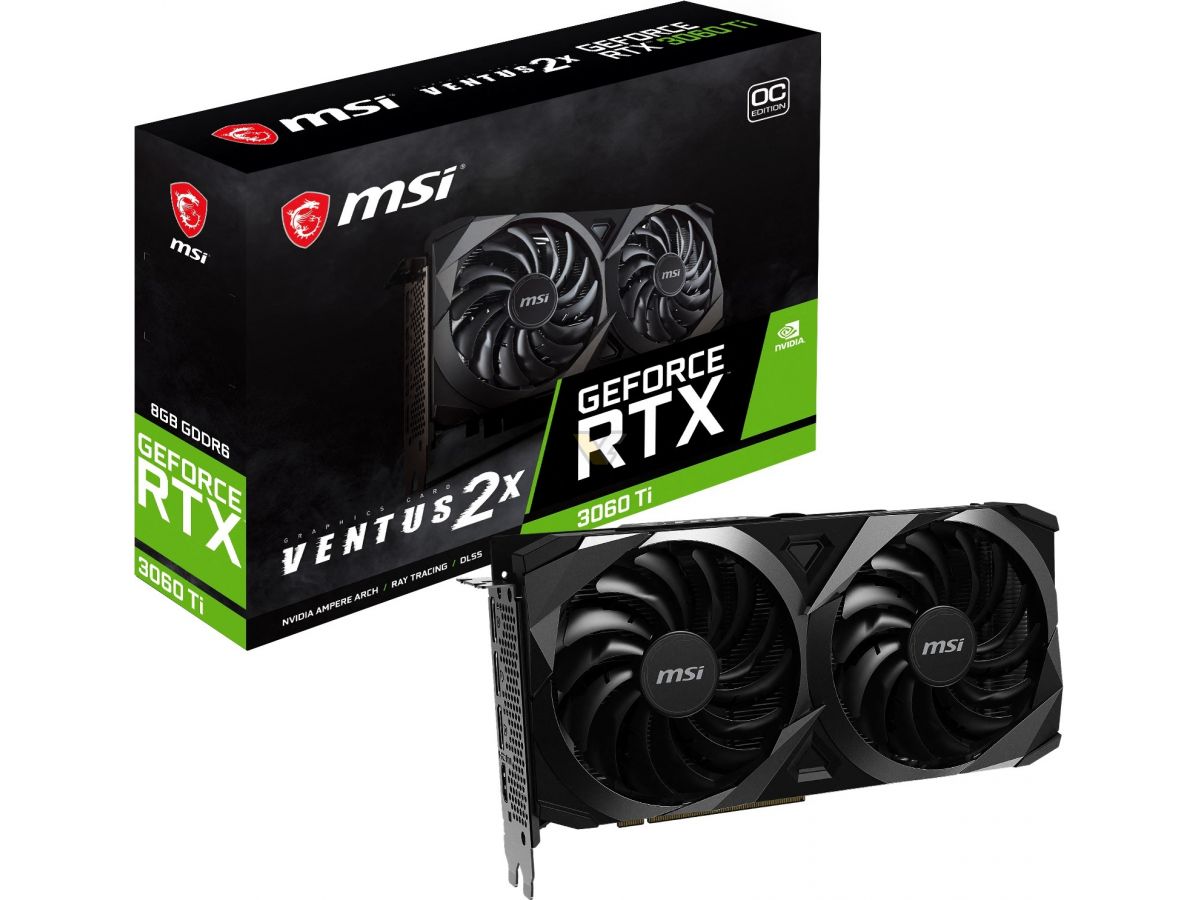 Many thanks to cultimator for the tip!