At CES 2023 MSI has finally revealed its first RDNA3 graphics card. The company was the last of the big board partners to showcase their custom Radeon design, which is now almost 3 weeks after the official launch.

Just as expected, there is no RX 7900 SUPRIM design, but the classic Gaming Trio model. In fact, the product itself is called Classic, but there is a good reason behind it. According to an MSI representative, the company is not using the updated ‘2022’ Gaming Trio cooler on this card. This model is using older design known from RX 6000/RTX 30 series. This doesn’t mean that the card will perform worse, it just shows how little effort MSI has put into this card.

The card shown at the event is RX 7900 XTX, so the flagship Radeon GPU with full Navi 31 GPU and 24GB of GDDR6 memory. Unfortunately, it is too early for MSI to confirm any specs, which only means that prototypes are ready, but the product release is not coming anytime soon. 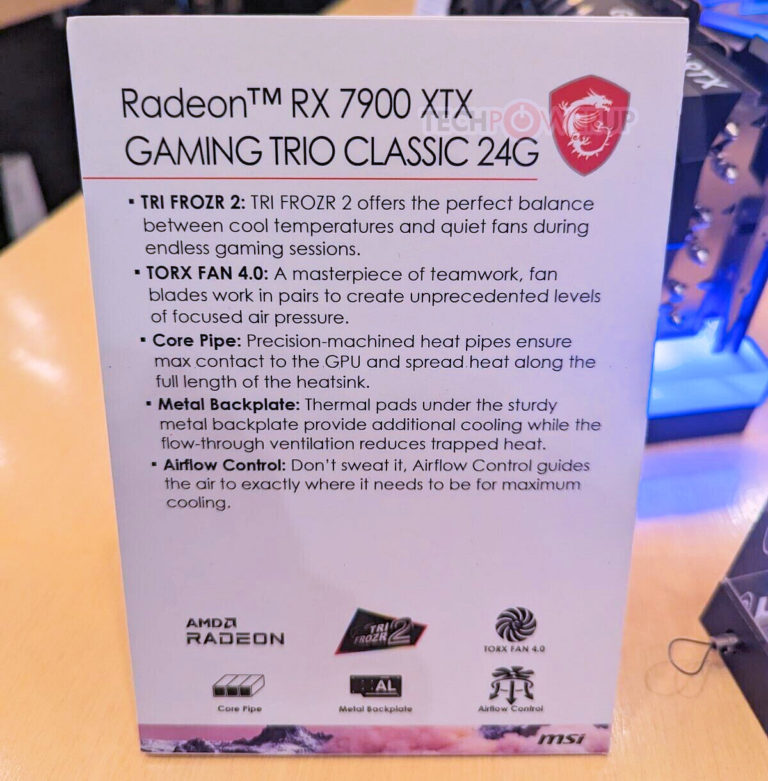 Just like all premium custom designs based on RX 7900 XTX, the Gaming Trio Classic will also require three 8-pin power connectors. The design itself is a triple-fan and triple-slot design, probably not as thick as GeForce RTX 40 models.

According to TechPowerUP, this custom design is set to launch in the first half of 2023, which quite a broad timeline for release.