MSI has discussed the quality of the Intel Comet Lake-S processors during their ‘MSI Insider’ live stream.

MSI has internally tested three Core series based on the batch received from Intel. According to their data, only 2% (Level A) of the Core i5-10600K(F) processors clock higher than Intel’s specifications, with the most (52% – Level B) of samples operating withing the specs. Up to 32% of the samples were considered lower quality (Level C). The Core i7 SKU offers similar quality across the batch tested by MSI.

On the other hand Core i9-10900(K/F) quality appears to be better for overclocking. Up to 27% of the samples tested by MSI were offering more overclocking headroom. After all, these are the full die SKUs, with all 10 cores enable. Some, however, may have integrated graphics disabled (the F series), but they were grouped together by MSI.

Michiel – This is basically a CPU quality level of these new Comet Lake-S (10th Generation) processors.

Eric – This is just from a selected batch. We always get CPUs, so we do some testing and we decide the quality. The level B – that’s what Intel is advertising […], a standard level of what you expect to get, some are below that […] Level C (32%) that’s below standard, and then a few can go much faster, overclocking-wise. So for 10600 this will be 2%, 10700 it will be 5%, then 10900 is interesting — 27% — so those are the very good CPUs which have extra headroom for overclock.

Michiel – If you buy a higher-end CPU it will probably be more suitable for overclocking. It’s likely to have a better CPU quality. 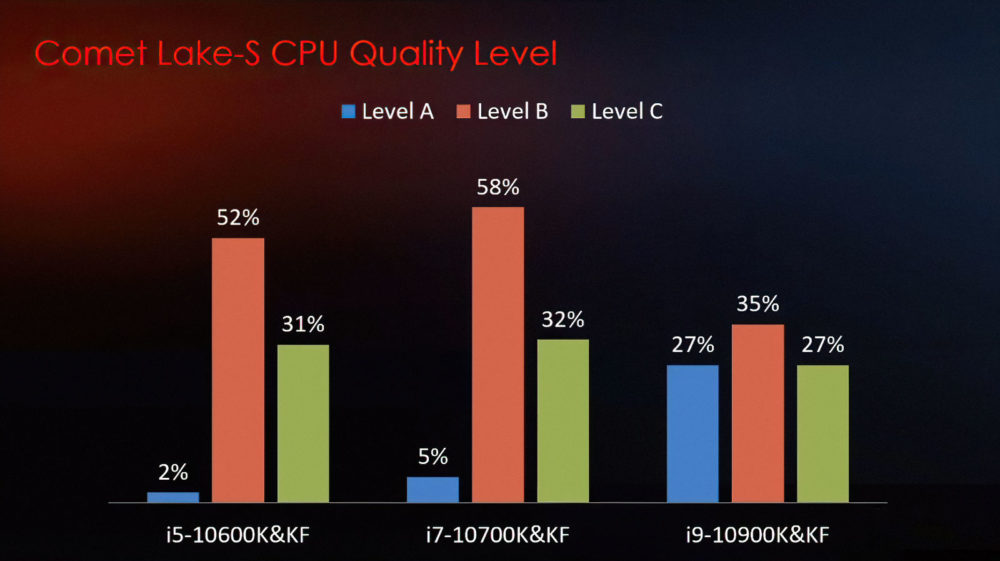 This next chart represents the power requirements for the new series. The curves describe the voltages for the Core series (Blue: i5-10600, Red: Core i7-10700 and Green: Core i9-10900) for the applied multiplier. The bars illustrate the package power (in Watts).

MSI has not shared any details regarding the methods used to generate these graphs, also the number of the CPUs tested could be a major factor. Package power means the power of the processor only.

Do note, the chart has incorrect Core iX labels. 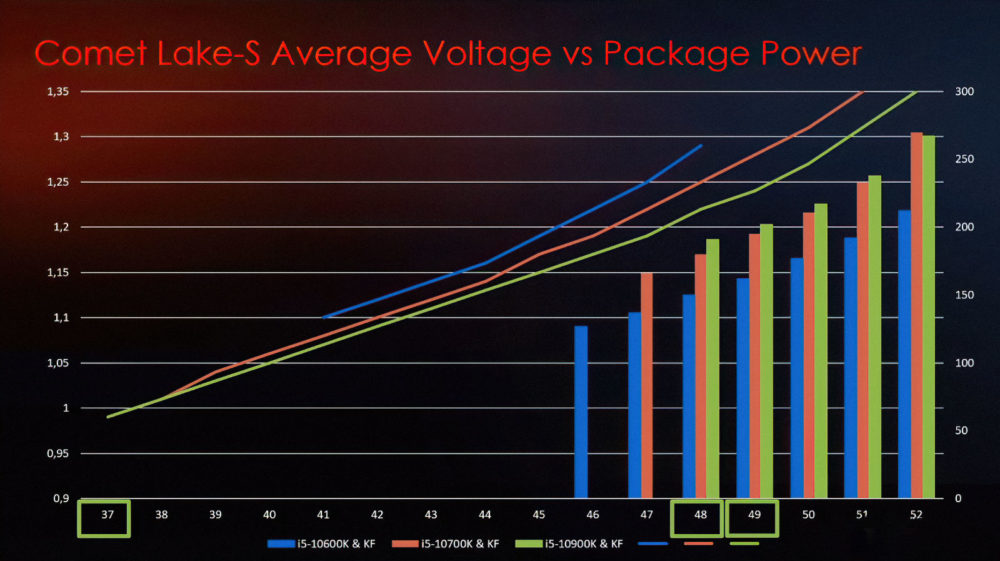 MSI also shared a slide showcasing temperature of the VRMs for Core i9-10900K in stock and overclocked scenarios during Cinebench R20 test. The package power oscillates between 203W for the stock CPU under load and  347W if the core multiplier is set to 51. 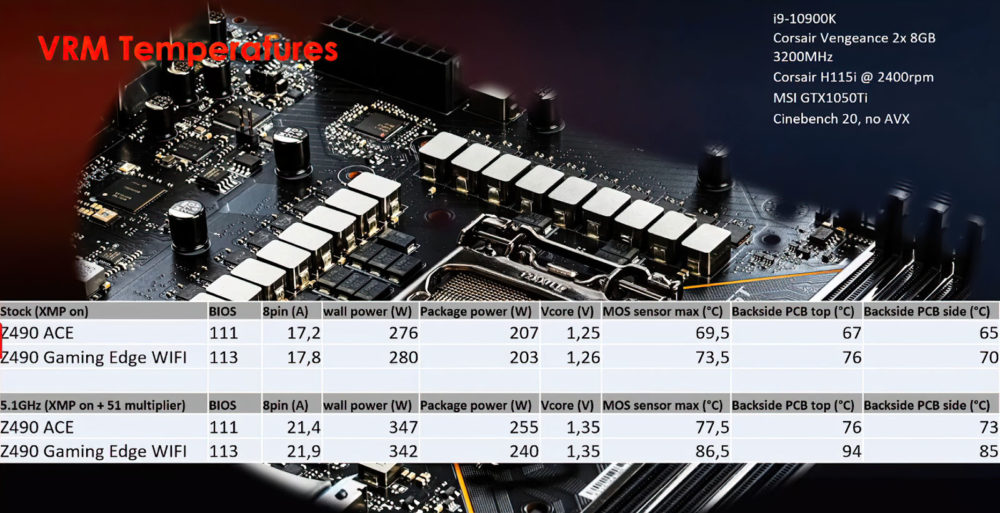