Yesterday MSI revealed the design of its new X670 motherboards, today the company confirms when they launch.

MSI has now confirmed exactly when the Ryzen 7000 and X670 motherboards launch and that’s September 15th. This is the first confirmation of the Ryzen 7000 release date because both the CPUs and motherboards are rumored to launch on the same day. According to MSI, that’s what is going to happen. 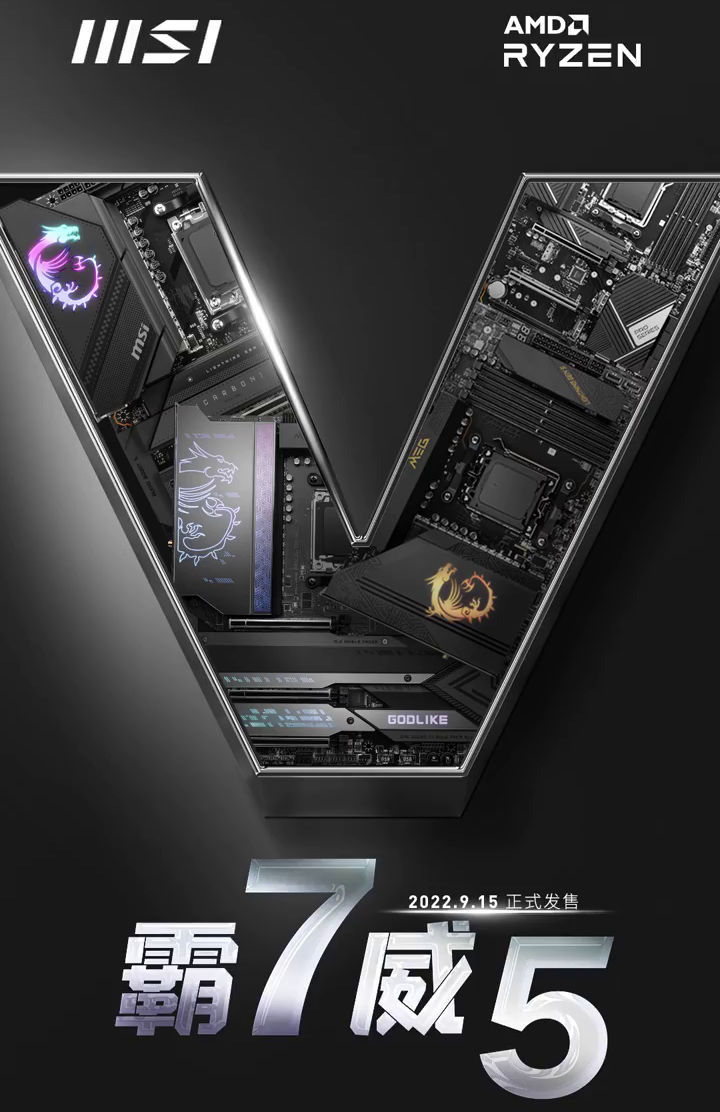 MSI X670 primary lineup features three X670E and one X670 motherboard. This includes MEG X670E GODLIKE (the flagship), the X670 ACE and MPG X670E Carbon Wi-Fi. The only non-Extreme variant is the PRO X670-P Wi-Fi board. Thus far MSI has not shown any B650 motherboard, but one might guess we get a glimpse either before or during the August 29th announcement of Ryzen 7000 series. 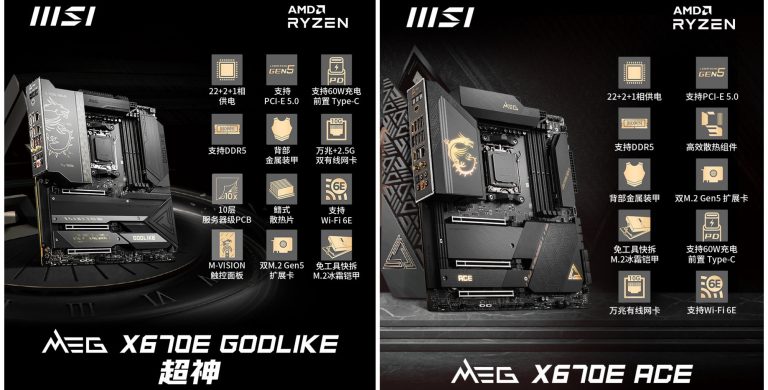 AMD Ryzen 7000 specifications have been leaked this week, allegedly the same day AMD provided those specs to board partners. Clearly, no time was spared this time. The lineup of Zen4 CPUs is to include four SKUs, up to 16-cores, 5.7 GHz and 170W TDP for the flagship Ryzen 9 7950X CPU. All four SKUs are to launch on September 15th.