The slides clearly confirm the memory configuration of both models. The new enthusiast RTX 3080 Ti model is to feature 12GB memory whereas the RTX 3070 Ti is to be equipped with 8GB. This is actually the first confirmation of the memory size for the GA104-400 based RTX 3070 Ti model. Before, it was only speculation. 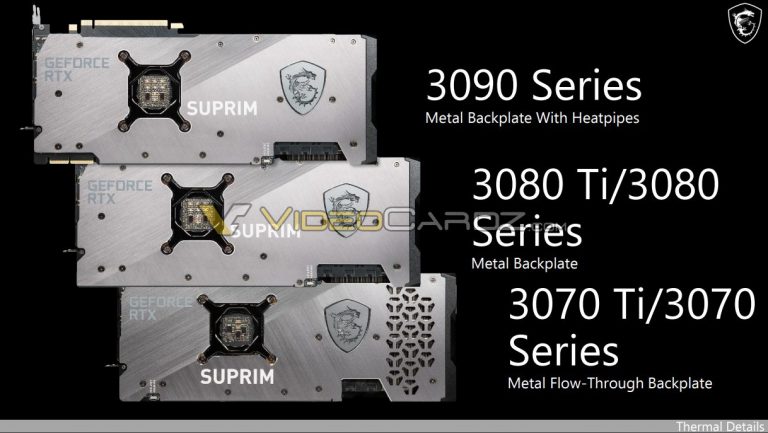 The manufacturer is to launch four RTX 3080Ti/3070Ti graphics cards. Sadly, there are no detailed specifications listed here, only the basic features of the SUPRIM series, which are the flagship series from MSI. The specs sheet does not list the GPU nor memory specs of these cards, so there is still no confirmation on GDDR6X on the RTX 3070 Ti. 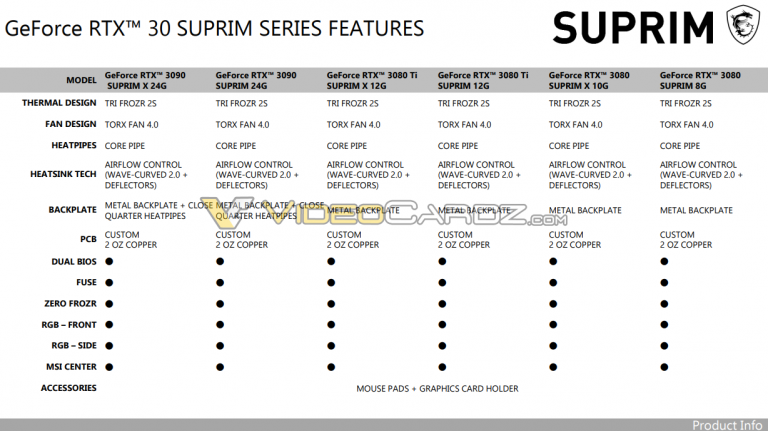 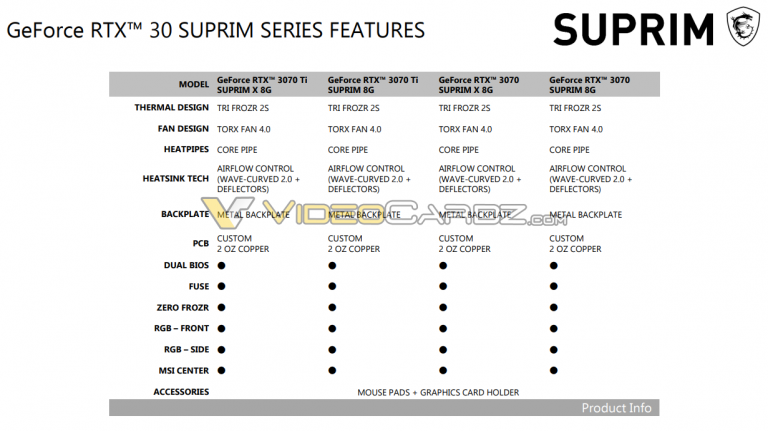 Both models are rumored to be announced on May 29th. The reviews and product launch is expected in early June.