MSI has updated their US store with pricing for the upcoming AMD X670 series.

The next-gen motherboard lineup from MSI is not cheap. MSI now lists four X670 motherboards with prices ranging from $290 to $1300. Only one non-Extreme board is listed (PRO X670-P WIFI) which is also the cheapest one. For mid-range MPG series, one will have to pay at least 480 USD, which is the MSRP for MPG Carbon board.

MSI MEG, considered the flagship series, will retail at 700 and 1300 USD. Those are the prices for MEG ACE and MEG GODLIKE, which come bundled with some peripherals such as M.2 Expander card or OLED display (GODLIKE). 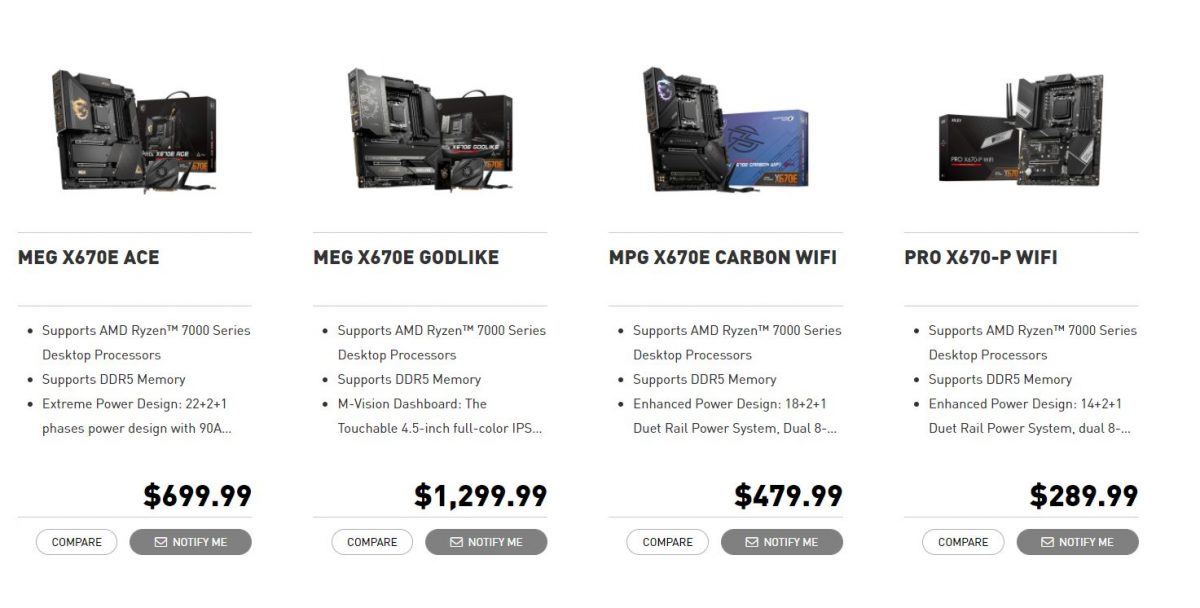 The X670E series will support PCIe Gen5 interface for both PCIe x16 interface (graphics) and M.2 slot (storage). The X670 non-Extreme series only have dedicated Gen5 support for M.2 slot.

AMD is set to launch its new Ryzen 7000 CPU series and X670 motherboards on September 27th. Some boards listed above have already been sent out to the press and will be part of the initial review coverage.