The DAIV Z3-A380 is one of the first system to be reviewed with MSI Arc A380 GPU on board. We have seen the offers for this GPU on Chinese e-tail sites, but thus far no one has tested this GPU model specifically. The MSI A380 is a low-profile model without any power connectors and two small fans. 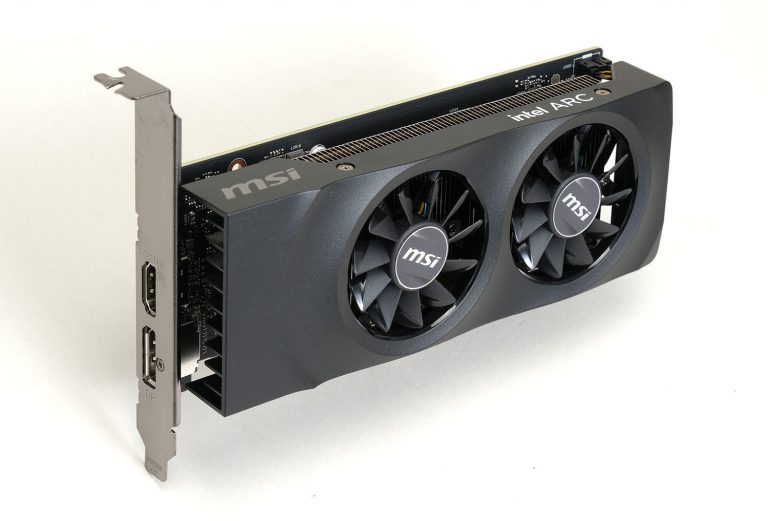 Although it is a low profile GPU, it actually requires two slots. The I/O bracket is equipped two display connectors (DP+HDMI), but it is not stated if that’s HDMI2.1 and DP 2.0. This model is running at default 2450 MHz boost clock with memory at 1937 MHz (15.5 Gbps). Same as with other A380 models, only 8 Xe-Cores and 6GB of GDDR6 96-bit memory is available here. 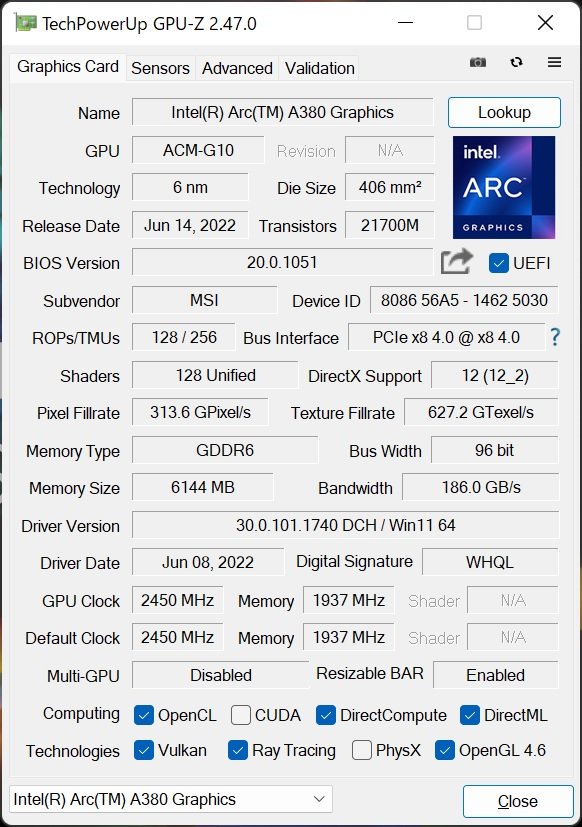 The A380 outperforms GeForce GTX 1650 in DEIV 4N system (equipped with mobile i7-1260P). In 3DMark Firestike and TimeSpy, the GPU is 10% and 39% faster respectively. That does not seem impressive still, however, the A380 is not a gaming GPU.

Intel’s A380 Alchemist GPUs have relatively strong video decoding capabilities, which have also been tested by ITmedia. This may be the key point in choosing this system over others. It is, after all, a workstation/business PC not a gaming machine. 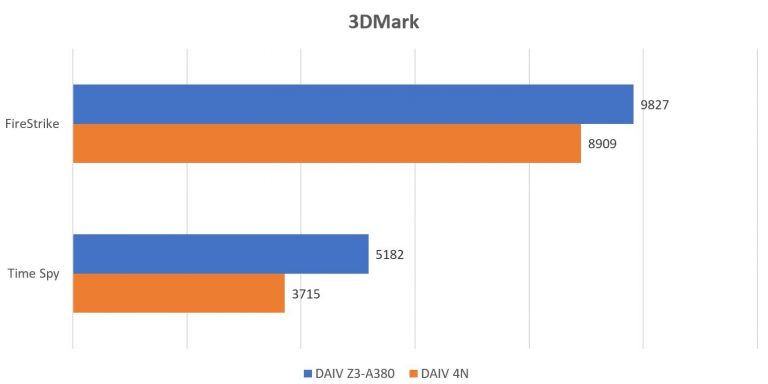 This DAIV Z3-A380 system is equipped with Intel Core i7-12700 CPU and 32GB of DDR4 memory. It’s a mid-tower chassis with enough room to fit HDD storage. A large fan is installed on the side panel, ensuring that MSI A380 has appropriate airflow. For 75W TDP, it shouldn’t get too hot, though. 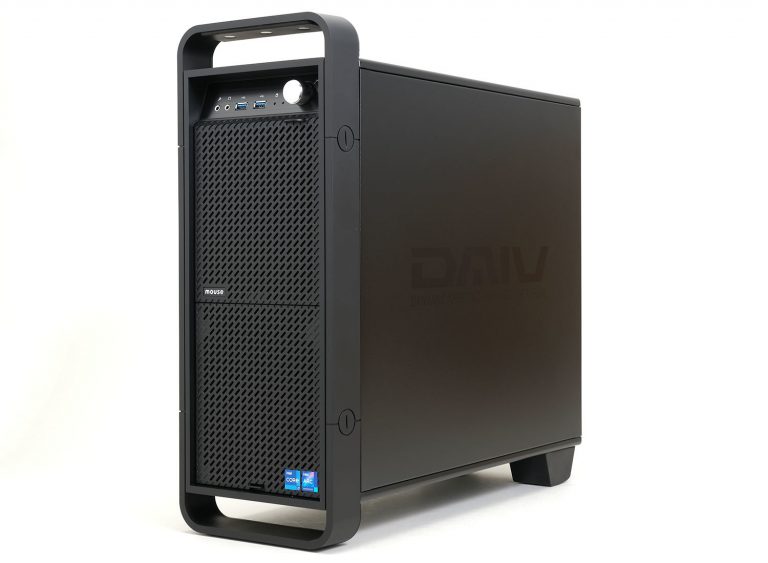 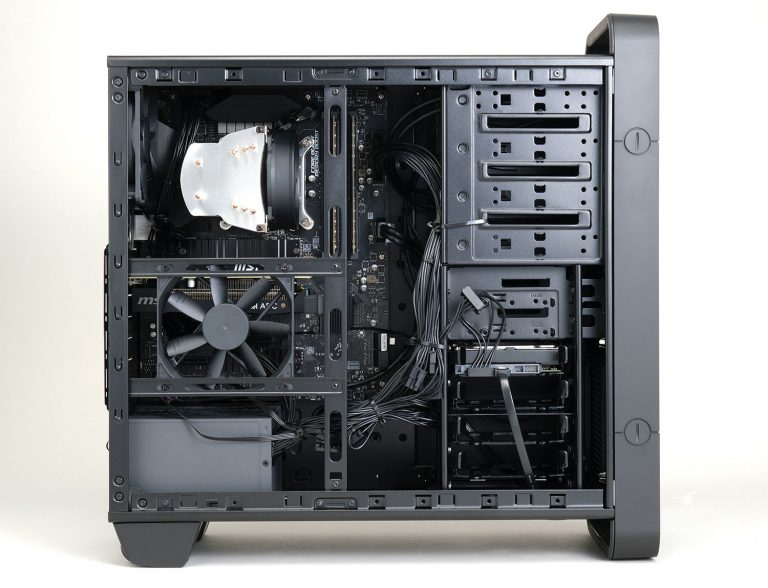