MSI AMD B650 motherboard pricing leaks out, starts at 189 USD

Coming soon to mid-range AMD builds, the B650 series from MSI. 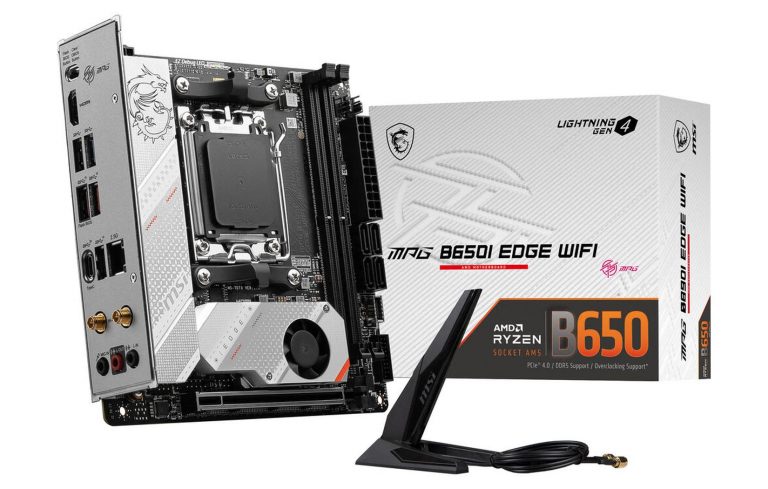 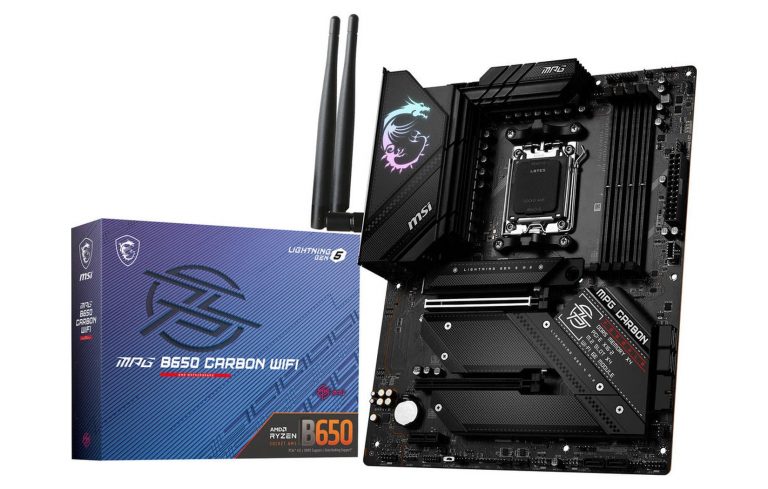 It looks like the vast majority of the MSI B650 lineup will cost more than 200 USD.  The cheapest AMD B650 motherboard from MSI will cost 189 USD, that’s according to the leaked MSRP list. The most expensive model is MPG B650 Carbon at 329 USD.

The lineup that was confirmed yesterday has MPG, MAG and PRO series here, featuring standard ATX, Micro-ATX and Mini-ITX designs. What is worth noting here is that none of the boards is of B650E variant. This means no support for PCIe Gen5 graphics through the primary X16 interface. 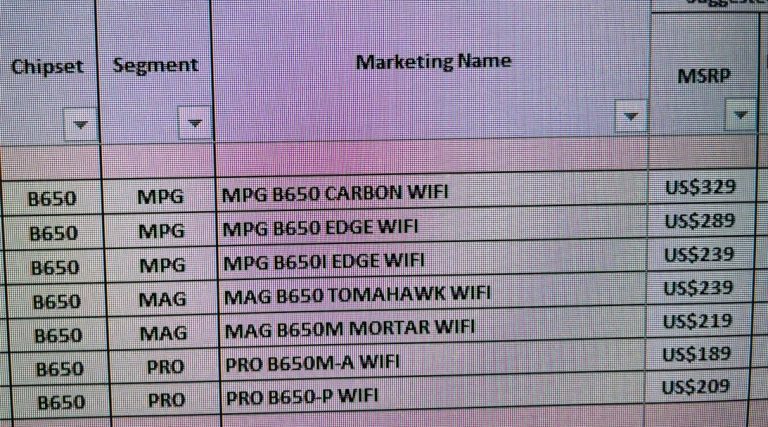 MSI’s B650 series require DDR5 memory to work, but at least old gen PCIe Gen4/Gen3 SSD will work regardless of the model chosen. MSI adopted up to 16+2+1 VRM design (Carbon) for its series and support up to 6600 MT/s memory either through AMD EXPO or Intel XMP 3.0 technology, according to the official press release.