The Beta 19 of Afterburner 4.4.0 (the last version before going into 4.5.0 branch) has new low-level access to SMC microcontroller, which gives you the full control over Vega voltage. Of course, it works both ways, you can also undervolt the GPU. Although there is no per P-state control, a simple slider is working as intended.

This means that alongside AMD’s Wattman, Sapphire’s TRIX and ASUS’ GPU Tweak you have a fourth option for Vega overclocking.

I took Vega for a quick spin with Afterburner and the clock speed is similar to what I observed with my own Wattman overclocking. Below you can see my settings applied, also notice new GPU power consumption graph: 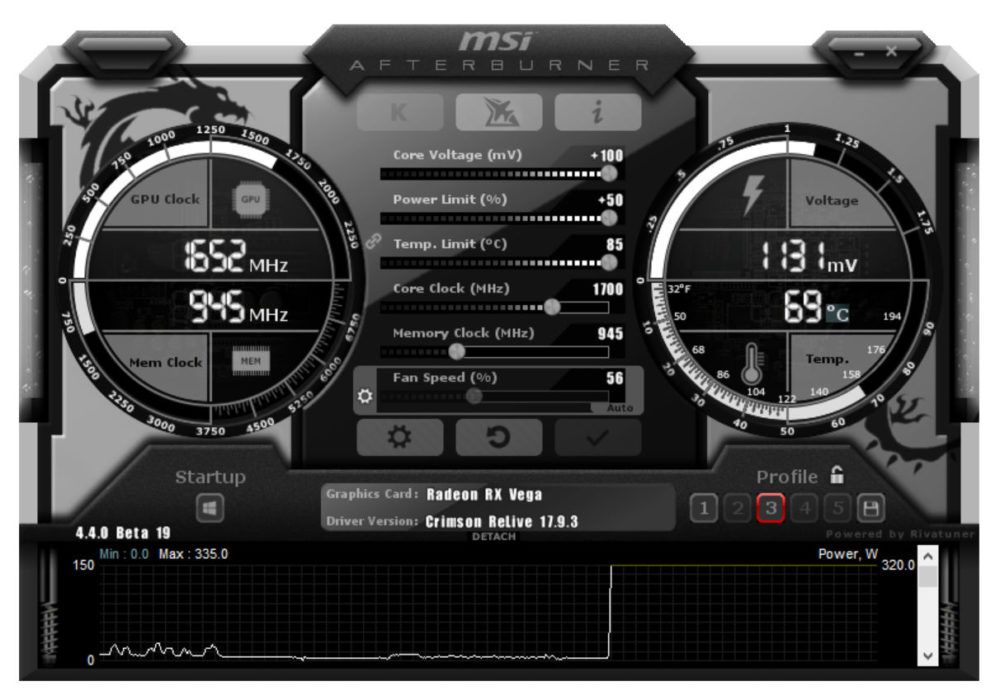 Part of the changelog:

Core voltage control for reference design AMD Vega series cards is now performed via low-level access to on-die SMC microcontroller. Voltage is adjusted in offset form now, applied to all P-states (just like it was on Fiji/Polaris) and full -100..+100 range is available

Interestingly, yet unannounced GeForce GTX 1070 Ti also makes the appearance in the changelog. Since GTX 1070 Ti is based on the same GP104 board as GTX 1070, it did not require any serious changes to the program. The latest beta of Afterburner now supports core voltage control for reference design of the GTX 1070 Ti. Bear in mind, this is the original quote with a typo (GTX vs GT):