MSI accused of selling GeForce RTX 3080 on eBay at much higher price, releases a statement

An accusation has been made on Reddit that MSI might be involved in a scalping process through its US subsidiary on eBay.

MSI selling GeForce RTX 3080 at a much higher price through its subsidiary on eBay?

The eBay listing reveals that the company known as Starlit Partner has sold four GeForce RTX 3080 graphics cards at a price if 1,359 USD. That is almost twice as much as the NVIDIA suggested retail price for this SKU and around 600 USD more than the retail price for this particular MSI GAMING X model. Well, this wouldn’t be a story if not for the fact that the company is owned by MSI USA.

Justitia trademark information confirms that the eBay seller “Starlit Partner” is owned by MSI Computer Corp. According to Bloomberg’s public information, MSI Computer Corp. has board members from Micro-Star International Co Ltd, so from the headquarters of MSI Taiwan. All these companies are connected.

Shortly before we published this article MSI USA confirmed that the company Starlit Partner is an individual sales subsidiary working under MSI. The subsidiary has been selling excess inventory for MSI. However, it had access to inventory that they were not permitted to handle.

Connecting eBay/Amazon seller to MSI HQ was not a straightforward process. The company is owned by MSI Computer Corp, which then has board members from MSI International. 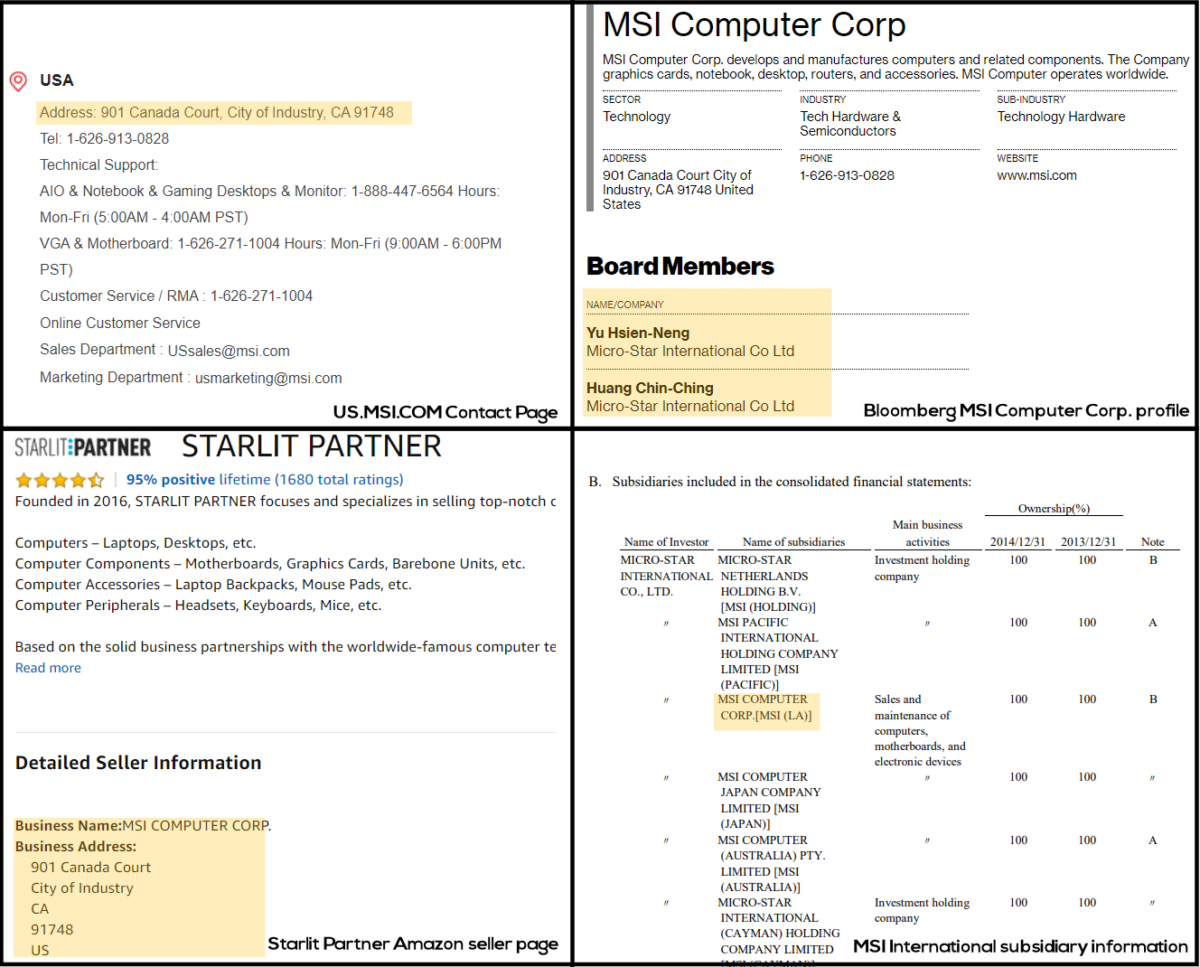 Known YouTubers have been quickly tipped off about the findings. Linus Sebastian (Linus Tech Tips) already had contacted NVIDIA and the manufacturer has already been looking into the situation.

But I heard back from NV already. They're looking into it ?