Temporal upscaling techniques can provide a substantial performance improvement at a cost of image quality. The better the algorithm the lesser the image quality loss. NVIDIA DLSS 2.4 and AMD FSR 2.0 technologies have both been proven to deliver great results so far and both are now being added to new games almost on a daily basis.

AMD FSR 2.0 which made a debut just a few weeks ago, has now gone open source and is it successfully being added to more games officially and unofficially thanks to the help of modders. Redditor and modder “muddymind” figured that since the code is available and there are already mods implementing FSR 2.0 into for popular games, then why not try to mimic NVIDIA’s thus far exclusive feature known as DLAA (Deep Learning Anti Aliasing).

Muddymind used the available FSR 2.0 Software Developer Kit to modify the upscaling factor for the quality mode from 1.3x to 1.0x. As a result, the output image is rendered at the same resolution, but uses better FSR antialiasing at small performance loss, claims the modder. The working title for this project is FSRAA. 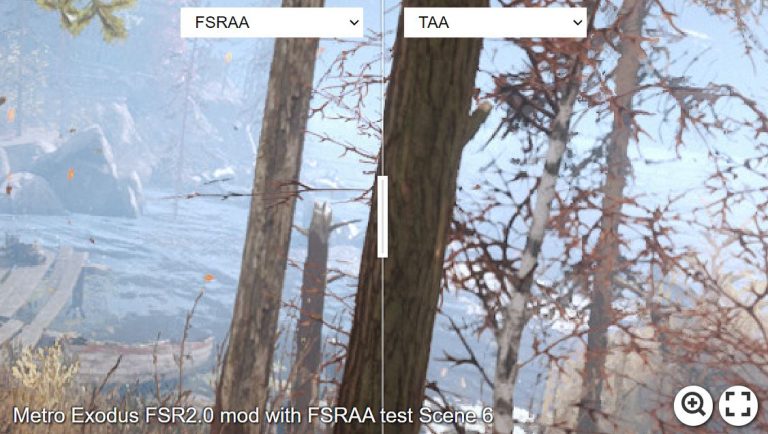 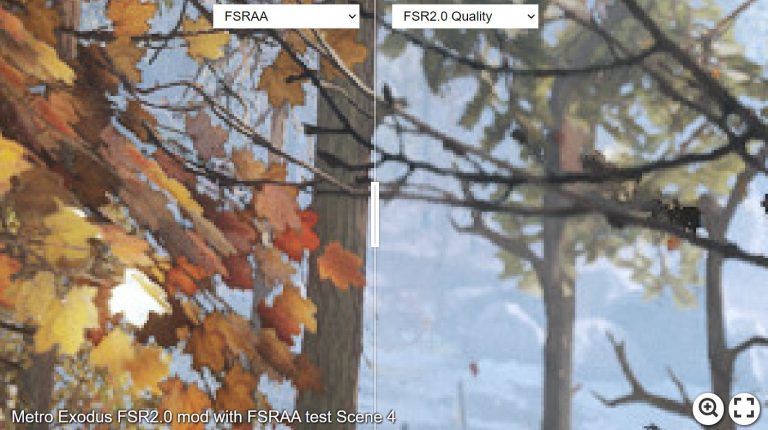 All distant branches and small details are much more detailed in the “FSRAA” while having a very small performance hit when compared to native TAA. It also solved the weird checker-board like pattern that FSR2.0 can create in busy small branches parts and the excessively small particles.

You can learn more about this project on Reddit, where the mod was announced.