PRO Hi-Tech takes the modified graphics card from VIK-on for a spin.

While we’re just a week away from the official introduction of GeForce RTX 2060 with 12GB memory, a modded sample of a 6GB variant has now been thoroughly tested by a Russian YouTube channel. The card tested is not identical to the upcoming SKU from NVIDIA, as we have already told you the official model is to feature 2176 CUDA cores, whereas the modded card features no more than 1920 cores. In other words, the modified sample is nothing more than just RTX 2060 with more memory, but the same clock speeds and TDP limits. 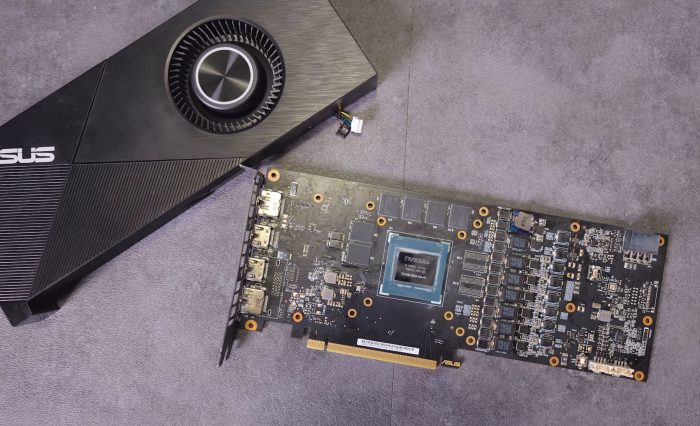 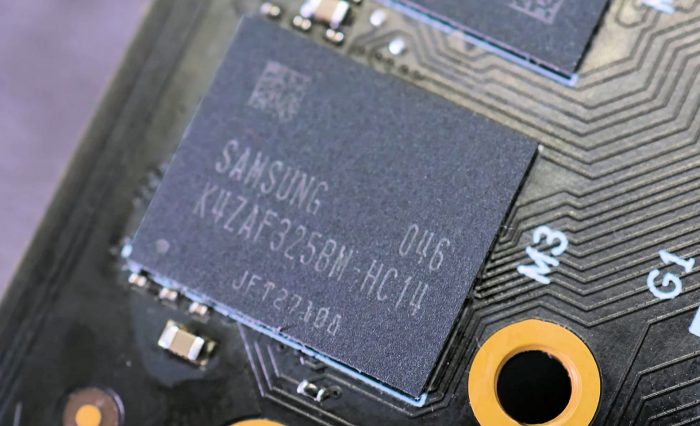 The sample has been upgraded to 2GB Samsung 14Gbps modules, which is the same speed as the original 6GB model. Outside of the tests requiring more than 6GB memory, both cards perform nearly the same, with some fluctuations in the 0.1% FPS space in games such as Far Cry 6. However, because the modded sample still has the same TDP as the original model, more power is now devoted to the memory subsystem, which might limit GPU performance to some degree. This, unfortunately, has not been tested by Pro Hi-Tech, but they demonstrated that the 12GB model actually consumes less power than the 6GB model in games such as Cyberpunk (in this case GAINWARD RTX 2060 Dual). 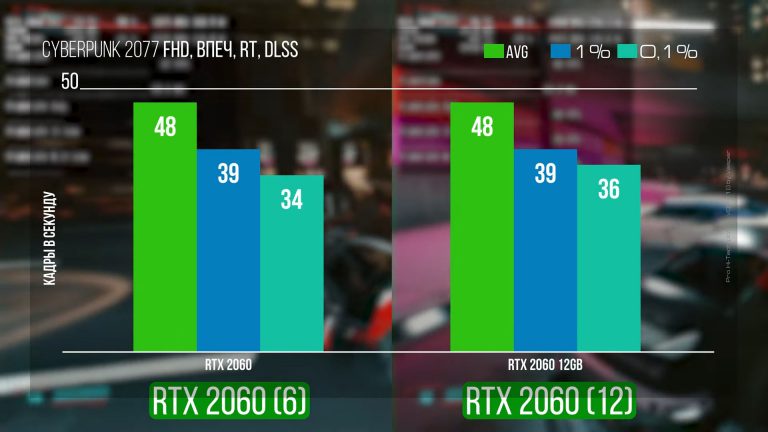 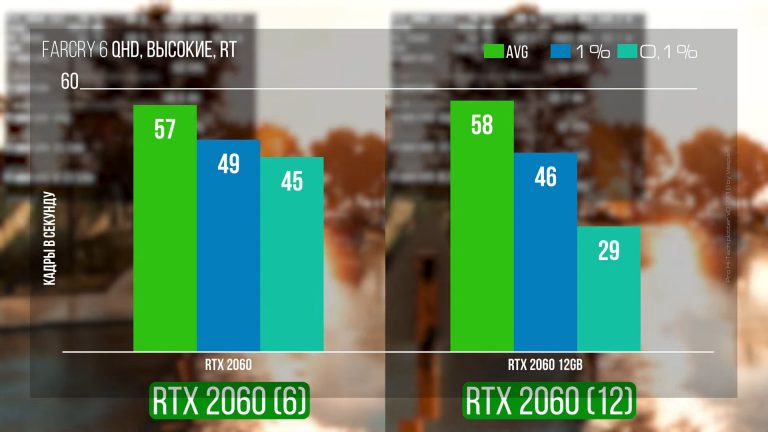 Probably the most interesting test is the Watch Dogs Legion at 1080p resolution and Ultra settings with ray tracing and DLSS enabled. The modded card offers significantly better 1% and 0.1% FPS compared to the 6GB model. But it should be noted that the reviewer had to specifically target a VRAM constrained benchmark in order to see such results. 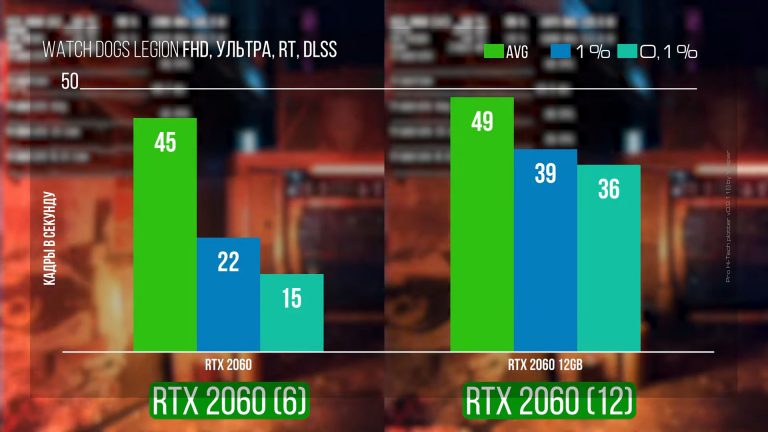 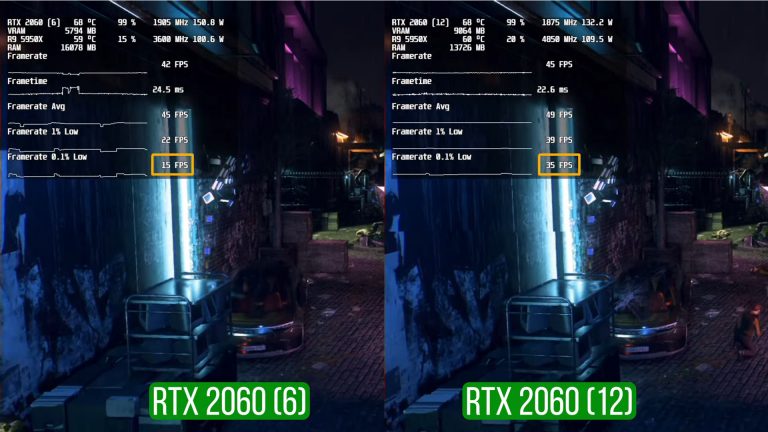