Minisforum is now preparing to launch a new MiniPC equipped with a desktop AMD Cezanne G-Series processor. This computer codenamed X500 will feature AMD Ryzen 7 5700G APU, which is the fastest desktop Cezanne processor from AMD.

The company has reached out to us if we wanted to share their internal performance evaluations of the Ryzen 7 5700G in this upcoming X500 system in comparison to the already released HX90 MiniPC which features Ryzen 9 5900HX CPU. The latter is a mobile variant based on the FP6 socket which only has some small changes to the clock speeds and default TDP.

Minisforum only provided screenshots and information about the upcoming devices, but sadly no full specs of the system were included (such as memory configuration). We were able to find some of these results in the public databases though, which confirmed that both systems were using the same 16GB DDR4-3200 memory. 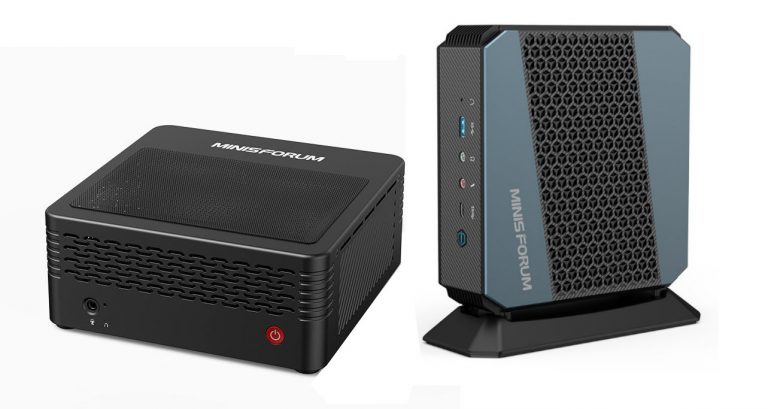 AMD Ryzen 7 5700G has a higher TDP range than 5900HX. The so-called configurable TDP (cTDP) goes from 45 to 65W, whereas the mobile Ryzen 9 5900HX cTDP goes from 35 to 54W. The HX variant of the Ryzen 5000H series simply means that this CPU is unlocked for overclocking, it should also mean it is a higher-binned chip than other mobile Cezanne CPUs, such as Ryzen 7 5800H. It is worth mentioning though that AMD also offers Ryzen 9 5980HX, the flagship mobile Cezanne SKU, which is not used by Minisforum for any MiniPC, however, it has been reported to soon become available with ASUS Rog Zephyrus Duo 15 SE laptop. That said, the 5980HX would probably be a better fit for this comparison.

Both APUs trade places depending on the workload. It is hard to draw a clear winner, but we can see a minimal advantage of 5700G over 5900HX in pure compute workloads and slightly better graphics performance on 5900HX. In any case, it shouldn’t really matter which CPU will be used by the MiniPC when performance is considered, but rather the form factor of the device, connectivity, and other features not related to the APU itself.

We are including all the screenshots that were provided by Minisforum. Do note that we added more results to the chart above, which is why some screenshots show different values. 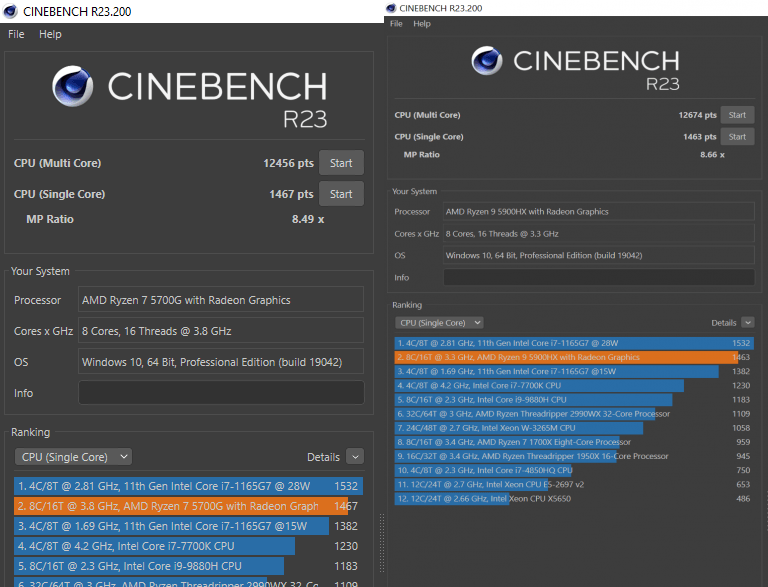 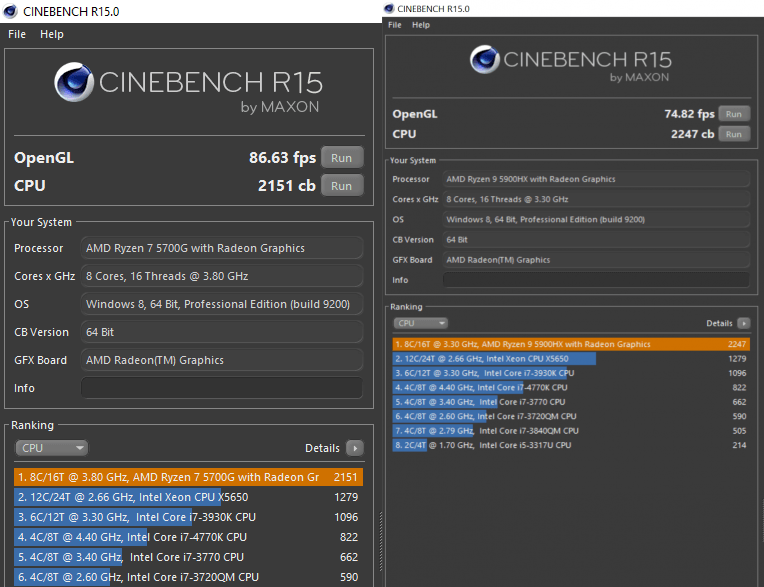 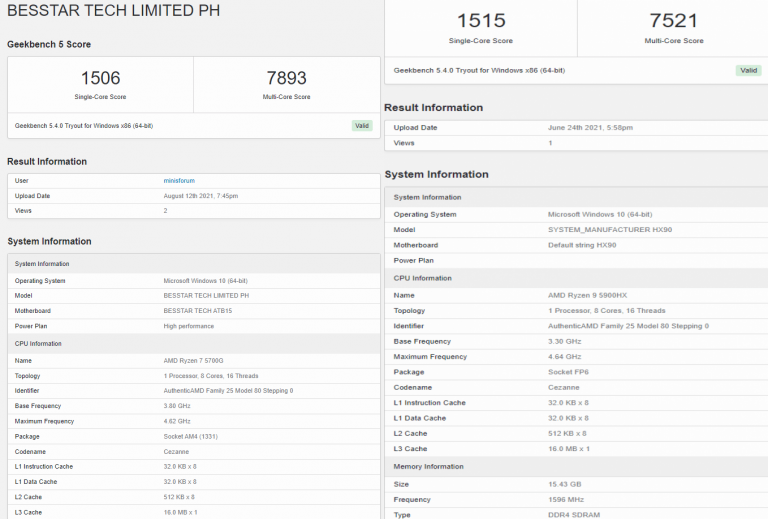 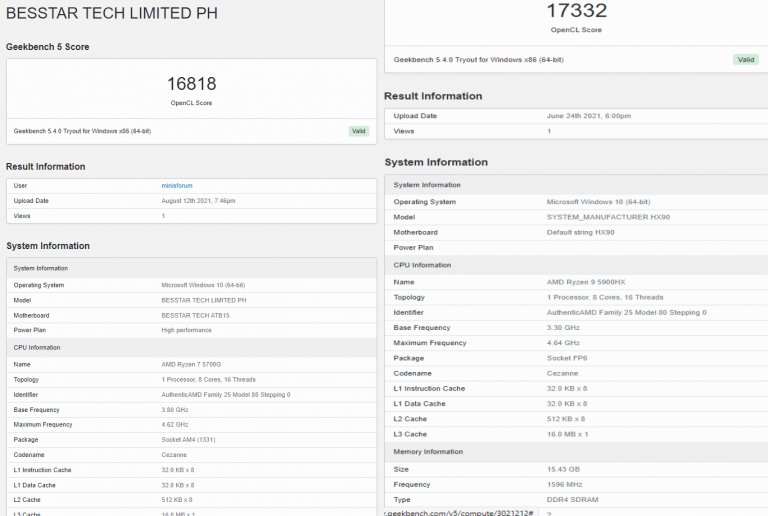 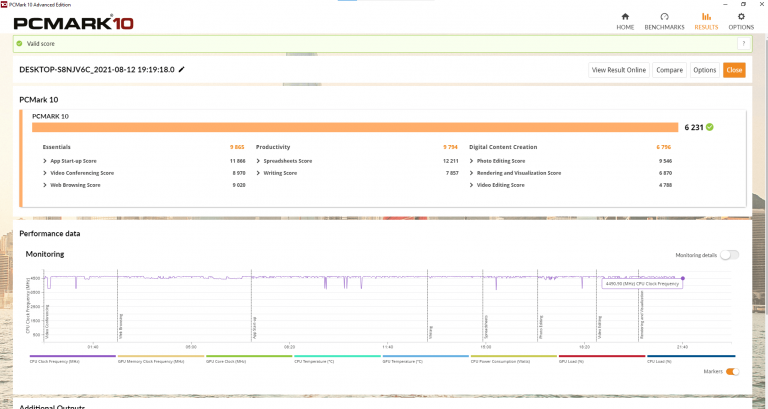 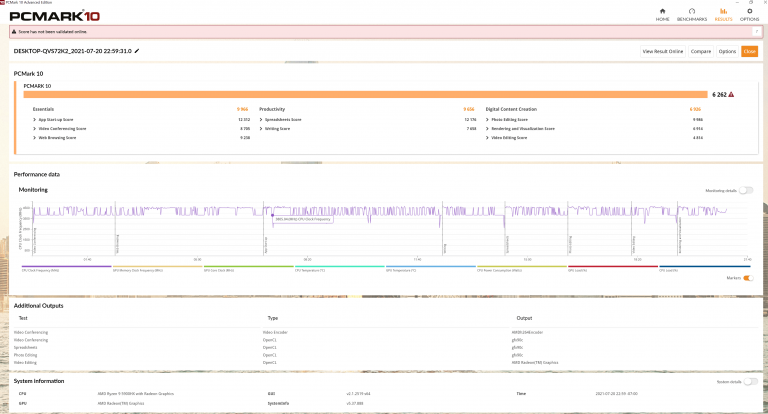 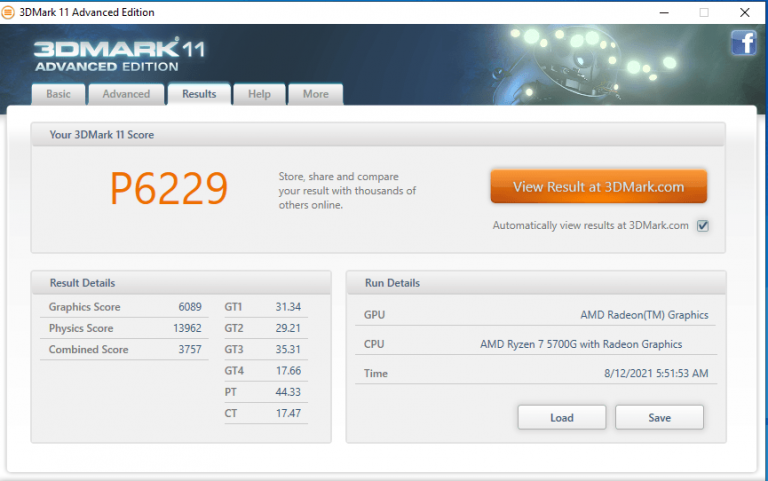 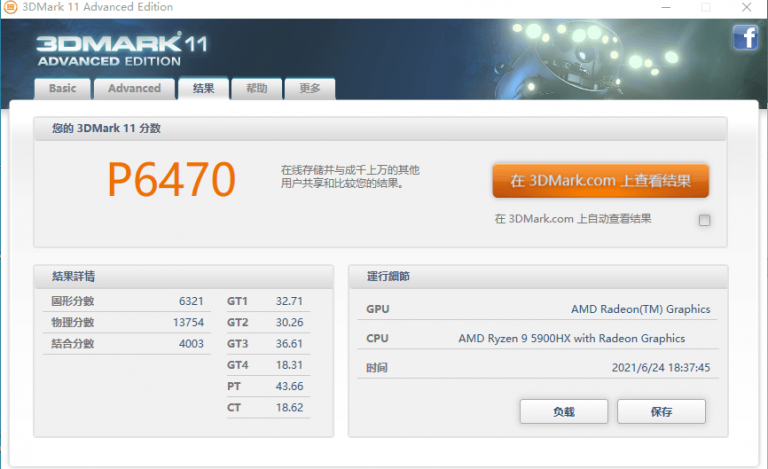 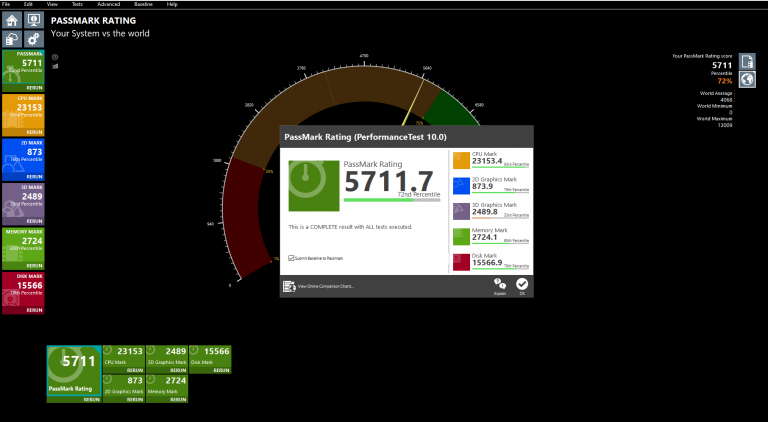 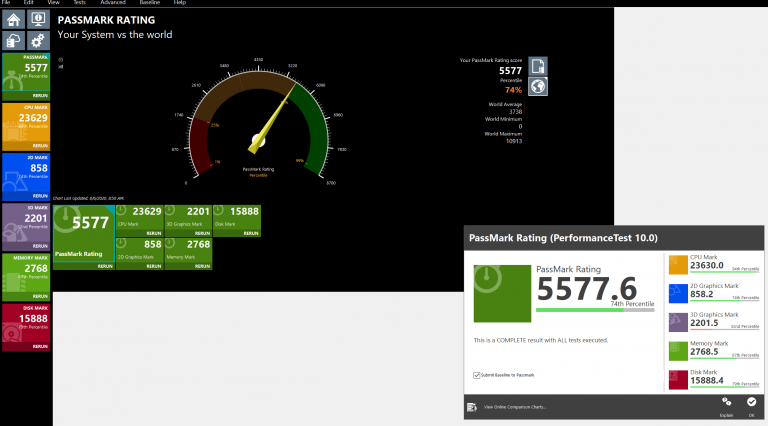 Many thanks to Minisforum for providing this data.