A successor to Surface Laptop 4 packs the best mobile CPU SKUs from the low-power Intel and AMD lineup.

The Surface Laptop 5 would be offered two screen options: 13.5″ and 15″. The display would be a 3:2 aspect ratio with a 1500:1 contrast ratio. It looks to be the same display as its predecessor except now it will have a refresh rate of 120 Hz, MyLaptopGuide notes.

The Surface Laptop 5 finally gets Thunderbolt 4 support. The predecessor only supported USB-C which was a 3.1 Gen2 type with DP 1.4/PD support, but it was not officially a Thunderbolt port. 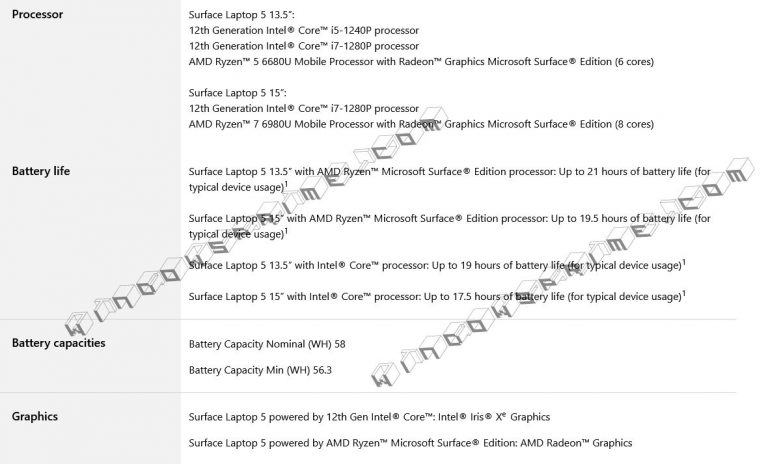 Interestingly, according to those specs, the Ryzen 7 6980U would support LPDDR4X memory. Unfortunately, this custom part designed for Microsoft has not yet been officially announced so the specs are not confirmed. All Ryzen 6000 CPUs based on “Rembrandt” silicon that have been announced so far support DDR5 or LPDDR5 memory. It is unclear what silicon are Ryzen 7 6980U and Ryzen 5 6680U using, they could either be custom Rembrandt parts for Microsoft, or Cezanne (Barcelo) rebrands which are LPDDR4X/DDR4 compatible. 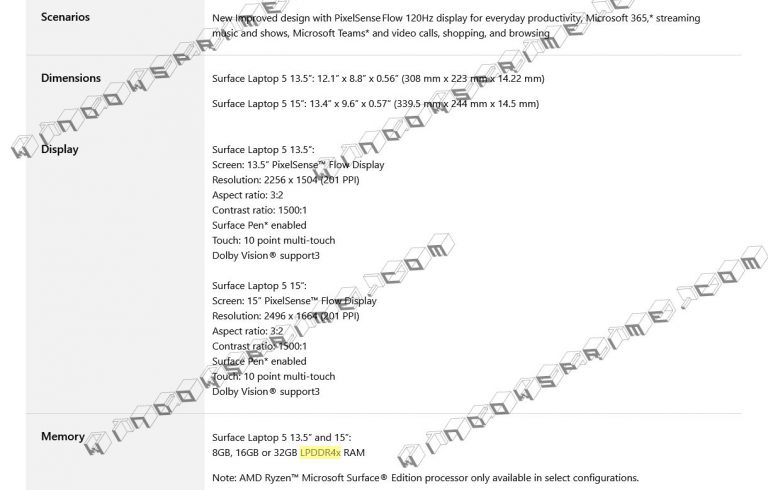 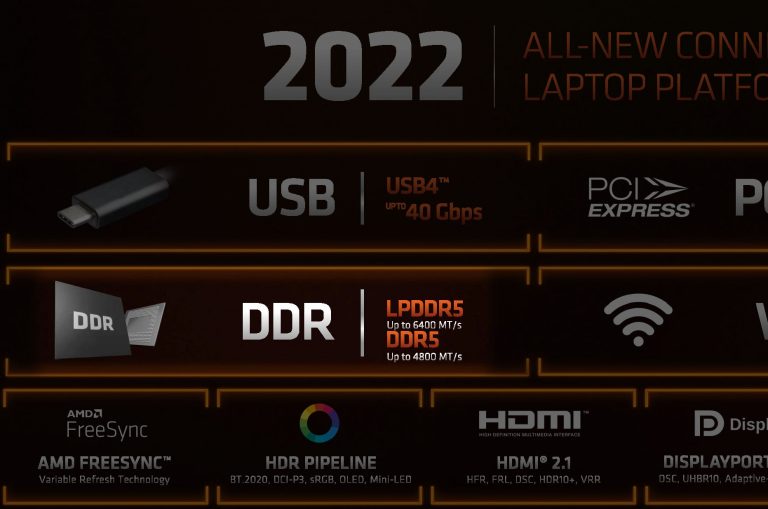