Surface 4 with Intel and AMD CPUs

Microsoft couldn’t decide whether Surface 4 should use Intel or AMD, so they are going to offer both options.

The specifications of the Surface 4 laptop have been leaked by Winfuture. This new version now expected to launch around April. The Surface 4 is a special laptop designed by Microsoft team often compared with Apple MacBook Pro and Google PIxelbook, each offering proprietary operating systems.

It’s important to mention that the Surface Laptop is not the same product as the ‘original’ Surface. Microsoft has somehow managed to make the most confusing product lineup ever with Surface products fragmented into tablets, 2-in-1 devices, and laptops. The naming does not appear to follow any logic whatsoever. That said, the Surface Laptop should be considered a separate product line with numbering completely unrelated to other series. 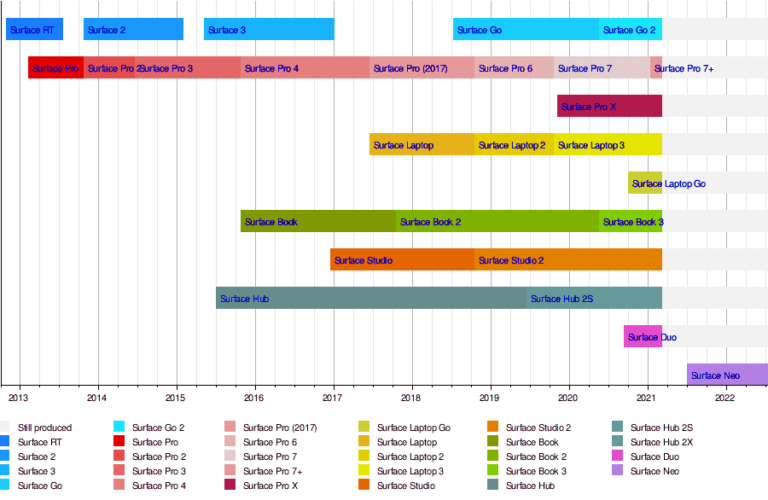 The 4th generation of Surface Laptop will feature Intel Tiger Lake CPUs, either Core i5 or Core i7. Additionally, customers will be able to choose between AMD Ryzen 5 4680U and Ryzen 7 4980U, those appear to be custom variants designed specifically for Microsoft Surface. The current edition (Surface Laptop 3) also offers AMD and Intel CPUs. The Laptop 3 is offered with either Intel 10th Gen Core “Ice lake” or Ryzen 3580/3780U mobile CPUs based on first-gen Zen architecture.

The upgrade to Zen2 based AMD CPUs will mean that Surface Laptop 4 will be offered with 7nm 8-core APUs for the first time. Those AMD CPUs will be clocked up to 4.4 GHz. Intel Tiger Lake, on the other hand, is limited to quad-core configuration.

The Surface Laptop 3 is currently available at 770 USD, a reduction from 1000 USD MSRP. The new generation is likely to feature the same price tag. However, those prices vary depending on the memory and storage options. There is no information on any possible price difference between Intel and AMD based Surface Laptop 4.