Microsoft has confirmed the initial specs of the XBOX Series X console. The device will feature a Zen 2 custom processor with RDNA 2-based graphics unit. The GPU alone will have 12 Teraflops of computing power. This is twice as much as the current Xbox One X and eight times the original Xbox One.

The new console will support Variable Rate Shading (VRS), which is a new technology optimizing the GPU usage by prioritizing the importance of environmental objects and how they should be displayed. This should provide a more stable frame rate and no loss in image quality. This technology is already supported by NVIDIA Turing and Intel Gen11 graphics.

The XBOX Series X featuring RDNA GPU will also support hardware-accelerated DirectX raytracing. This is the ultimate proof that AMD’s upcoming RDNA2 architecture is capable of hardware raytracing. The lack of HW-RT was clearly putting AMD GPUs at a disadvantage over NVIDIA Turing GPUs.

What’s also interesting is that the new console will support HDMI 2.1, something that no consumer graphics card does. 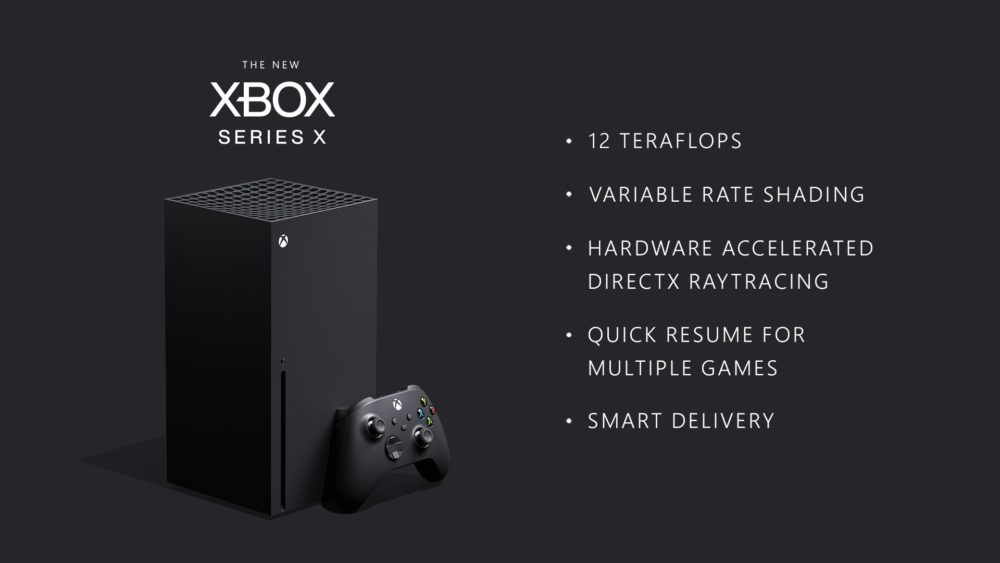