Twenty two desktop CPUs from the new series have now been confirmed by Microsoft.

Over at Microsoft website dedicated to Windows 11 22H2 operating system, one can find a long list of supported Intel CPUs. This list features the brand-new K-series Raptor Lake CPUs, and surprisingly, SKUs that have yet been released yet.

The website lists compatible processors for Windows 11 22H2, as we know the full compatibility requires TPM and UEFI Secure Boot support, so older CPUs are not on the list. However, some 8th Gen Core, 9th, 10th, 11th and 12th series are here. Interestingly, one can also find 13th Gen Core series CPUs here, even the models that the company has not made official. 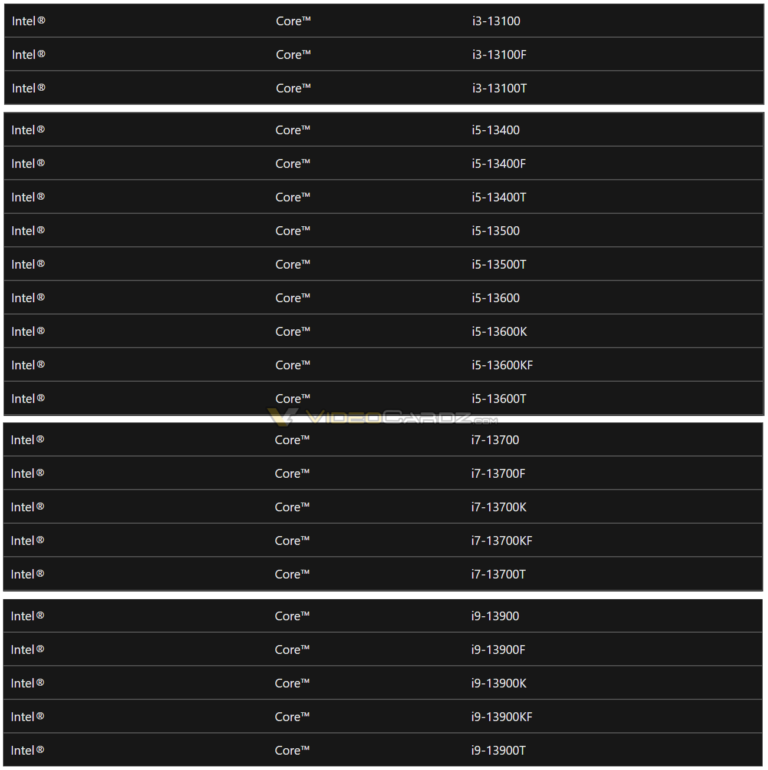 This list is more or less a confirmation of the Gigabyte leak, and at this point one might ask is this even a leak anymore. But the fact is, Intel did not confirm any of these parts yet, the specifications remain unknown and so does the release date and pricing.

We are trying to keep our spec table for 13th Gen series up to date, but there has been no change and no confirmation on clock speeds for many parts yet. When it comes to release date, we can only guess Intel will launch the remaining 16 models by the end of this year, or early next year. This launch should also be accompanied by cheaper 700-series motherboards.