AMD RDNA2 graphics cards will provide hardware acceleration for AV1 (AOMedia Video 1) video codec. This codec has 34% higher data compression (according to AOMedia) or 20% improved compression efficiency than VP9 codec according to Netflix, who already deployed it for select Android users.

Microsoft confirmed in its official blog that this fall broad hardware support will roll out from its partners for the AV1 codec. It will require Windows 10 1909 or later and an AV1 video extension plugin.

According to Microsoft, Intel, NVIDIA, and AMD have or will have products that will support the AV1 acceleration this fall. Intel has already unveiled it’s 11th Gen Tiger Lake processors featuring Xe-LP graphics and so did NVIDIA with its ‘Ampere’ GeForce RTX 30 series.

The only remaining manufacturer to launch its new products is AMD with Radeon RX 6000 series based on RDNA2 architecture. 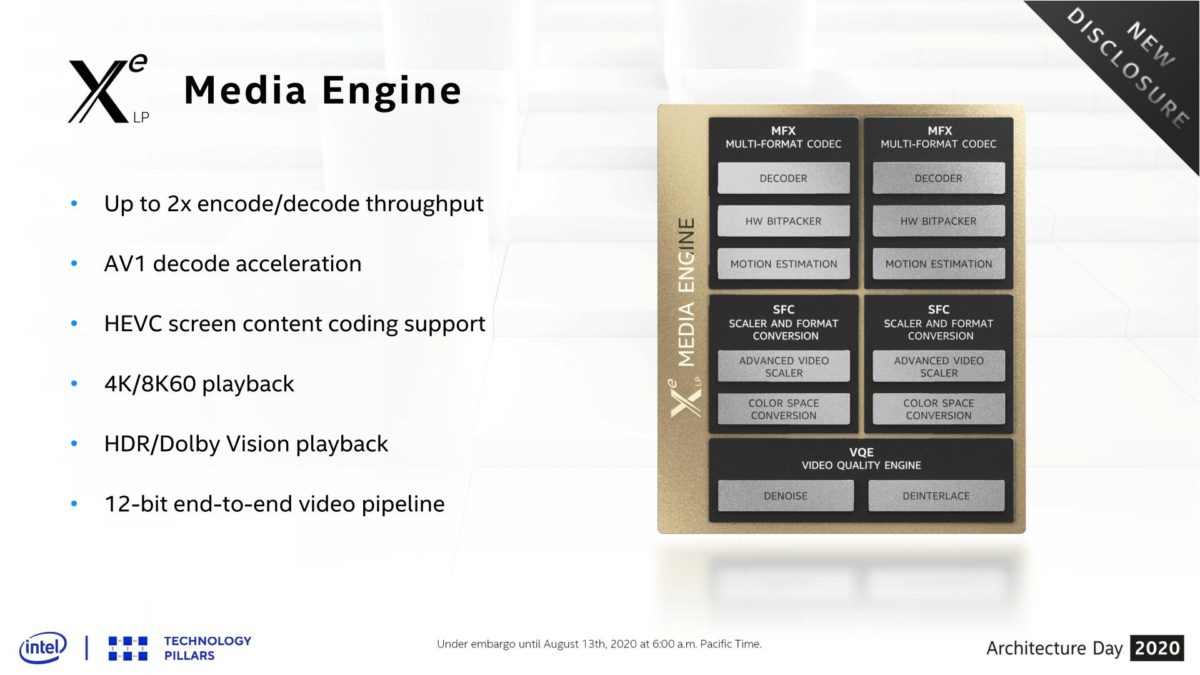 The AV1 video decoding was missing from Xbox Series X (based on AMD RDNA2 hardware) specifications:

Here are the components required to experience hardware accelerated AV1 video on Windows 10:

When it comes to video encoding and decoding, sometimes the most important factor is not the bandwidth saved from using a newer codec, but how much processing time is needed to stream the content. There are already better coding algorithms in development, but without hardware acceleration, they are visibly slower and more demanding than AV1. A good example is the VVC (Versatile  Video Coding), which is 28% (HD) to 34% (UHD) better than AV1, but it requires 70% more encoding time and 54% more decoding than AV1.