Memtest86+ with support for DDR5 memory

The memory test aka ‘memtest’ project might be confusing to those who heard the name, but have not been following the development progress closely.

The Memtest86+ is not the same as PassMark’s Memtest86. The latter is closed source, while the former is open source. The new version is based on the program called PCMemTest and is now in development by two developers.

The tool has just been updated to support Intel 13th Gen Core and AMD Ryzen 7000 series CPUs. The latest version is now available for download and it is the first version that went out of BETA. 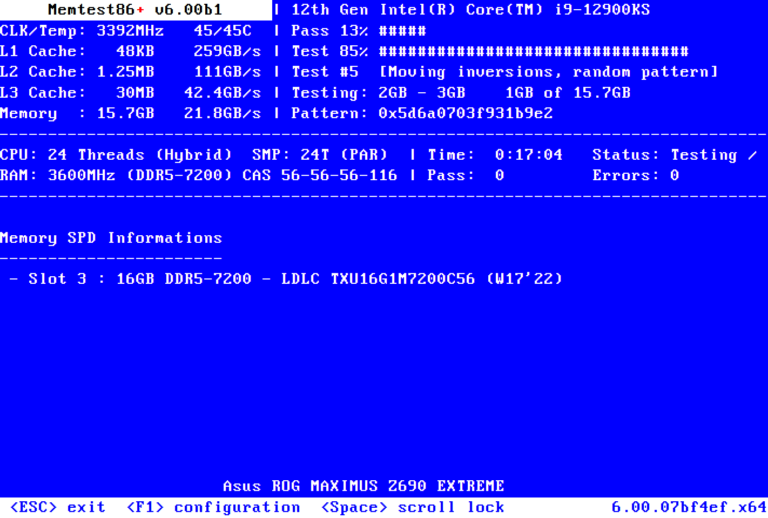 Memtest86+ is not a Windows application, but for a good reason. It’s a standalone app that boots with the PC without operating system overhead. It can detect more errors than PC BIOS built-in tools (some motherboards have such tools).

Such tools are always worth giving a try before throwing the memory away. They can also verify the stability of the memory with overclocking settings, which is probably the main reason why many people will download this tool.

Memtest86+ v6.00 final has been released! 🎉
Since the last non-beta version (in 2013!), it has been rewritten from scratch and is back to active development. Memtest86+ is still 100% open-source and 100% free. Please give it a try at https://t.co/MipBsftGBU. 😍 pic.twitter.com/oudTI4p3KZ