Officially, AMD only confirmed its next-gen Ryzen series will support DDR5 memory, but the company never gave any details on the default speed that will be supported. Meanwhile, what the leaked documents say is that DDR5 memory will be exclusively supported by the platform, with no sign of DDR4 standard support.

According to Apacer, the Ryzen 7000 series might support DDR5-5200 memory by default, which is 400 MHz higher than JEDEC specs and what Intel Alder Lake platform supports. The chart also confirms that there is no DDR4 support, and that EPYC Genoa comes with DDR5-5200 support out-of-the box as well. Both of these Ryzen and EPYC platforms are based on AMD Zen4 microarchitecture.

Recently we revealed that AMD is preparing a new technology called EXPO. This technology will be responsible for storing overclocking DDR5 memory profiles, including high-bandwidth and low-latency modes. At the same time, AMD teases that “Raphael” series will make a big splash with memory overclocking, which means either manual OC or support for high-speed overclocking profiles and memory kits. 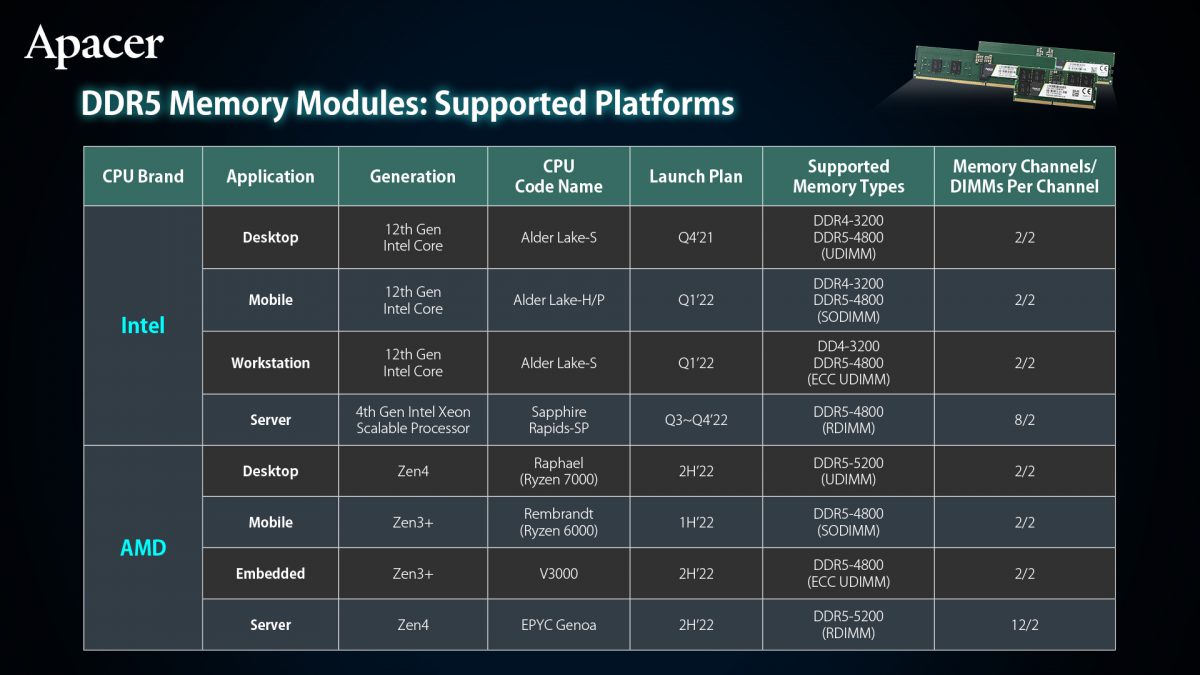 AMD new AM5 platform will launch in the second half of 2022 officially. Unofficially, it is expected to launch around late Q3/early Q4.