Dimensity 9000, high-end mobile SoC with all the latest architectures 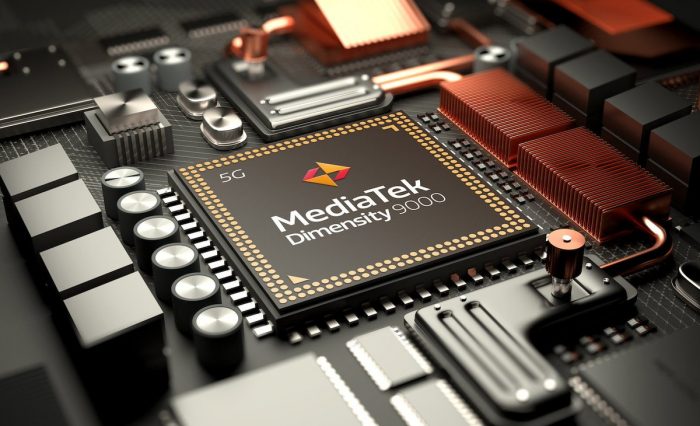 The Density 9000 features a 1+3+4 CPU core setup with a single Corex-X2, three Cortex-A70 mid-cores, and a quad Cortex-A510 low-power cores. This is actually the first SoC to feature ARMv9 architecture and Cortex-X2 core at 3.05 GHz. MediaTek is trying to re-enter the high-end mobile SoC space after abandoning it years ago right after introducing Xelio X20/X30. The company has since then focused on mid-range products, which actually helped MediaTek gain a lot of market share. 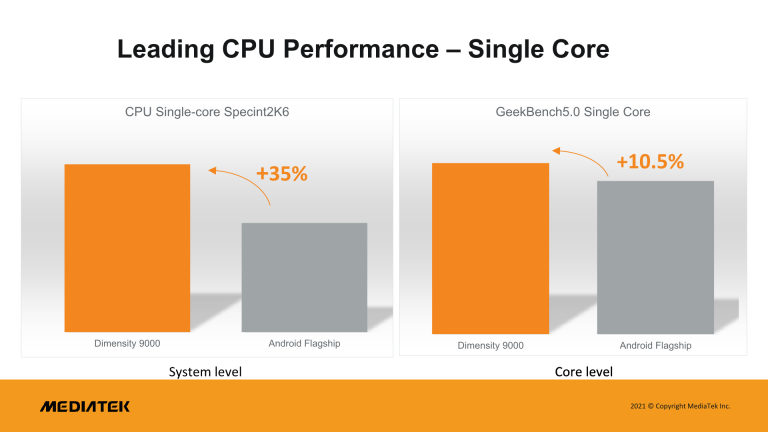 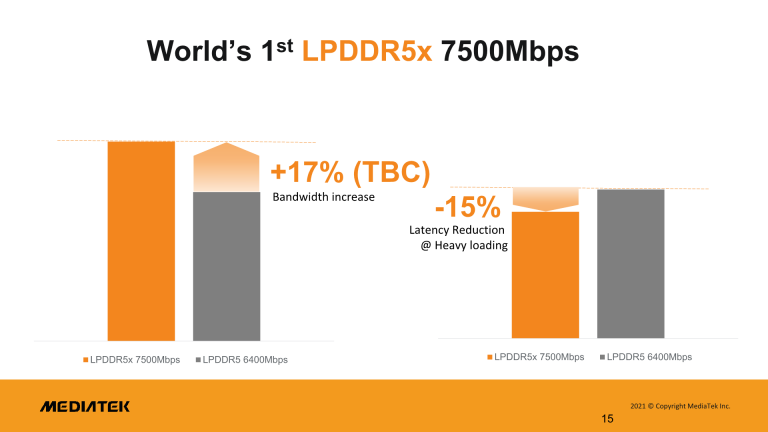 Not only Dimensity 9000 is the first SoC to feature ARMv9 architecture, but also the first to support LPDDR5X memory up to 7500 MT/s. This is not as fast as JEDEC’s maximum bandwidth of 8533 MT/s, but already 17% faster than the LPDDR5-6400 standard.

In terms of graphics, the SoC features Mali-G710 GPU 10-core version. AnandTech estimates that the chip is roughly the size of Google Tensor G78-MP20 GPU, but should be around 20% faster due to newer architecture. MediaTek claims that the G710 is 35% faster than the current Android flagship and 60% more power-efficient. Mediatek does not confirm which SoC the Density is being compared to. Interestingly, G170 is capable of supporting ray tracing in Vulkan API. 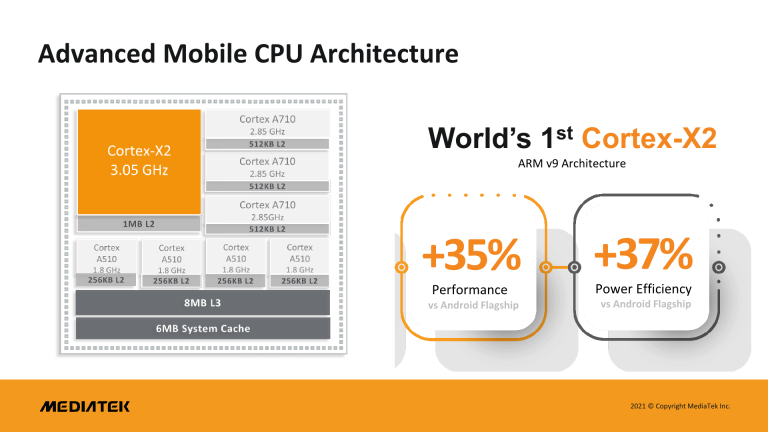 The chip is equipped with a 5G model that operates in the sub-6 spectrum and without mmWave-Support. As noted by ComputerBase, this should make the SoC uninteresting to the US market because mobile carriers in this market rely on it. MediaTek has so far not confirmed which mobile phones are to feature the new SoC. It is, however, expected that the first commercial devices featuring Dimensity 9000 are to launch in the first quarter of 2022.