Meterstone desktop board with a 14-core mobile Alder Lake CPU

A Chinese motherboard maker revealed the design of its latest 12th Gen Core based desktop motherboard.

Meterstone is a sub-brand of Chinese company MaxSun. This company makes all kind of PC components such as graphics cards or Intel and AMD motherboards. The company also specializes in desktop/mobile hybrids that combine all the DIY benefits of a desktop system while retaining the power efficiency and graphics power of a mobile chip.

Meterstone Alder Lake H45 system is following this trend by offering a full-fledged desktop board equipped with two desktop DIMM memory slots as well as a full-sized PCIe Gen4 x16 slot for graphics cards. The company did not clarify yet which CPU is being used by this motherboard yet, but it is quite to be Alder Lake-P silicon with up to 14-cores and 96 GPU Execution Units. Some commentators on Chiphell claim that this particular board is equipped with Core i5-12500H (12 cores/14 threads). 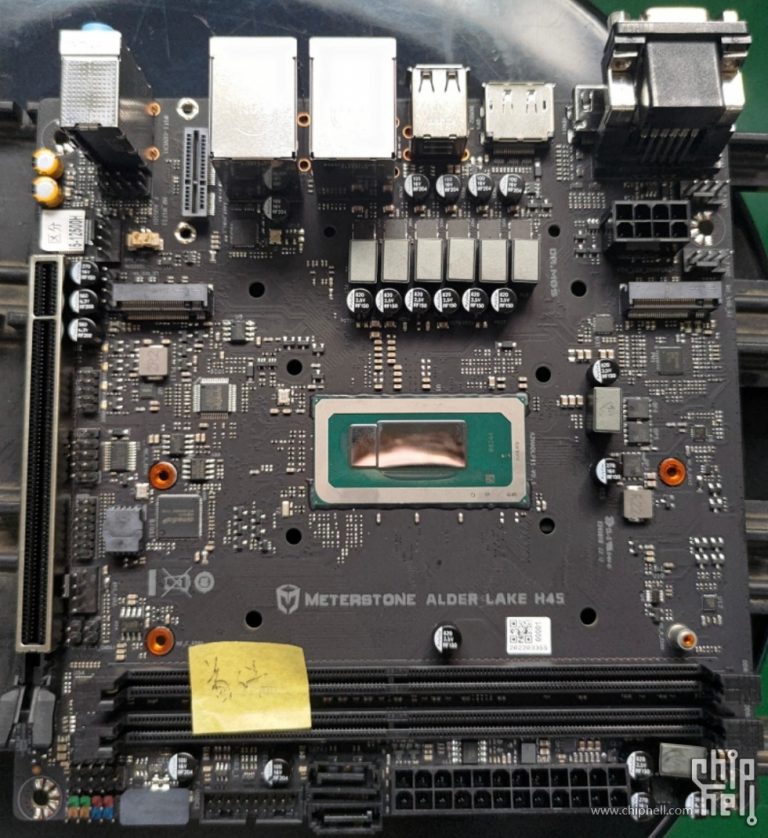 An interesting feature of Materstone Alder Lake board is the lack of any chipset. As we know, Alder Lake-P has a built-in chipset into the package, which means that unlike desktop Intel 600 series boards, this design does not require any additional chips or radiators to cool it down.

The CPU cooling component is possibly missing, but it is likely that MaxSun will provide a copper block for this package, as they did for its predecessor.

And speaking of predecessors, this is not MaxSun’s first endeavor into desktop/mobile hybrid systems. Last year, the company announced Tiger Lake-based motherboard equipped with either Core i7-11800H or Core i5-11260H CPUs. It was one of the first ‘desktop’ systems capable of supporting PCIe Gen4 graphics, even before Rocket Lake. 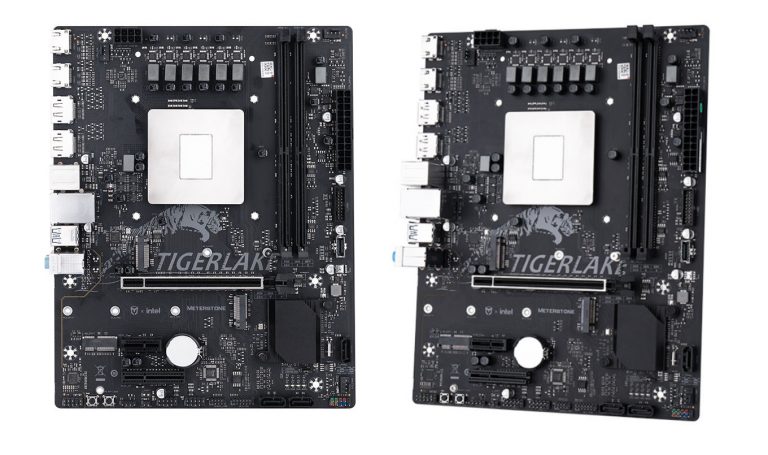