We got our hands on a datasheet of the upcoming semi-custom variant of the GeForce RTX 3060 Ti from Manli.

According to Manli, the RTX 3060 Ti features 4864 CUDA cores, so just as we have been sharing for the past month. This is a second variant of the GA104-200 GPU that is supposed to serve as an upper mid-range solution that will cost 399 USD, although Manli calls this SKU ‘an entry point at good value into the era of NVIDIA Ampere architecture’.

The RTX 3060 Ti is equipped with 8GB of GDDR6 memory across a 256-bit memory bus. The specifications from Manli confirm this SKU has a 14 Gbps memory speed, which gives a theoretical maximum bandwidth of 448 GB/s.

More importantly, we have the confirmation on the power requirements. It appears that the reference clock speeds of 1410 MHz (base) and 1665 MHz (boost) will come with a default TDP of 200W.

When it comes to the design of this 3060 Ti model from Manli, it appears to be a bit different than RTX 3070 (which uses the same GPU). The shroud and the backplate have different designs and the graphics card is a 2-slot design instead of a 2.5-slot. 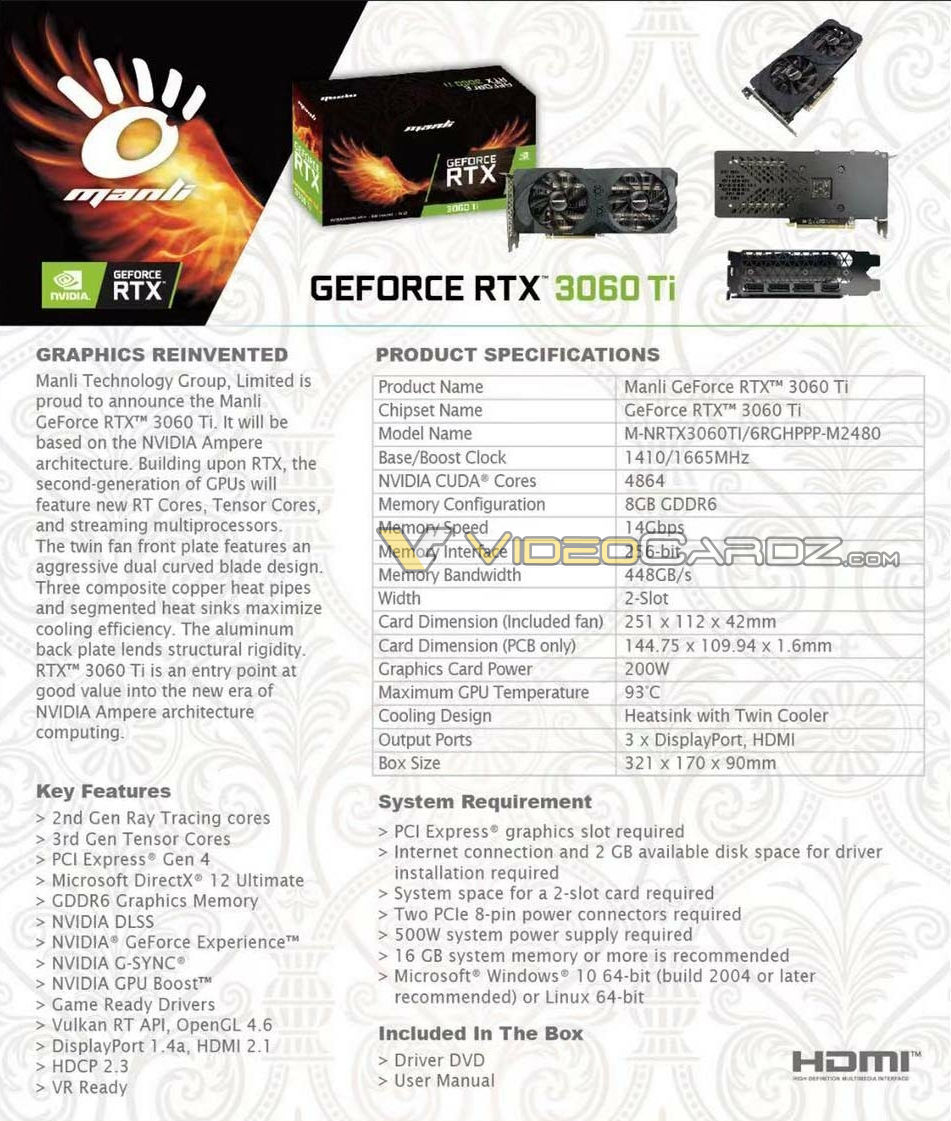