The VYBE Stage 3 is a custom PC built by Maingear that features RTX 3060 Ti graphics card from NVIDIA, the company has confirmed today on its website. The system also features AMD Ryzen 5 3600X processors and an MSI B550 motherboard. The listing does not have any information on the system memory. The PC only has a 500W power supply, which may be interesting information for those wondering how much power the RTX 3060 Ti graphics card will require.

The VYBE system is offered in two configurations, the “Boost edition” which costs 1699 USD will come with a higher capacity SSD drive and 32GB of RAM. The standard system is offered at 1499 USD and it features 250GB SSD (no info on RAM).

NVIDIA RTX 3060 Ti is expected to cost 399 USD alone but is unclear which model is bundled with the system from Maingear. The graphics card is for sure made by MSI, but this model has not been shown before. It does appear to look similar to the RTX 3070 Twin Fan, the entry-level “OEM-looking” series. Both cards feature the same GA104 GPU, thus is very likely to be this model. Unlike the RTX 3070 variant though, the 3060 Ti would only require one 8-pin power connector. 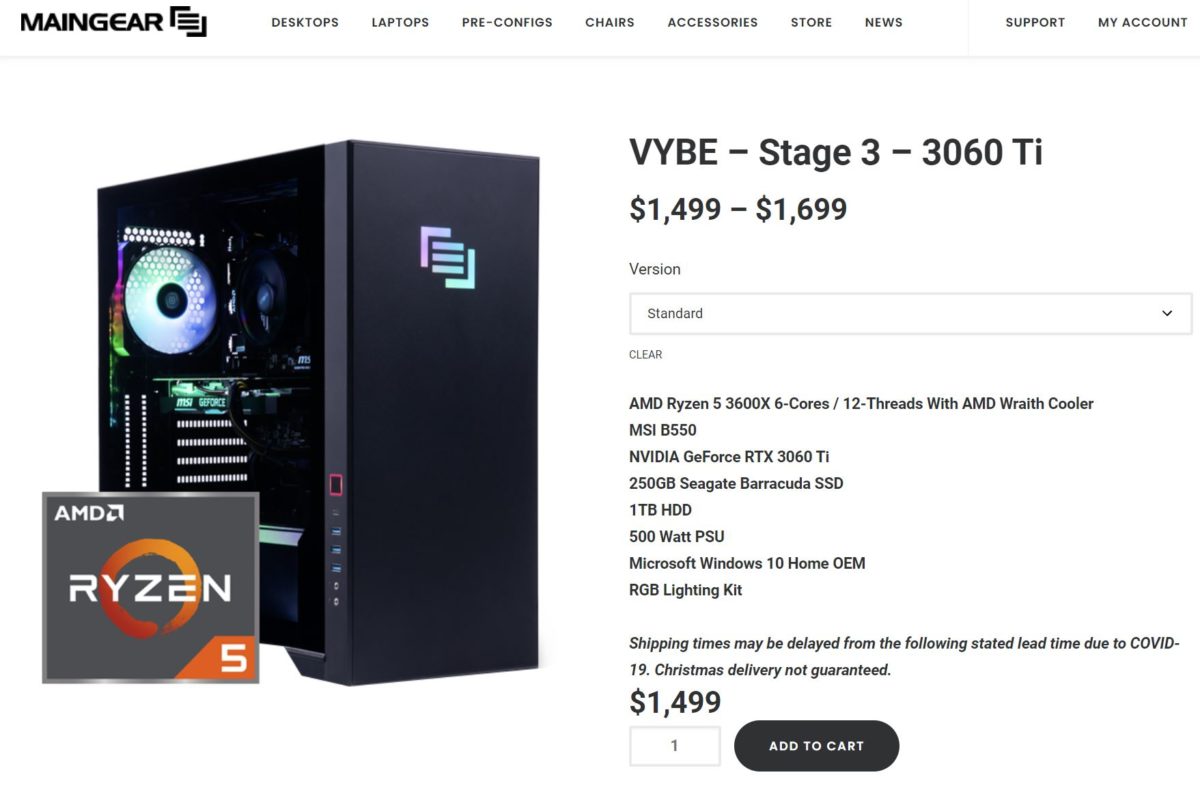 Many thanks to PicoPlanetDev for the tip!