ASUS B650 in all shapes and forms

A list of ASUS mid-range motherboards for upcoming Ryzen 7000 series has been discovered by a member of HardwareLuxx forums.

Reous is a member known for his comprehensive overviews of each AGESA updates for AMD motherboards. Upon checking the latest updates for yet to be released AMD’s 600-series, he discovered that the new firmware lists unknown AMD B650 motherboards from ASUS.

The list includes as many as six boards, including ROG STRIX, TUF and Prime series. However, only one board is of the Extreme variant featuring PCIe Gen5 support for the primary PCIe slot and M.2 at the same time.

Only two motherboards thus far are of Micro-ATX form factor, with no sign of any Mini-ITX board yet. However, ASUS did announce a X670E board for this form factor already.

ASUS B650 lineup is not the only lineup that has been leaked thus far. We have already revealed a list of X670E/B650E/B650 series from ASRock. The Taiwanese company is preparing as many as 12 different designs, but thus far only one has been leaked: B650 LiveMixer. 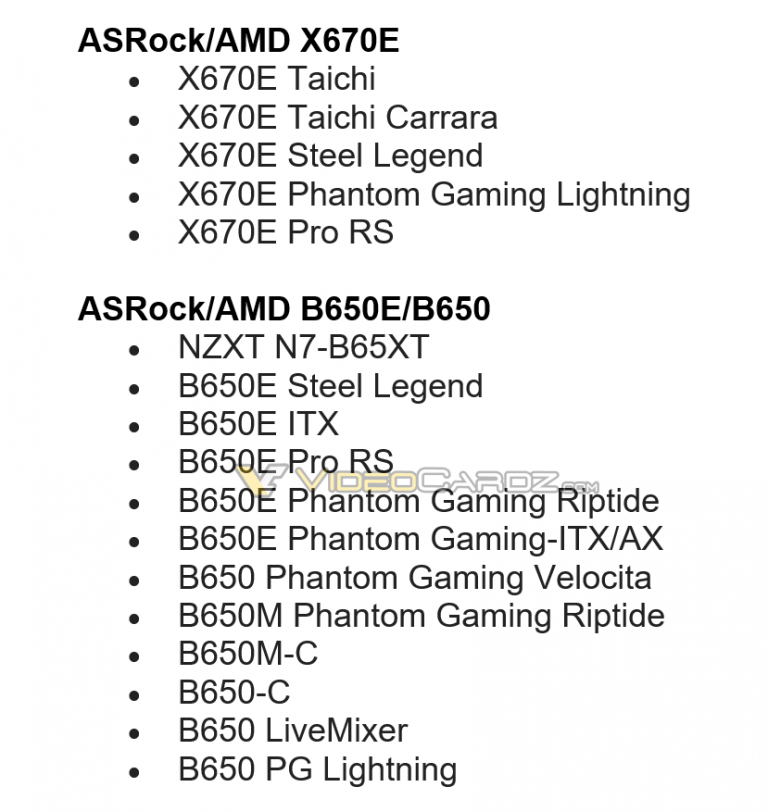