The upcoming Lenovo Slim 7 series have been leaked. The series feature Intel’s upcoming Tiger Lake processors and optional NVIDIA GeForce MX450 graphics. The series will feature three main variants, the Slim 7 Carbon will be joined by two other Slim 7 ultra-books.

The leaked promotional slides do not reveal the specifications, but Notebookcheck has found more detailed information on Slim 7 Carbon on the SiSoftware website. It reveals that the laptop is powered by Core i7-1165G7 Tiger Lake processors. This is a quad-core CPU with eight threads enabled. The clock speed is set to 2.8 GHz base and 4.7 GHz boost.

A higher-end model is slightly bigger. The Lenovo Slim 7 Pro is a 14-inch 2K panel design with weight going up to 1.45 kg.  The display is also 16:10 aspect ratio but additionally, we learn that it will be 90Hz and 400 nits.

The interesting part of the leak is the appearance of the GeForce MX450 graphics card option for the 7 Slim Pro. Customers may also choose GeForce GTX 1650. The MX450 has been speculated for a long time. In short, this is a TU117-based graphics card with 2GB of GDDR6 memory. The driver already supports the graphics card model. 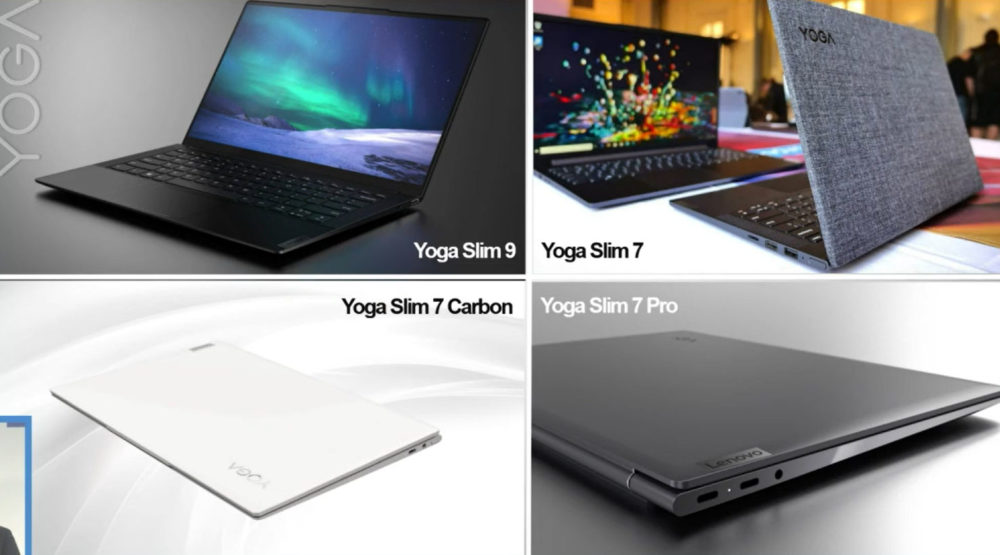 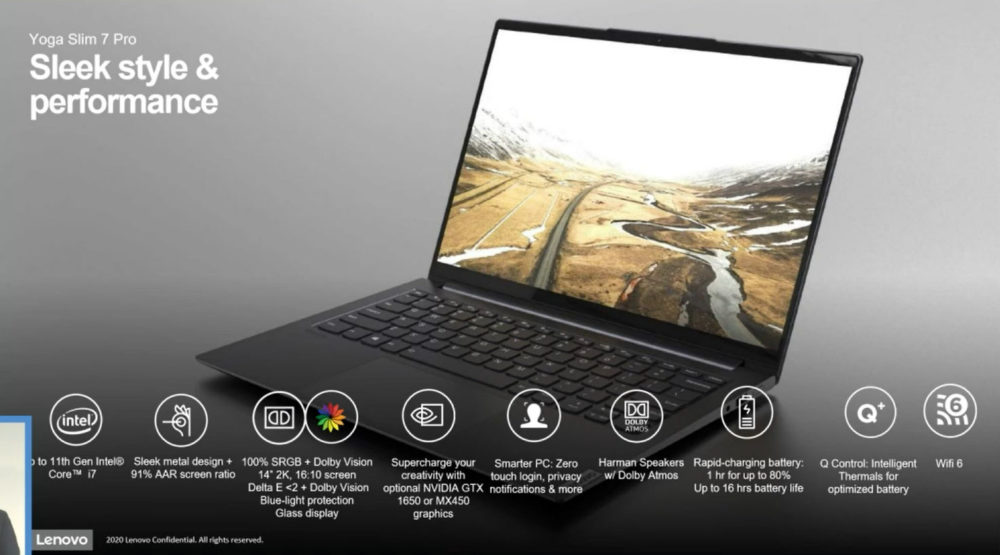 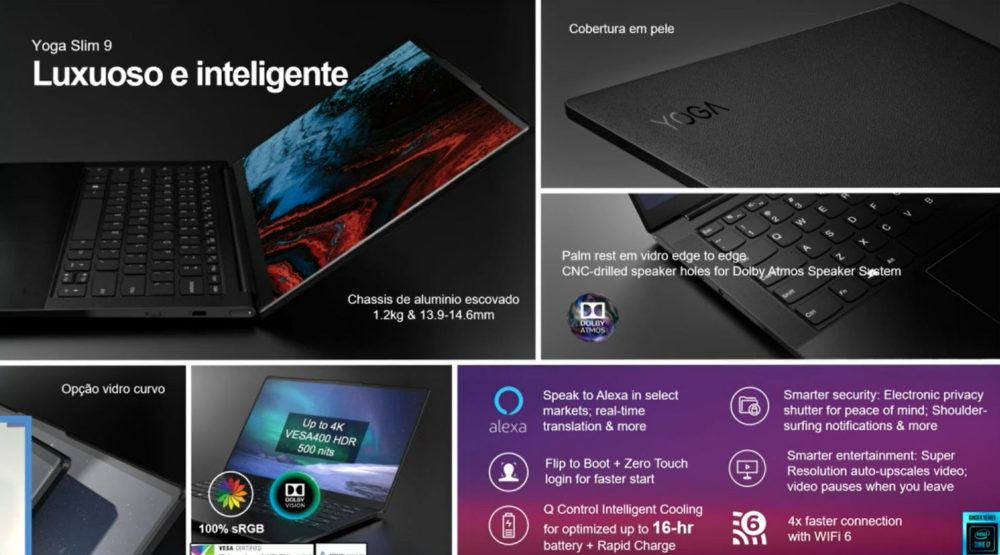 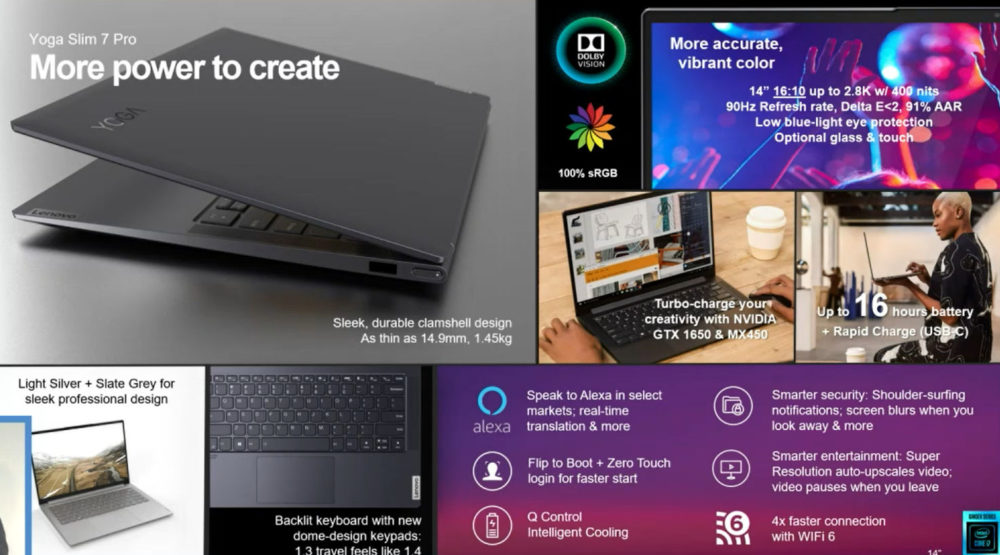 The Yoga 9 models are also coming. It will be available in 14-inch and 15.6-inch variants. Lenovo promises up to 4K VESA 400 HDR display with Dolby Vision and 100 sRGB coverage. The specifications were not yet released, but the 18-hr battery life indicates a bigger battery than Yoga 7 series. 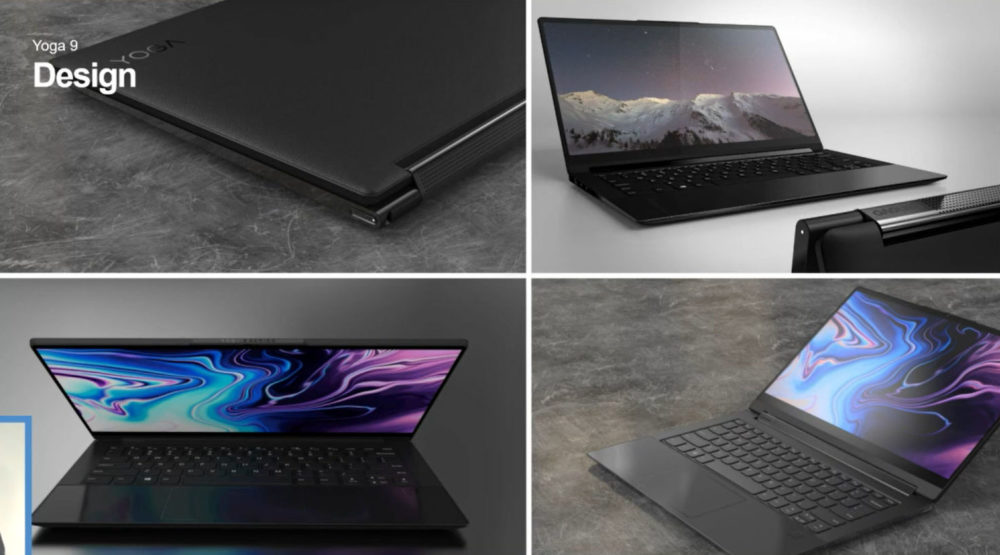 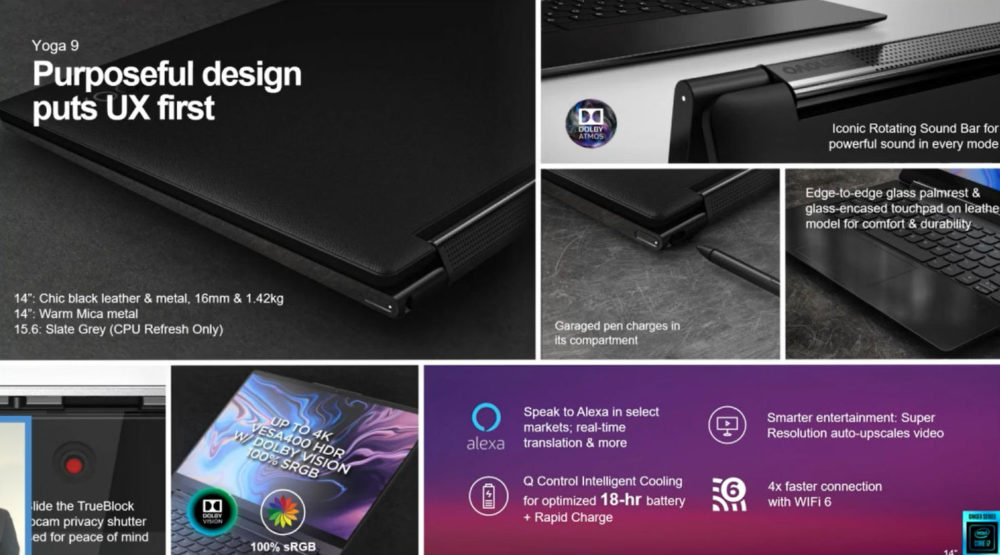