It appears that Lenovo is the first company to announce the Intel Alder Lake system. The company revealed that their Legion 9000K 2022 PC will feature 12th Gen CPU, but does not mention Intel directly in the marketing picture.

The Legion 9000K 2022 will support DDR5 memory as well as PCIe 5.0 which means it likely ships with an Intel Z690 motherboard. The GPU featured in the marketing slide is GeForce RTX 3080 Ti, so it is certainly not a PCIe Gen5 product. There have not been any releases of the Gen5 SSDs thus far, so this feature will likely remain dormant till such products are available.

ITHome reports that Legion 9000K 2022 will be available starting from October 29th, which probably means preorders. Intel Alder Lake-S processors will be available for preorder exactly on this date, but the product launches on November 4th, which is probably when these systems can ship to customers. 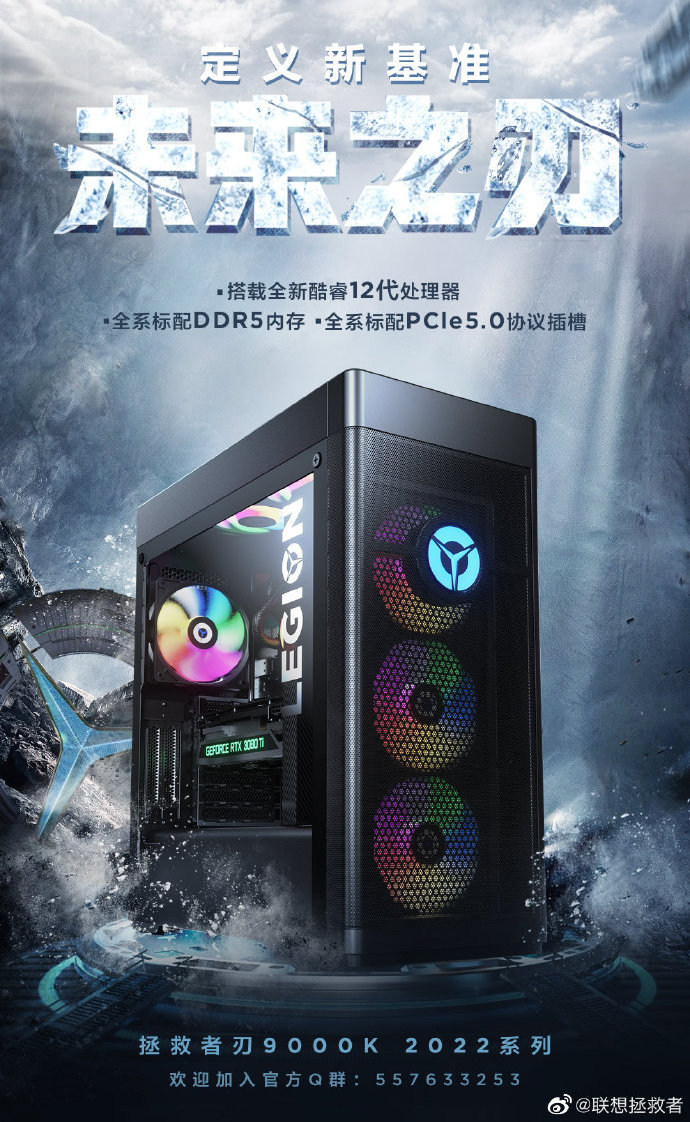