RTX 4090 GPU is of course also much thicker, most likely around 7cm, and probably heavier as well, given the size of the cooler and metallic shroud around it. Furthermore, Lenovo GPU is almost guaranteed to consume more power with RTX 4090’s default TDP going up to 450W and even more for customized designs such as the Legion model below.

This is not the first time this card has been leaked, though. We have already seen the same card being installed into Legion prebuilt PC. In fact, there are even photos of the impressive cooler with large copper vapor chamber as well. Clearly, Lenovo spares no time to leak their card ahead of NVIDIA’s official announcement in just 2 days. 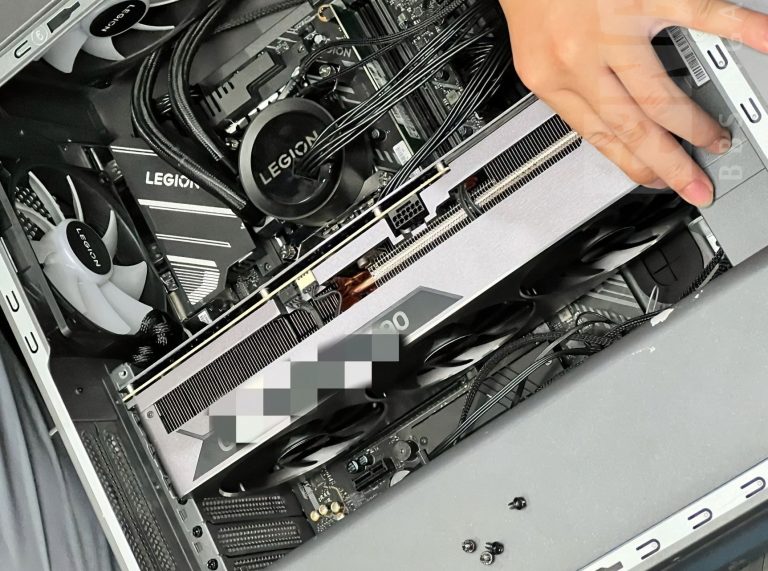