A leak suggests NVIDIA has not said its final word in Ampere mobile GPUs.

According to a leaked roadmap, which allegedly originated at Lenovo, the manufacturer will launch a ThinkPad X1 Extreme G4 gaming laptop equipped with Intel Tiger Lake-H series CPUs and up to GeForce RTX 3080 SUPER Laptop GPU with 16GB of memory. This shouldn’t surprise anyone if not for the fact that SUPER mobile variants do not exist. The product listing also features RTX 3070 SUPER with 8GB memory. Thus, both cards would likely have the same memory bus as current RTX3080/3070 models based on GA104 GPU. 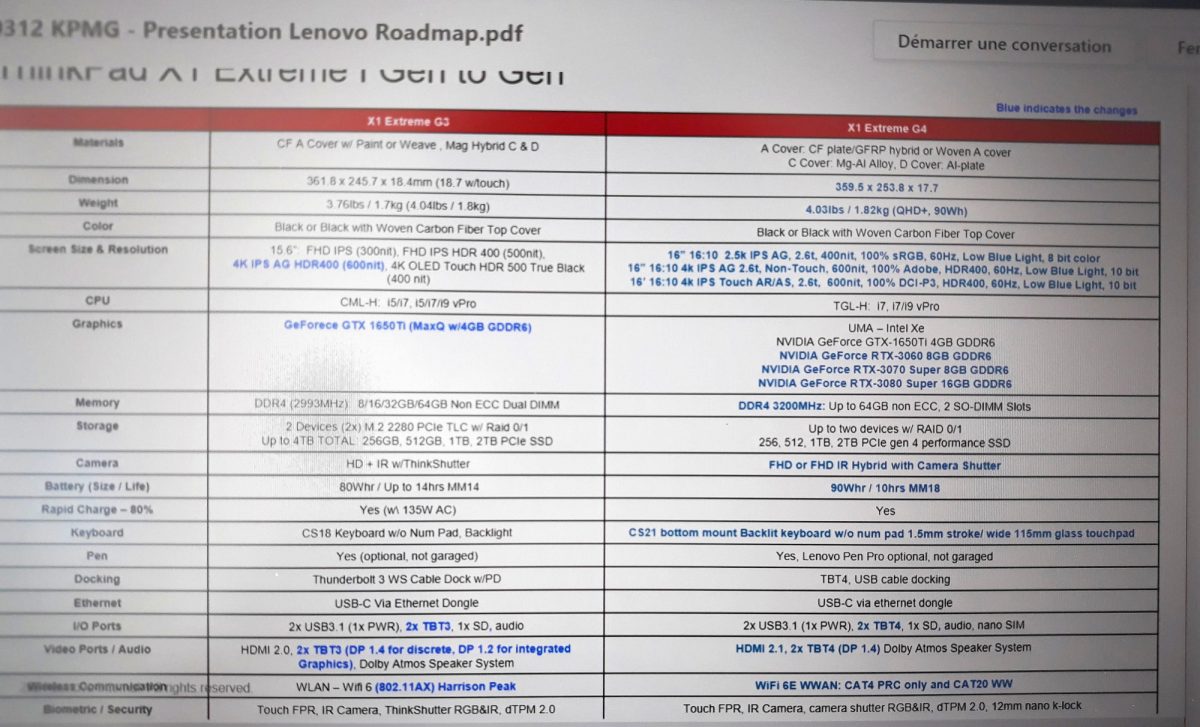 Since NVIDIA’s biggest announcement for June is already past us (RTX 3080 Ti desktop), we decided to ask the most prolific NVIDIA leaker kopite7kimi if he knows what is the next thing on the schedule. He responded that NVIDIA will turn to laptops now, which obviously didn’t make much sense at the time:

Kopite was quite vocal about possible GA103 GPU coming to the NVIDIA portfolio, which would be a high-end part with a die size estimated at 47X mm2. His last message on the subject left no doubt that the GA103 GPU is probably canceled.  Either way, this is the only GPU that would make sense as an RTX 30 SUPER refresh. The RTX 3080 already tops at 6144 CUDA cores which is the maximum configuration for this GPU.

Many thanks to Wasmachineman_NL for the tip!