Even the x050 series will get the RTX treatment.

Lenovo Legion R5 28IMB05 will be offered with up to GeForce RTX 3070 graphics card which is based on NVIDIA Ampere architecture featuring GA104 GPU. The desktop system is currently not offered with RTX 3060 Ti, which is too based on the GPU.

As we mentioned before NVIDIA recently changed one SKU on its roadmap called RTX 3060 6GB. This model is now known as RTX 3050 Ti and the Lenovo listing appears to list such a graphics card. Both models, however, are based on GA106 GPU, one is expected to feature 3840 CUDA cores, while the other is rumored to have 3584 cores instead. The listing appears to confirm that the higher-end model will feature 12GB GDDR6 memory, which was allegedly dictated by the upcoming Radeon RX 6700 series also expected to feature such a memory capacity.

The list closes with RTX 3050, the only model based on GA107 GPU. This card would have 2304 CUDA cores and up to 4GB of GDDR6 memory, but the memory bus would be limited to 128-bits. NVIDIA is now expected to unveil GA106 GPUs in January, possibly during its January 12 GeForce Special Broadcast event. 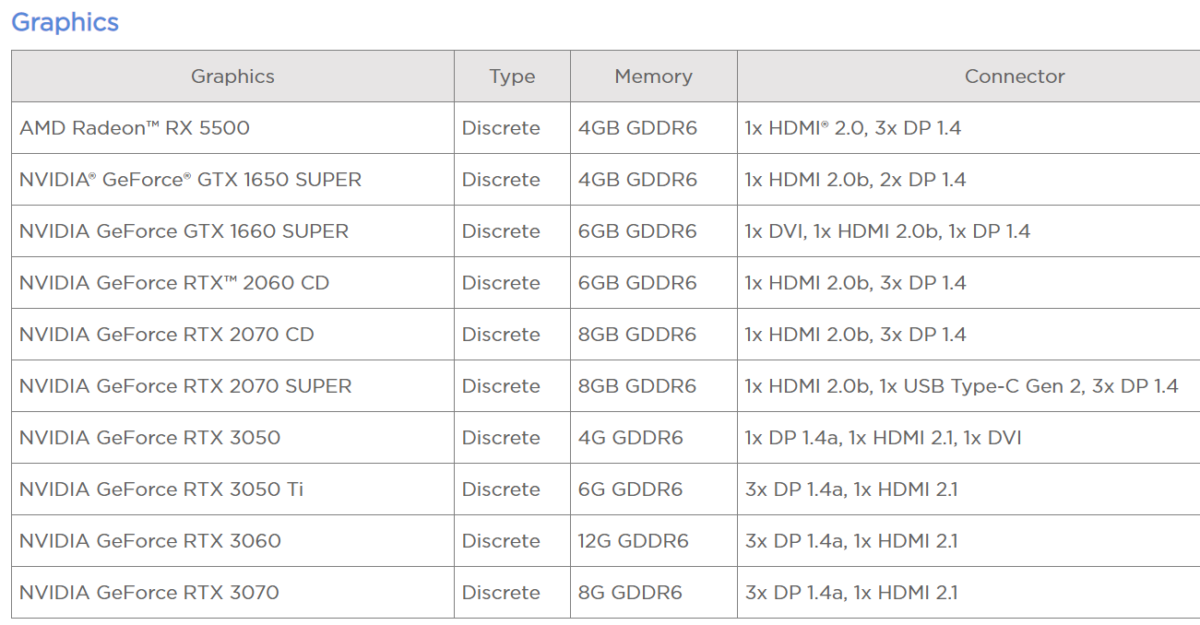