Lenovo apparently listed yet unreleased the Radeon RX 6500 XT graphics card in the spec sheet for its prebuilt gaming systems.

The listing of Legion T5 PC was discovered by KOMACHI_ENSAKA who noticed that the latest file from December 9th mentioned a new Radeon card with 4GB GDDR6 memory as an option. This file is no longer available, possibly because Lenovo discovered its mistake. However, this card, which is Radeon RX 6500XT is still listed in Google Cache.

The file only mentions that RX 6500XT will indeed have 4GB GDDR6 memory and offer two display connectors: HDMI 2.1 and DisplayPort 1.4a. The file conveniently lists its predecessor, the Radeon RX 5500 right above in the chart. It shows the main difference between the cards: newer display connectivity available with the RDNA2 architecture. 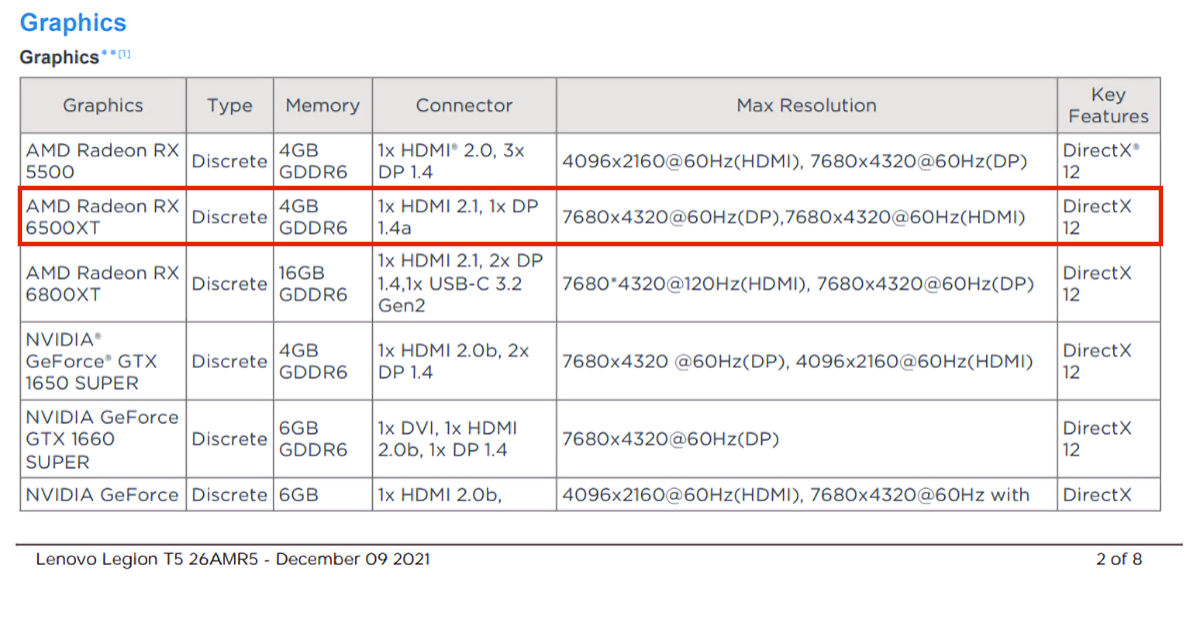 The specification table from Lenovo does not go into detail in regard to GPU configuration and such. However, we have already reported that this card is to feature a full Navi 24 implementation with 1024 Stream Processors.

The latest rumors suggest that this model is to launch in mid-January, and that means AMD is more than likely to mention this desktop GPU at its upcoming press conference on January 4th.