Just hours after we were informed about GeForce RTX 3070 Ti 16GB listing on the Lenovo website, a new graphics cards have already been spotted. This time around we have the first SUPER model from the Ampere series – the GeForce RTX 3070 SUPER.

According to the listing, the card would feature 8GB GDDR6 memory, so just as much as the ‘original’ RTX 3070. The card is offered with Lenovo Legion T5 desktop system featuring non-K 10th Gen Core i7-10700 CPU and B460 motherboard.

Like we noted in the previous story, Lenovo listing is often inaccurate. The same company once listed GTX 1180, which as you may already know, never launched under such a name. However, there is a chance that Lenovo has unintentionally release information that should not go public. It may also be based on outdated roadmaps. In fact, we have seen RTX 3070 SUPER on roadmaps, but with 16GB memory. There may also be confusion around the Ti and SUPER branding, as both cards could refer to the same NVIDIA SKU: PG142(10).

The SUPER RTX 30 series were not expected at the initial launch of the Ampere series. The SUPER variants were expected to arrive as a refresh to the original series a year later, just as the Turing SUPER series did, or an addition to the lineup after AMD RDNA2 (Navi 2X) series, now expected around November. Certainly not in September 2020.

We have included some bits of information that we also heard from our sources at NVIDIA AIBs in regard to RTX 3060. The name has not yet been decided but there is a SUPER variant planned on GA104 GPU. 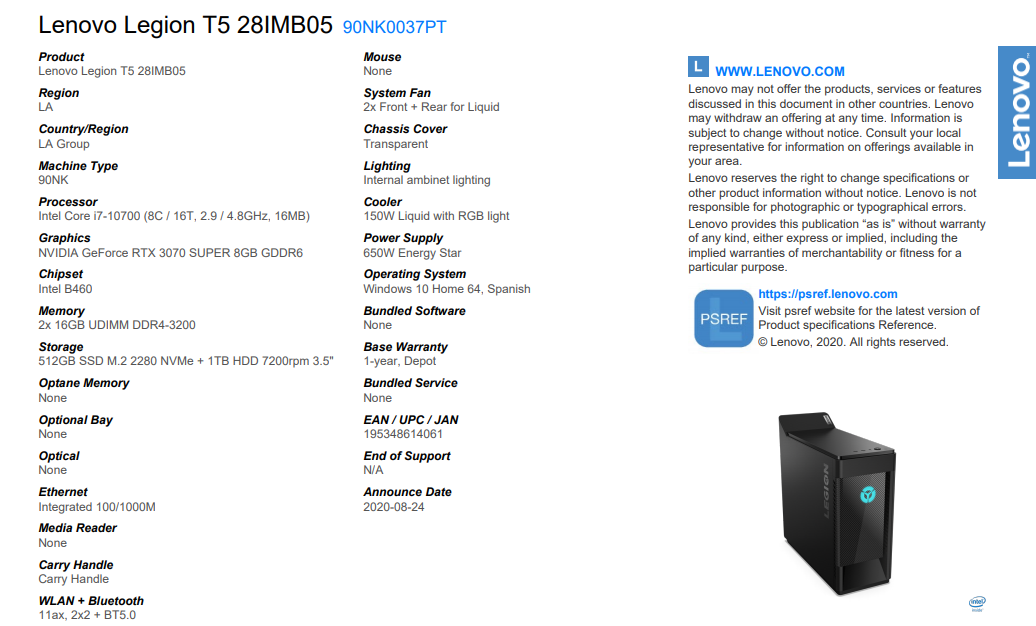 Many thanks to coldaussie for the tip!