According to a slide leaked by Technopat, AMD is now recommending higher-clocked memory for its Ryzen 5000 series CPUs.

A slide from the alleged ‘Where Gaming Begins’ press deck, covers the memory overclocking on next-generation AMD Ryzen processors. The slide explains the differences between three memory-related internal clocks:

The Zen3 architecture will feature 1:1:1 ratio for each clock speeds. It is up to the user to configure the frequencies for best memory and system performance. The alleged slide also explains that DDR4-4000 memory is to Zen3 (Ryzen 5000) processor what DDR4-3800 was to Zen2 (Ryzen 3000 series).

AMD unveils its Ryzen 5000 series based on Zen3 architecture last week. The company announced the new processors will be available starting from November 5th. The Ryzen 5000 processors are heavily marketed as gaming processors. These are also the company’s first CPUs to break the 600+ point single-threaded performance barrier in the Cinebench R20 benchmark. 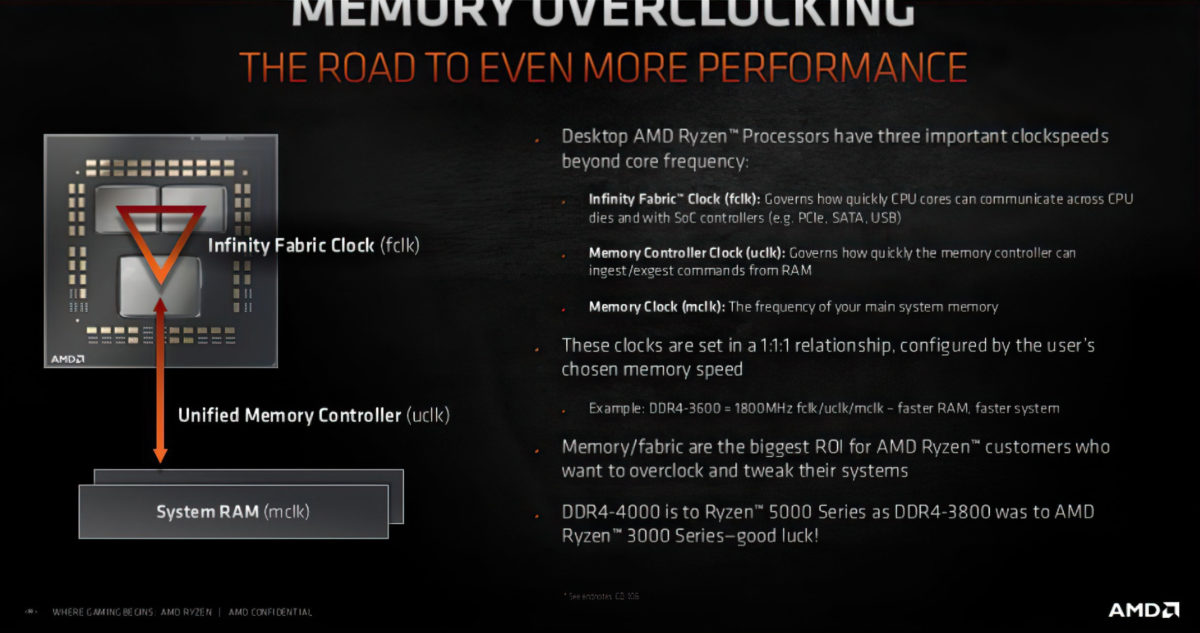