Intel’s unlocked mobile processor to boost up to 5.3 GHz

As you might have already heard, Intel’s upcoming 10th Gen Core series for enthusiast notebooks (aka Comet Lake-H) will be announced on April 2nd. The series will utilize the 14nm fabrication process and offer up to 8 cores.

The flagship processor codenamed Core i9-10980KH will be an unlocked 8-core and 16-thread SKU with clocks up to 5.3 GHz. However this value is not the typical turbo frequency (Max Boost 2.0) that was rumored thanks to numerous leaks, instead, this is a Thermal Velocity Boost, Intel’s yet another way of boosting the clock speed under specific conditions. In this case, the clock will reach 5.3 GHz if the temperature and the power budget allows. The TVB was first introduced with Core i9-8950HK, Intel’s first i9 for the mobile platform.

The 10th Gen Core-H series will be announced on April 2nd. At the same time, NVIDIA is expected to announce its GeForce RTX Super series for laptops. 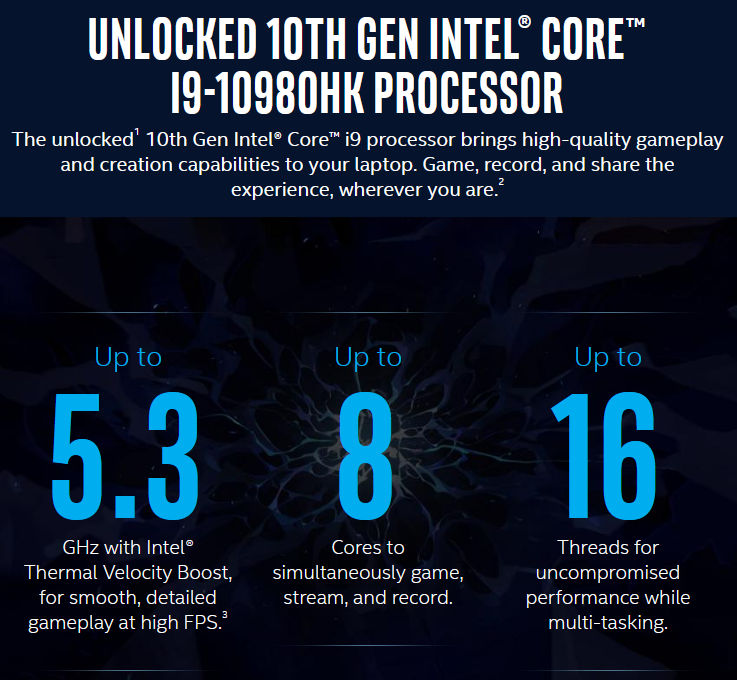