According to the slide discovered by momomo, Intel’s upcoming Comet Lake S ‘enthusiast’ CPUs will indeed have a TDP up to 125W.

The leaked slide divides the Comet Lake S series into three groups: Enthusiast 125W, Mainstream 65W, and Low Power 35W. The information does not provide any codenames of actual SKUs, but it does mention K series specifically.

It is noted that the K series will be 125W TDP processors, but “can be configured to 95W at lower frequency”. This enigmatic footnote does not say what is the actual difference in clock speeds, but one could guess that it will be noticeable compared to 65W series already confirmed to be reaching 5.1 GHz in Max Turbo mode.

Based on the information we already had, it appears that this slide may list the actual number of each SKUs per group. It was already known that there are at least seven low power SKUs (the T-series). What’s new is the eighth unknown quad-core SKU for 65W group (non-K series). 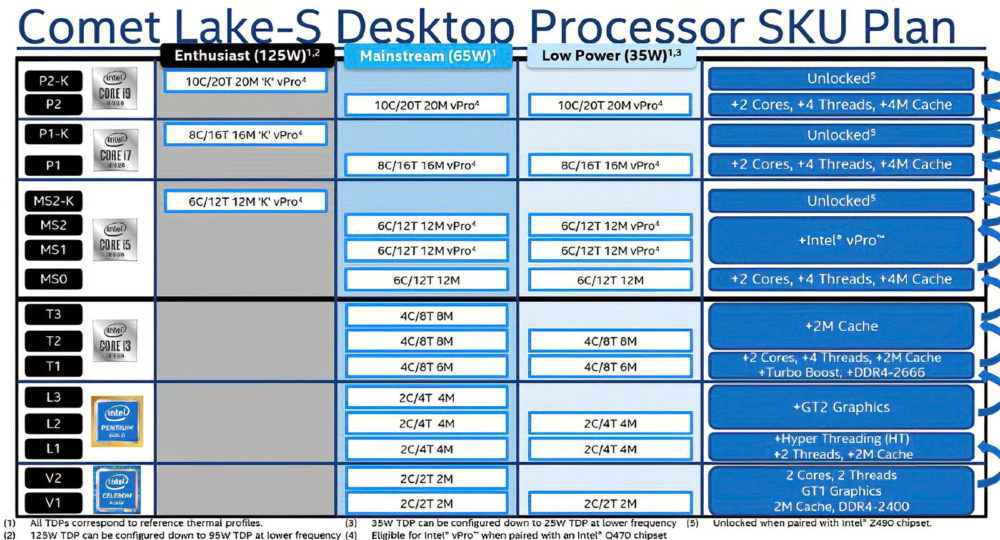 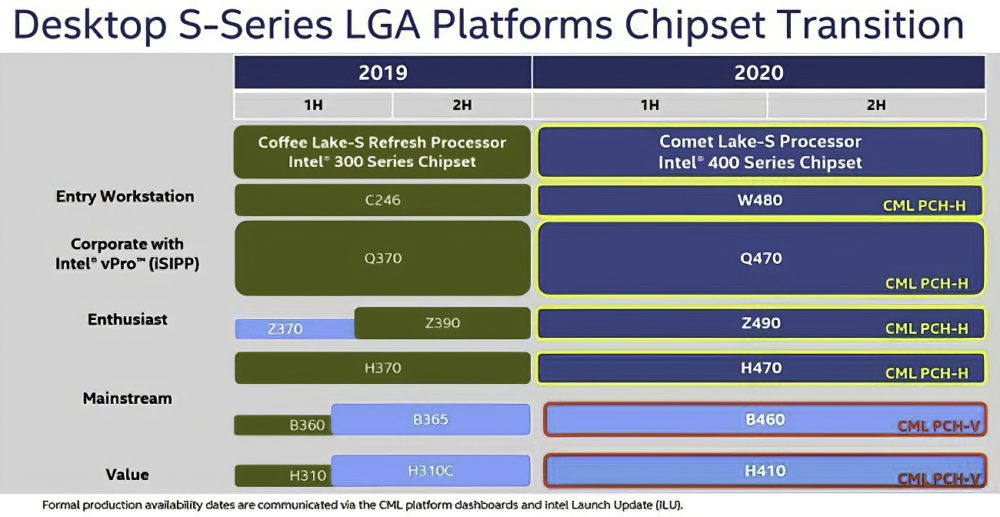