The photo which appears to be an official marketing picture has been leaked by REHWK on Twitter.

Gigabyte is set to launch as many as 16 AORUS motherboards according to the Eurasian Economic Commission leak. The AORUS Master series represent the upper tier in the lineup, only being surpassed AORUS Xtreme series. In other words, AORUS Z690 Master which has been leaked defines what the company has in plan for the ultra-premium segment to be occupied by the Intel 12th Gen Core i9 series. 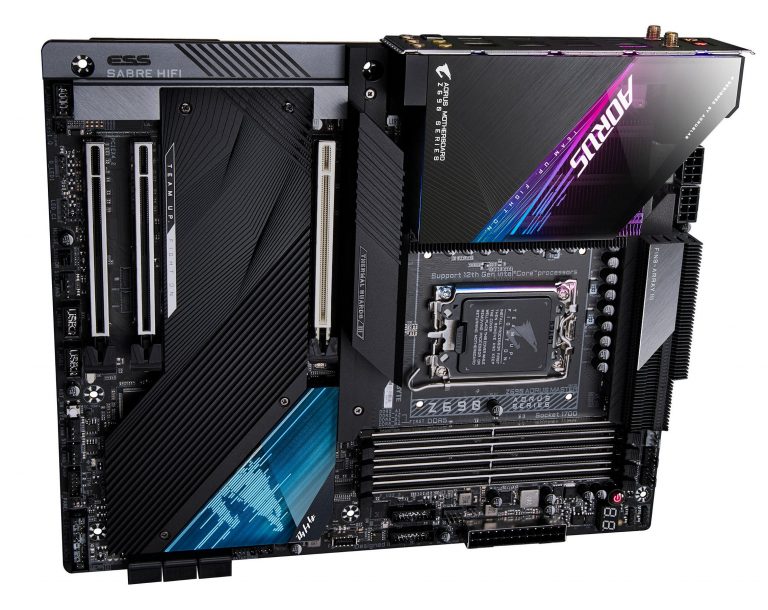 The Master is a Standard ATX form factor board with dual 8-pin EPS connectors. The LGA1700 socket clearly visible in this photo will support Alder Lake-S as well as future Raptor Lake-S processors. It has four DIMM slots for DDR5 memory as well as a reinforced PCIe Gen5 x16 interface under a large M.2 slot thermal guard. There are an additional two PCIe x16 slots, but it is unclear if they are Gen5 or Gen4. Not much else is can be seen in this photo because the VRM section is all covered in large heatsink on both sites.

We also have a picture of the Z690 AORUS Elite AX DDR4 motherboard, which is a mid-range tier segment. The is clearly a smaller cover over the components but the three PCIe x16 interface layout has been kept for this board as well. 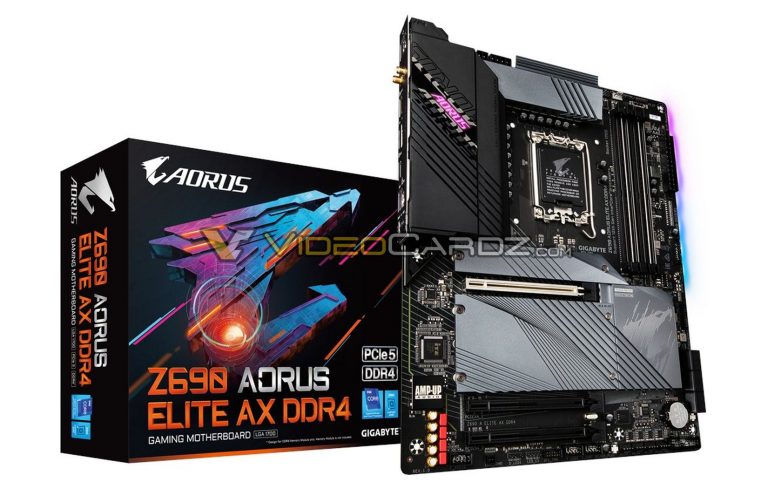