AMD has supposedly provided an update to its channel partners on its desktop roadmap.

The alleged roadmap, posted by sebuhsarang on Twitter, shows 2022-2023 Ryzen series and their expected product lifespan. The Ryzen Threadripper 5000 is not to be replaced until end of 2023, but its successor is not named. The rumors, however, suggest that next-gen Threadripper could be called “Storm Peak”. 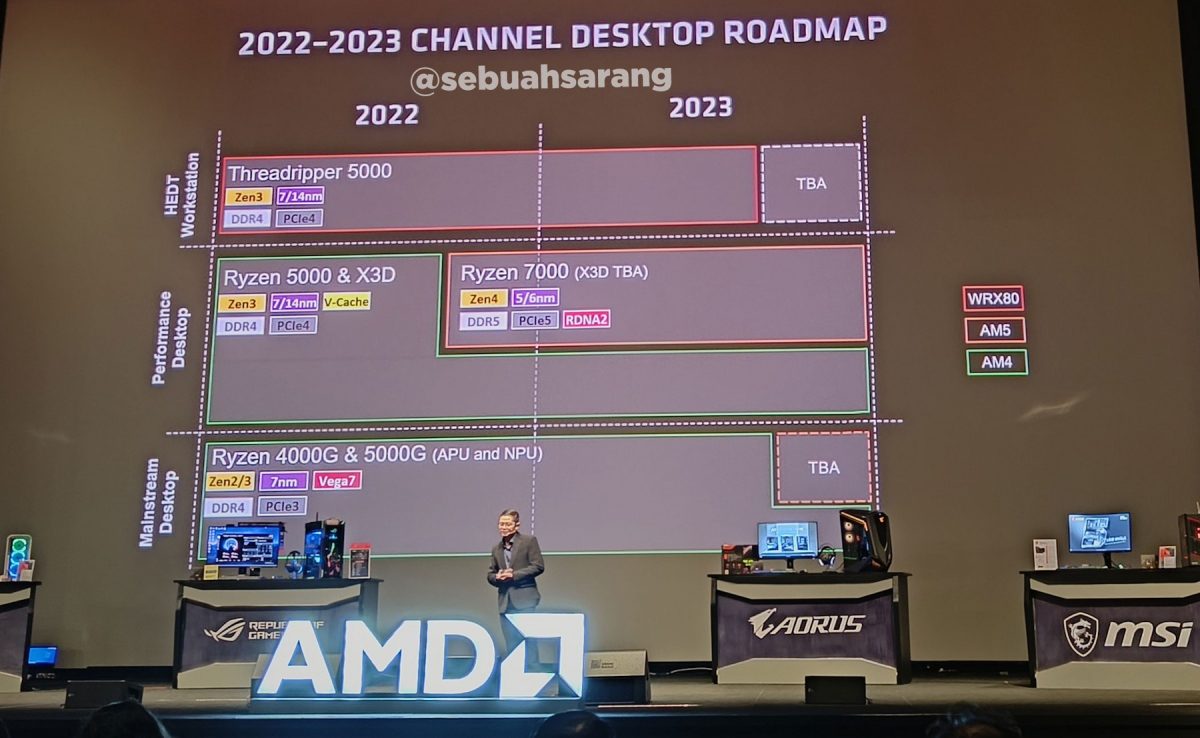 AMD is to continue offering Ryzen 5000 series alongside Ryzen 7000 this year and in 2023. The mainstream desktop platform will receive an update with 3D V-Cache (X3D) variants as well, those are listed as TBA (to be announced). Therefore, one might guess that the roadmap is quite recent because Ryzen 7000 series were only released yesterday.

Furthermore, AMD Ryzen G-Series should also get an update next year, most likely in a form of Ryzen 7000G series. We can only see a block starting in the second half of the year, suggesting that 5000G is to be succeeded by then. However, it seems AMD still has plans to keep some 4000/5000G series around, so AMD is clearly not saying farewell to AM4 socket just yet.