Update: Just a few hours after this story was published, Intel confirmed final specs of the Arc A-series. See the new post for details.

CompuBench leak suggest A580 will get more cores than expected.

What is described as Compute Units by the CompuBench software (OpenCL output) should be understood as Execution Units, or Xe Vector Engines. This is basically the GPU cluster equipped with eight FP32 cores each. In other words, the Arc A580 should feature 24 Xe-Cores, 384 Xe-Vector Engines or 3072 shaders.

This leak also confirms the maximum frequency for this SKU, which is 2100 MHz. Since Intel only launched one desktop GPU thus far, the A380, only data for this SKU is currently available in CB database. According to it, the maximum GPU clock for A380 is 2450 MHz, which is the highest boost frequency for custom A380 models. That said, A580’s 2100 MHz frequency should be the boost clock as well; however, it is unclear if this is a reference card or a custom design.

Since this entry comes with some OpenCL test results, we can make a quick comparison to Arc A380. On average, the A580 appears to be 55% faster, while the card supposedly features 3 times the cores. So obviously, it is not performing as well as it should. 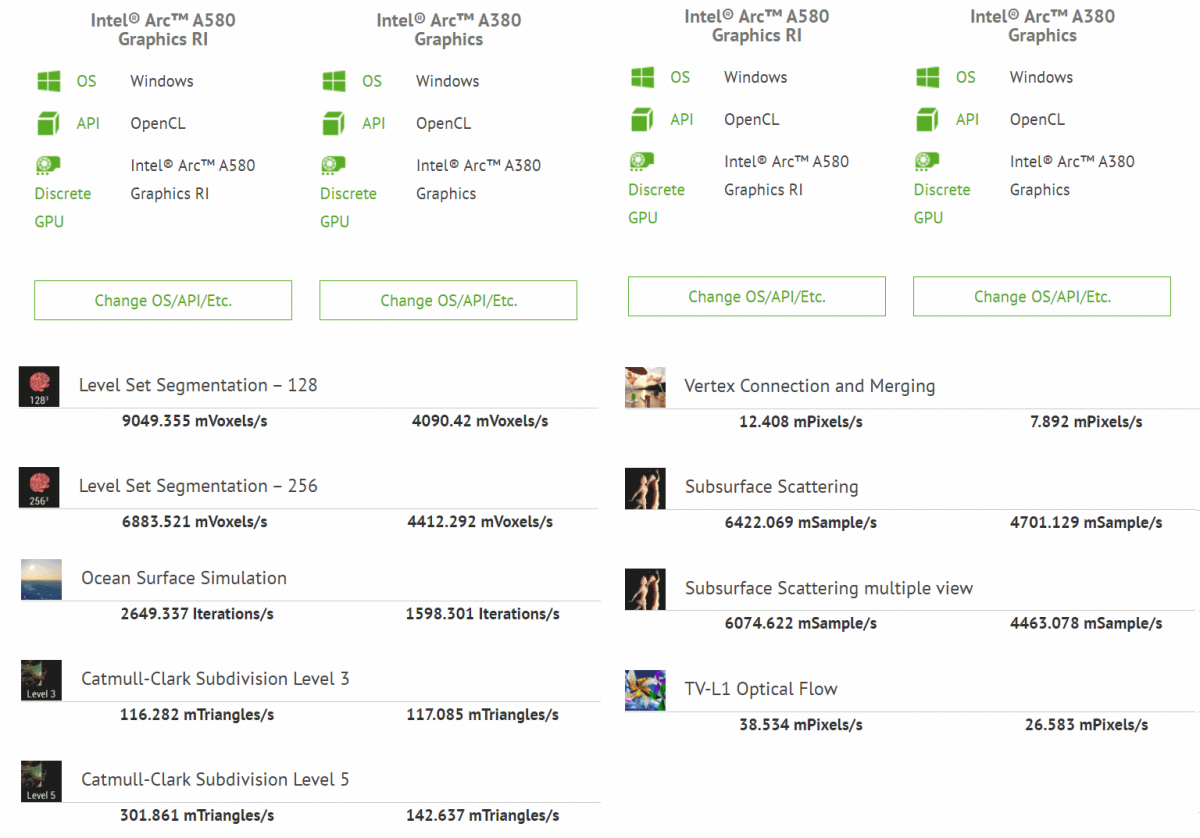 Intel confirmed that the global desktop Arc launch will only include the A7 series, while A580 should launch later. Since we don’t even know when A770/A750 launches, then there is no point in speculating when the A580 may become available. However, it is good to know that A580 has more cores than we expected and hopefully Intel will not artificially limit the memory bus to 128-bit.