According to the Gigabyte’s filing to South Korean “National Radio Research Agency” (RRA), the company is planning a custom low-power RDNA2 GPUs for desktops.

On April 20th AMD is set to launch multiple Ryzen 5000/4000 processors and new Radeon RX 6000 GPUs. The launch date of the updated Radeon graphics cards has not yet been confirmed, however it is clear that AMD is preparing a large Spring 2022 product refresh.

One of the rumors mentioned alongside Radeon RX 6X50XT series, the company will also be relaunching its slowest RDNA2 GPU for the DIY market. The Radeon RX 6400 currently only available for OEMs is a Navi 24 based GPU with 768 Stream Processors. This is also the only reference low-profile model in the whole lineup and the only card that does not require external power connectors (TDP of 53W).

At this moment, it is unclear if the DIY model will feature the exact same specs as the OEM version, but the leak from the RRA at least confirms that there is a custom Gigabyte Eagle series model in the works. 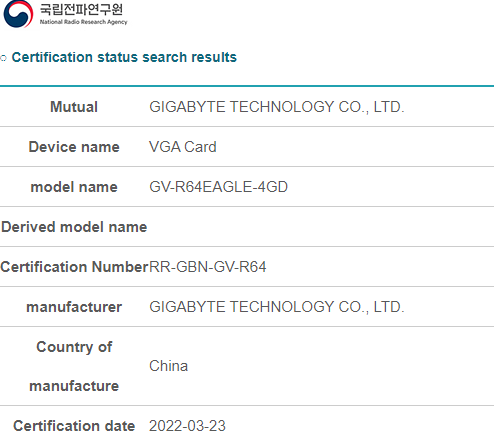 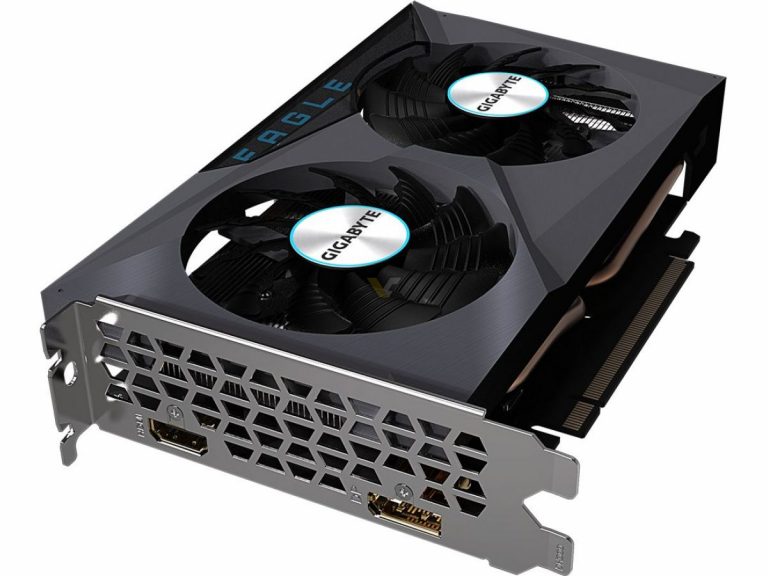 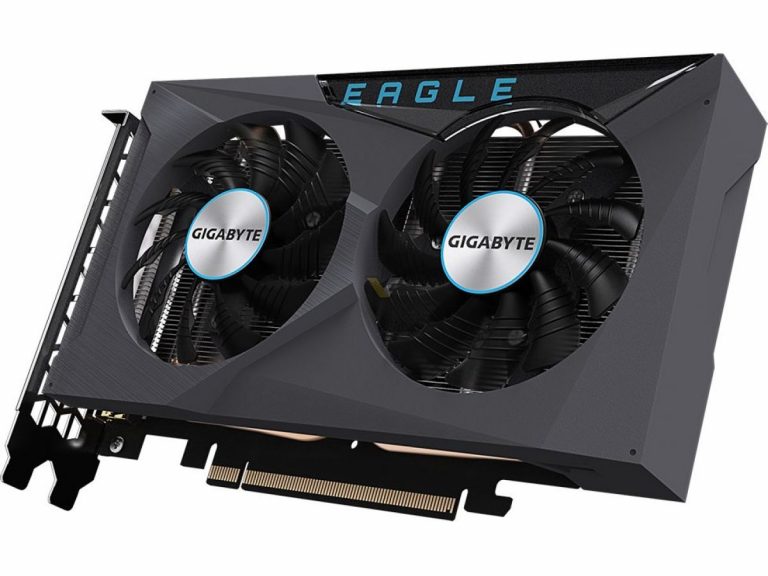 The RX 6400 is no gaming GPU, but it might be an interesting alternative for servers without discrete graphics. Due to its limitations with video encoding capabilities, it may not be just as good solution for home theater PCs, though.