Both manufacturers have submitted RTX 3080 Ti to RRA this month, but Palit’s entry is from today. There is still no entry from NVIDIA though. This implies that RTX 3080 Ti will use the same board design as existing models, such as RTX 3080 which features PG133/132 board design.

According to the listing, Leadtek will release its WinFast Hurricane model, whereas Palit is expected to launch its Gaming Pro model either with or without factory-overclocking applied. 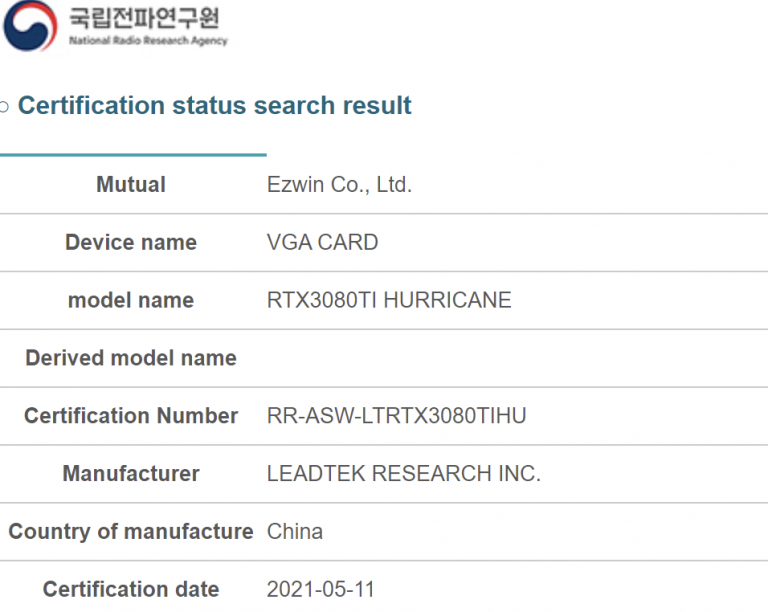 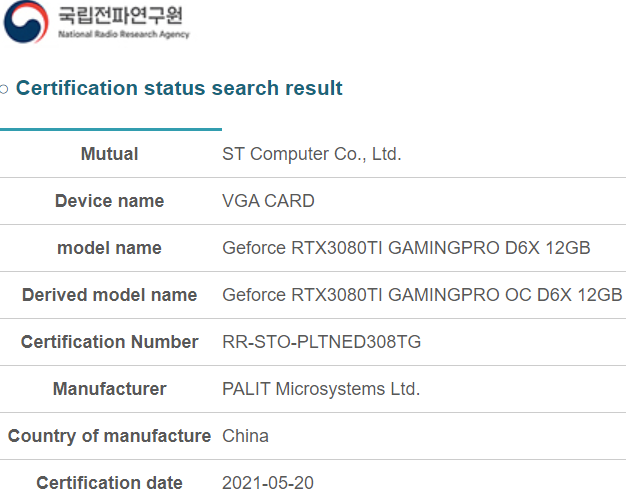 New models are not expected to look any different than existing RTX 3080 versions. Both designs are triple-fan designs with a thickness of 2.5-slot. In short, these cards are often considered semi-custom design, as they feature fully custom coolers, but board layout is essentially based on NVIDIA reference design, in this case, equipped with dual 8-pin power connectors.

NVIDIA is set to announce its RTX 3080 Ti graphics card at Computex on May 31. The sales should begin in early June.